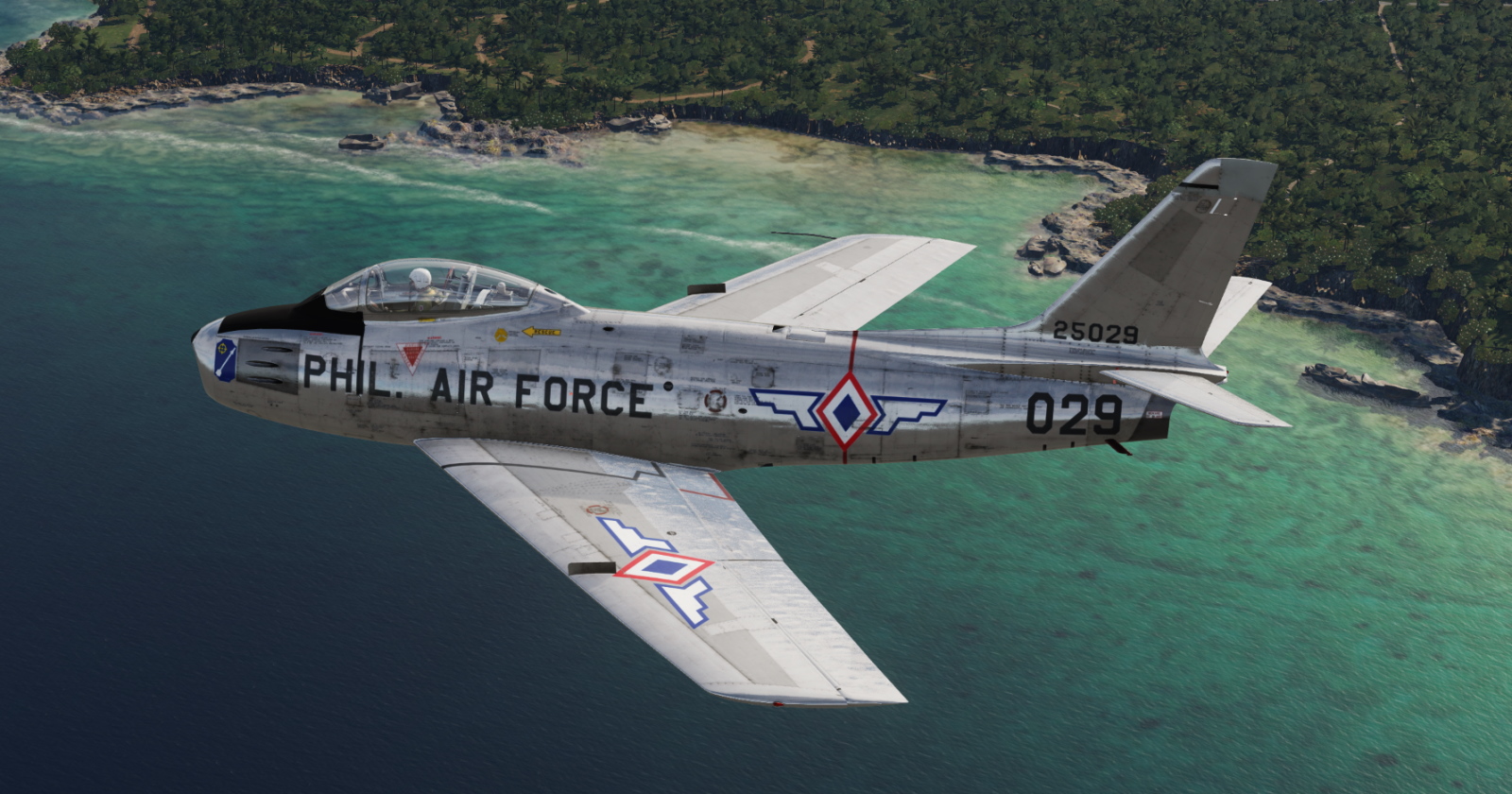 The Philippine Air Force (PhAF) first received the Sabres in the form of F-86Fs in 1957, replacing the North American P-51 Mustang as their primary interceptor. F-86s first operated fr om Basa Air Base, known infamously as the "Nest of Vipers", wh ere the 5th Fighter Wing of the PhAF was based. The most notable use of the F-86 Sabres was in the Blue Diamonds aerobatic display team, which operated eight Sabres until the arrival of the newer, supersonic Northrop F-5. The F-86s were subsequently phased out of service in the 1970s as the Northrop F-5 Freedom Fighter and Vought F-8 Crusaders became the primary fighters and interceptors of the PhAF.
Теги: F-86, Sabre, philippines
ПРИСОЕДИНЯЙТЕСЬ К НАМ