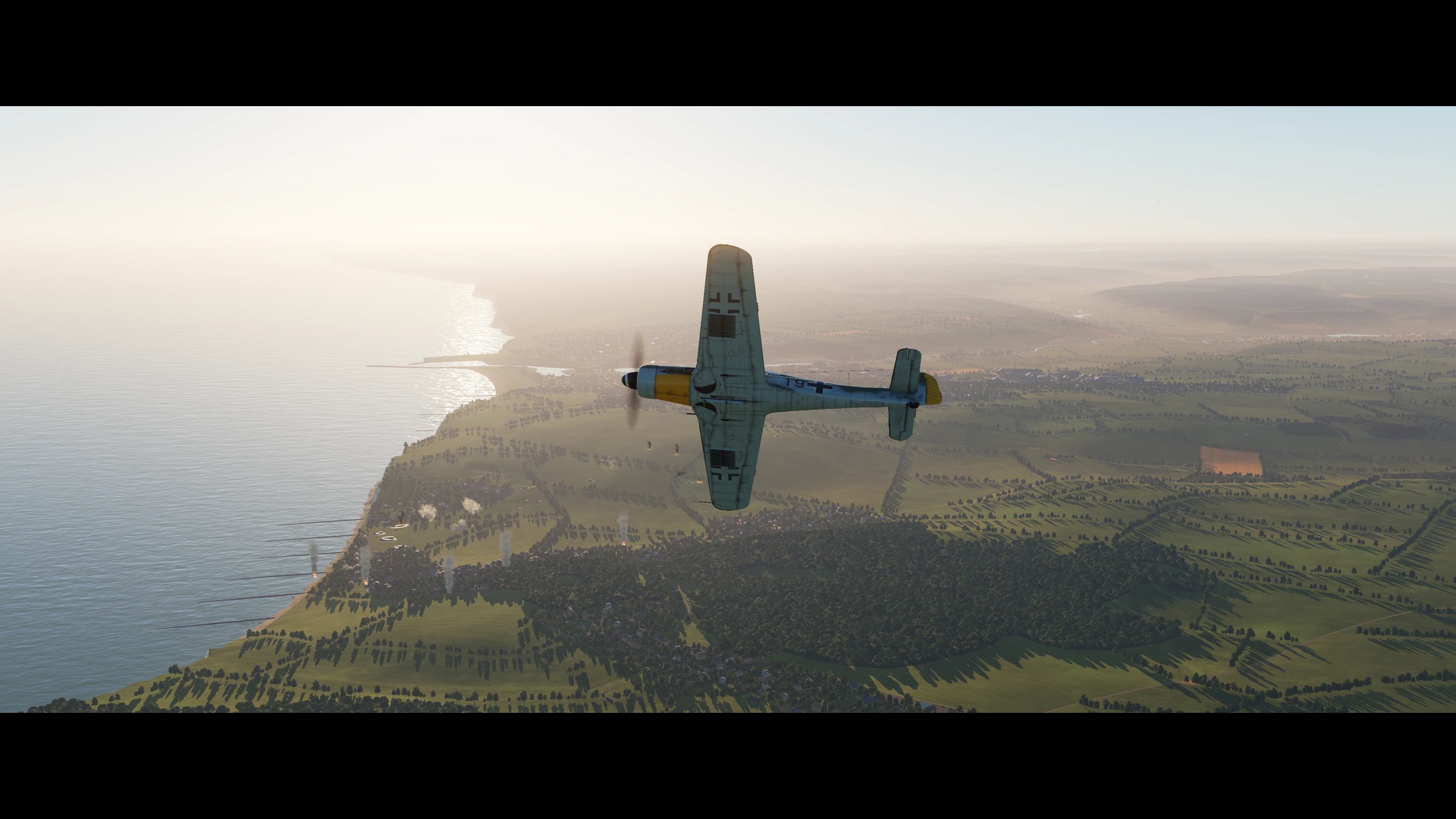 You are NCO Bruno-Richard Schulz in the Schnellkampfgeschwader 10 dive bomber wing I. Gruppe.

Stationed at Abbeville, You and your Wingman Otto Bertram are the first call when ever re-inforcements are radio'd for..
As each mission takes your skills to a new level, your missions become tougher and tougher, needing a new set of tactics to overcome the rising odds to defend the Third Reich, in the Air Battles over Europe.

As you fight the advancing forces, delivering air strikes at home, and upon British soils. You hope each mission will be your last, as your only dream is that your family at home will find peace with the world soon.
You are the first group of the Schnellkampfgeschwader 10, and this may be the very last time you experience the cockpit.

You didnt choose to start the war, but youll do your best to defend your family back home, and keep honour among air brothe

If you can read german and english, please message me on our sub, there arent many words to translate but im sure our relatives in Deutschland might enjoy this alot more than we have.

This Campaign Does NOT need the WW2 asset pack, You only need The Channel and the Fw190 D9.
Feel free to swap the 190 for the 109 if you'd rather use the Messerschmitt Bf 109.
The assets fr om Flaming cliffs are that old, that they look like they're fr om WW2, so we just used them, and it kinda works.

A while back a squad member asked for this Campaign -so I made it, and now im sharing it.
Hopefully, its enough to get you interested in the Warbirds..

Theres an Easy Campaign Labelled E at the end, wh ere you start in the air, and all you have to do is the objective, and youre through to the next mission. You dont even have to land, so try- It wont do you any harm..
And a Hard Campaign Labelled H at the end, wh ere you start cold, and have to bring the Dora home to pass the mission, you quite literally have a proper job to do to get through each mission..

The easy campaign can be completed by throwing a bag of skittles at your keyboard once or twice. The only thing you really need to know, is the gun sights.
The hard campaign youll need to watch your ammo, tactics, fuel, and in some missions youre pace, I promise youll need to think tactics quite a few times, before the mission can be completed. But each mission has been completed. It just takes tact.
Being a hotshot wont help you, unless you can tell your flight team what to do and prioritise mission engagements.

VR not bad through the campaign- However...
Mission 2 is a struggle, It works on a 2080ti, but there are limited units and i think as we've used effects to create a Battlefield (see trailer) DCS- has to work a little harder, however- Without the effects the mission just didnt feel immersive. It felt a little plane (Fw pun right here).
Mission 1 we used nearly a thousand ground units, it runs fine..

Both campaigns have been tested, We've numerous bugs in and around the Channel, and they cant be helped. But it works despite all of them.
Im sure all the bugs will go as soon the Map is finished.

At least we've still got a Free and playable Channel Campaign for the Fw 190 D.

*Sometimes the AI flies into trees at the end of the runway. Ive cleared the objects, but they'll do it randomly anyway..
*Sometimes the enemy AI on the Hard Final Mission, ignore you. Youll attack and sometimes they just wont care, sometimes they will.. It depends how theyre feeling.
*Your wingman, ALWAYS attacks the lead enemy first, even if they dont see you, your wingman will see the enemy in formation fly past the enemy wingman form up on his nose then turn in, and start shooting at the lead, which in turn means his wingman kills YOUR wingman instantly.

Ive tried everything to fix these bugs, but until hot-fixes are released, were stuck.
The campaigns play until you reach the hard finale. Then youre 50/50 wether or not the DCS fairy waves her wand..
Hopefully, the bugs will go with time.

If your interested in a part 2, or would like to have a mission/campaign for another module, Just let us know...