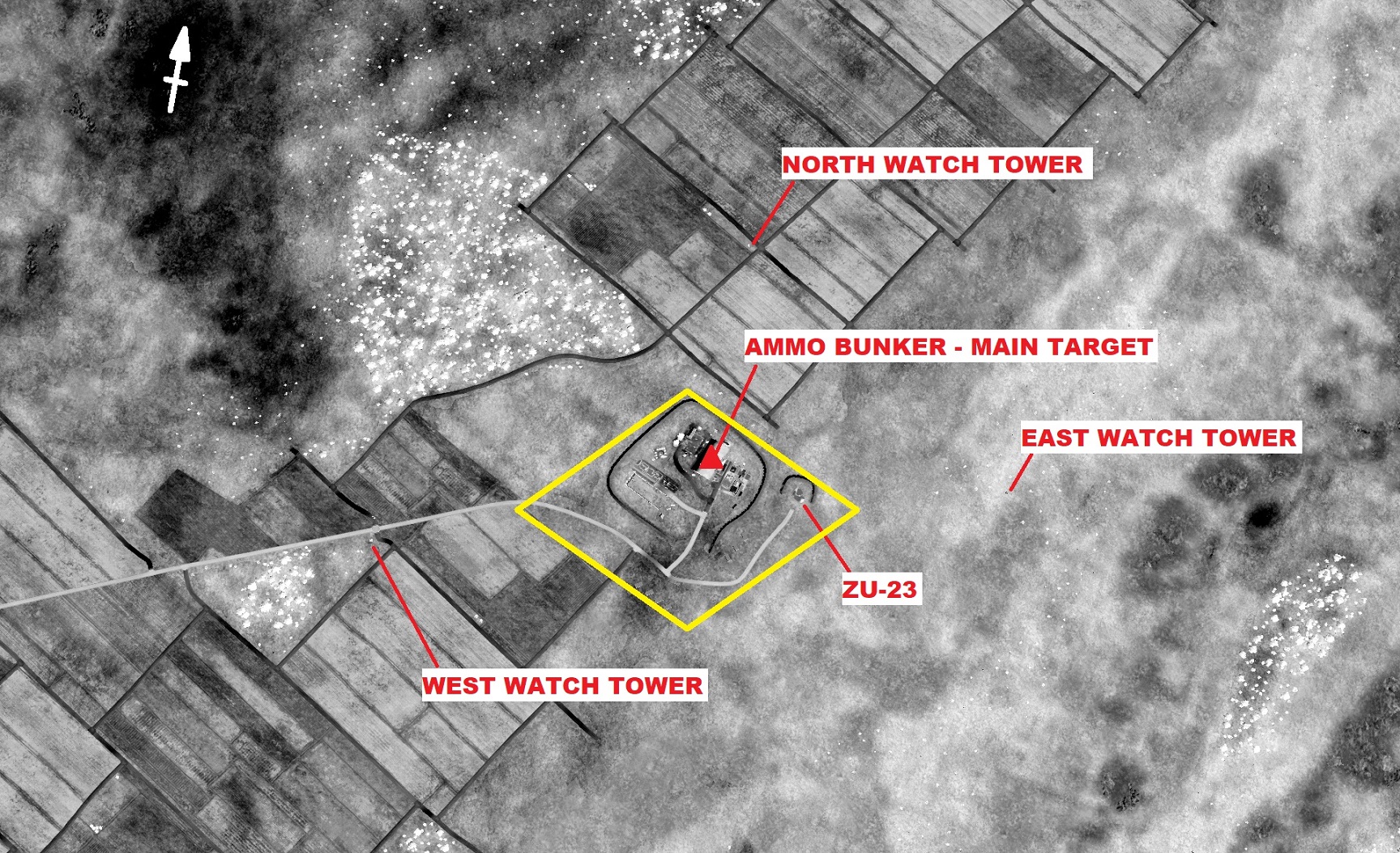 You are based at Incirlik AB (Turkey) as part of CJTF-OIR.
Intelligence recently discovered an insurgent training camp 25nm south-east of Aleppo city (bullseye). The enemy activities in and around this camp, have been closely monitored for the past couple of days. Proof has been gathered that the bunker (as shown on the satellite pictures) is used for ammo and explosives storage.

Your flight package is tasked with the attack on this camp.

(My idea is, to port this mission over to the Viper, once the Viper is more feature complete)

You are free to choose a different loadout, however try to follow the preplanned waypoints. Moderately diverting fr om the preplanned flight route or not damaging the main target will result in a mission failure. (Tip: Maybe at least leave one Mav under your wing, just in case anything else comes up)

Once you return to base, the mission will end when you are parked in front of your HAS (marked on F-10 map) and battery power is switched off.