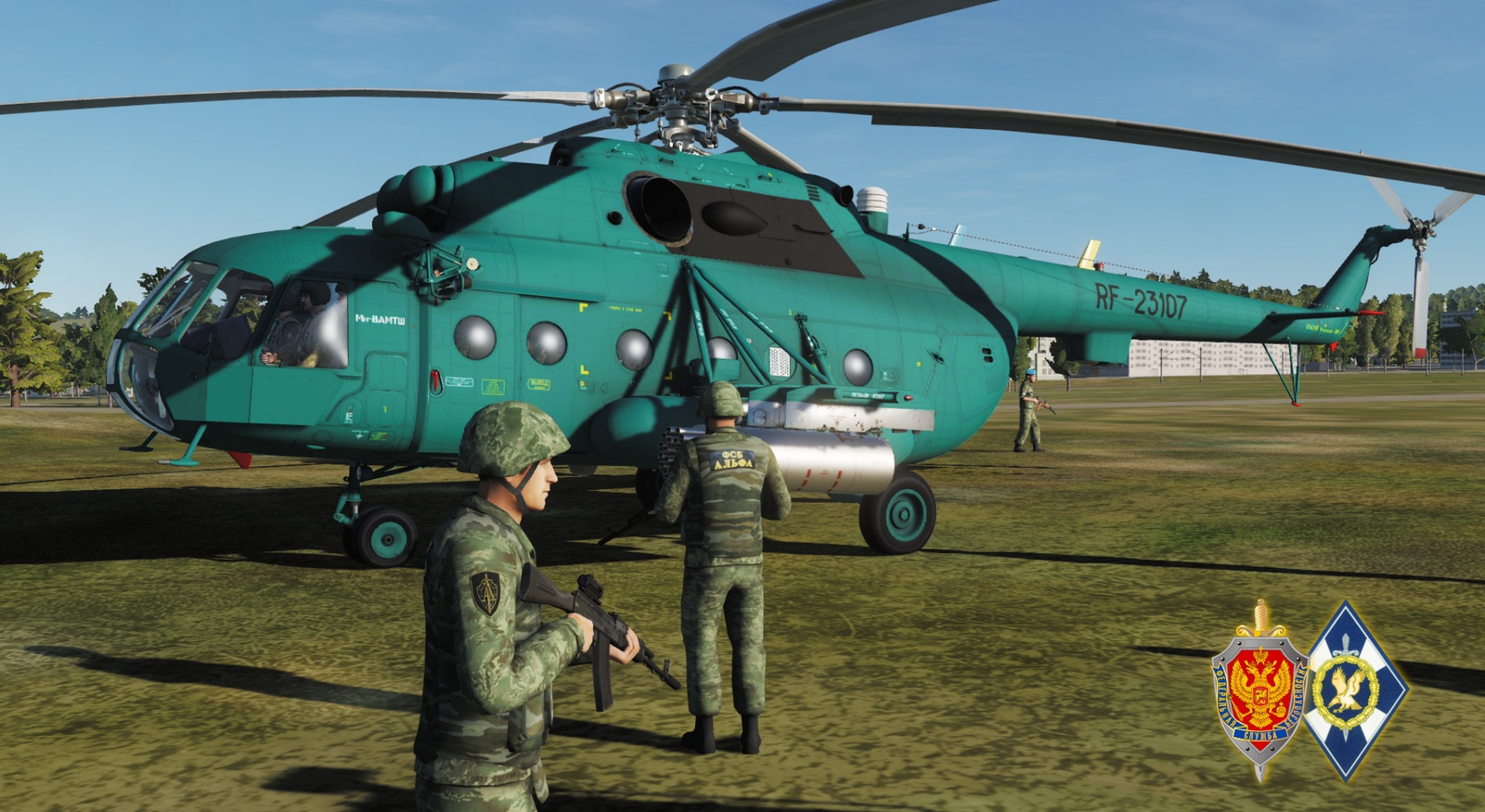 This Mi-8 model is a modified version of the Mi-8 AMTSha helicopter, and it is used by the FSB Special Forces known as "Spetsnaz". These groups are famous for their highest professional level in counter-terrorism activities and also in other special operations.

The green color of this painting is used by a few other FSB helicopters which are also used by Special Forces".


These are the improvements made for the textures of this russian "FSB-Spetsnaz" Mi-8 helicopter:

3 - The skin contains all the same symbols, warning marks and adhesives, just as they are seen at the fuselage of the real Mi-8 helicopter "RF-23107". These symbols in real Mi-8/17/171 helicopter models are used to identify the places for electric charging, drains, oil, fuel, anchorage and others. These symbols and marks were made according to real russian standard dimensions.

4 - The FSB Mi-8 pilots wear camo uniforms containing two patches, one is the FSB badge and the other is the russian FSB Air Force badge.