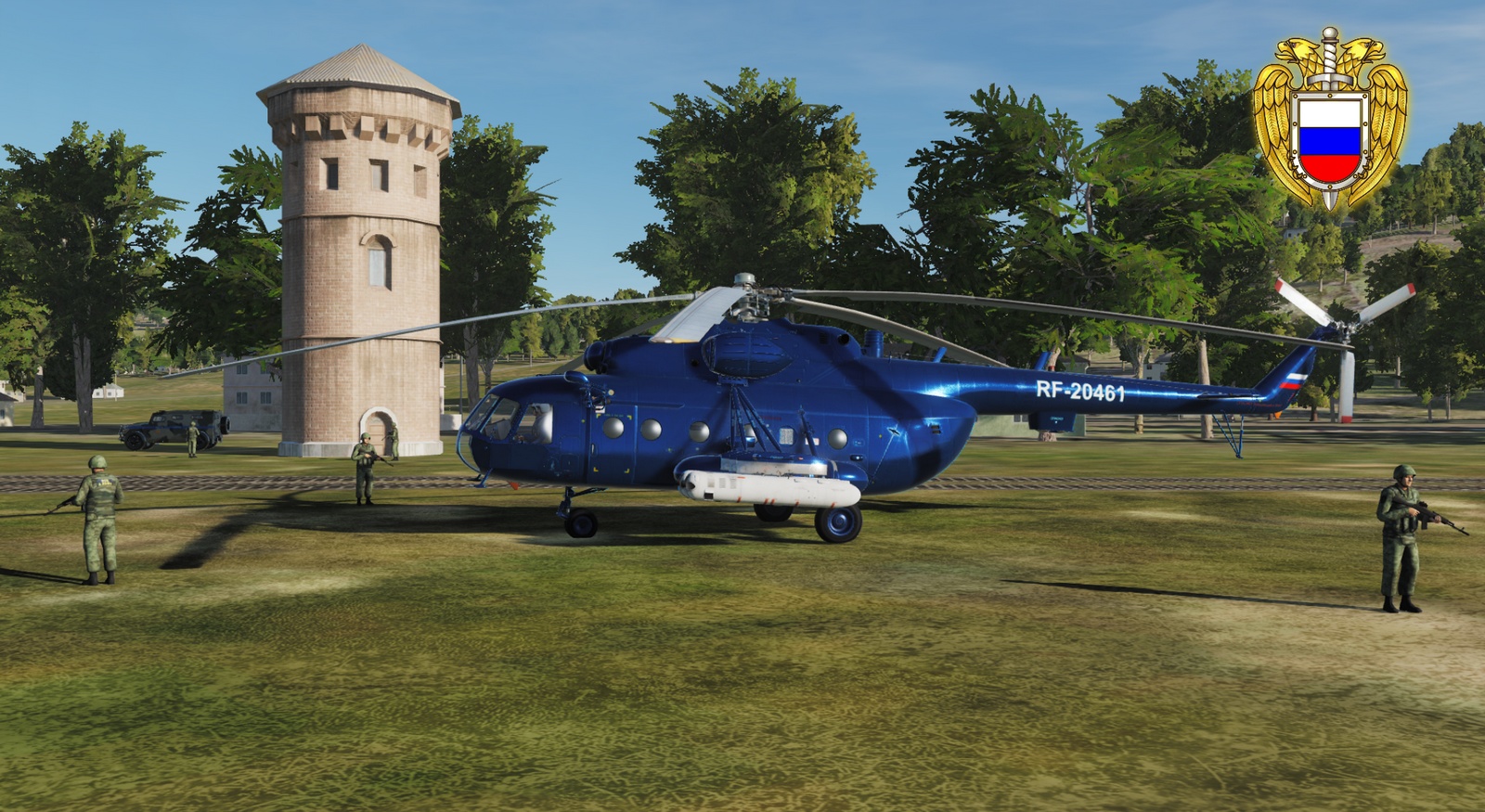 Тип - Текстура
Автор - chbn
The skin texture was based on the real russian helicopter id number "RF-20461", that belongs to the "FSO" ( Federal Protective Service ) of the Russian Federation, or in russian "ФСО" ( Федеральная Служба Охраны - Federal'naya Sluzhba Okhrany ).

This Mi-8's texture reproduces the blue metallic color that is a characteristic painting of the FSO helicopters and vehicles which are used by the FSO Special Forces.

The FSO of Russia has an important role in the protection of the russian President, the Kremlin and many other high-ranking state officials, the control and protection of the State facilities, as the prevention, detection and reppression against threats and attacks on objects of interest of the State.


These are the improvements made for the textures of this russian "FSO" Mi-8 helicopter:

3 - The skin contains all the same symbols, warning marks and adhesives, just as they are seen at the fuselage of the real Mi-8 helicopter "RF-20461". These symbols in real Mi-8/17/171 helicopter models are used to identify the places for electric charging, drains, oil, fuel, anchorage and others. These symbols and marks were made according to real russian standard dimensions.

4 - The FSO Mi-8 pilots wear blue uniforms containing two patches, one is the Flag of Russian Air Force and the other is the FSO badge.