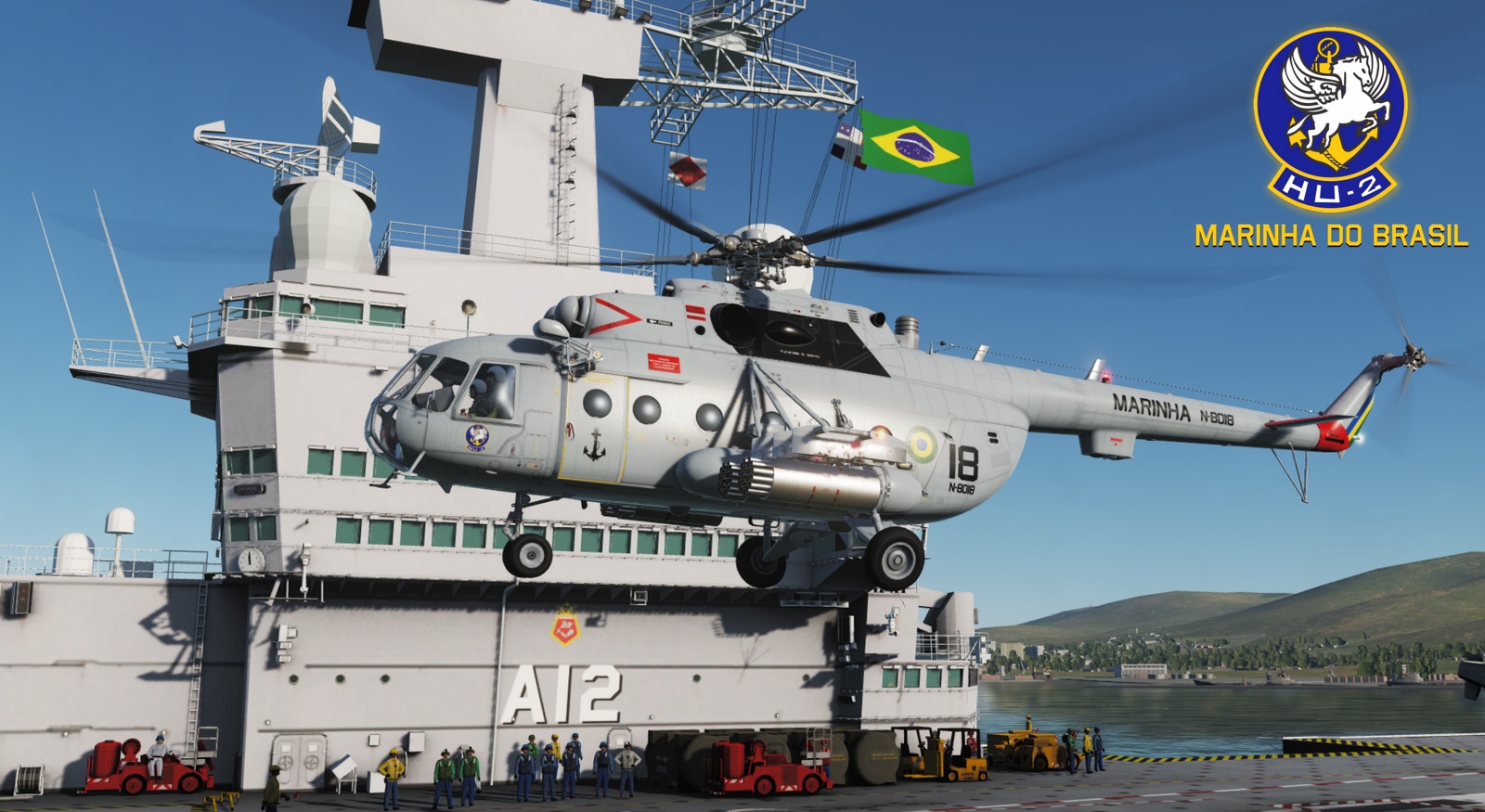 Тип - Текстура
Автор - chbn
This is a fictional Mi-8 skin texture of the "Esqd HU-2" ( 2nd General Employment Helicopter Squadron ) of Brazilian Navy ( Marinha do Brasil ), it was inspired by the real painting of the old Sikorsky S-61 ( SH-3 ) helicopters of Brazilian Navy, but also on the new Eurocopter EC-725. Although Brazil uses some Mi-171 helicopters, they are not used by brazilian military forces.

The "HU-2" Helicopter Squadron of brazilian Navy are used by Marines and other Navy Special Forces.


These are the improvements made for the textures of this fictional Brazilian Navy "Esqd HU-2" Mi-8 helicopter:

3 - The skin contains all the same symbols, warning marks and adhesives, just as they are seen at the fuselage of real helicopters of Brazilian Navy. These symbols in real Mi-8/17/171 helicopter models are used to identify the places for electric charging, drains, oil, fuel, anchorage and others. These symbols and marks were made according to real russian standard dimensions.

4 - The fuel tank has also an adhesive containing data about the fuel tank, as the tank type, total capacity, weight and date of the approval.

6 - The Mi-8 pilots wear green uniforms containing two patches, one is the Flag of Brazil and the other is the "HU-2" squadron" badge, just like the ones used by real brazilian Navy's helicopter pilots.