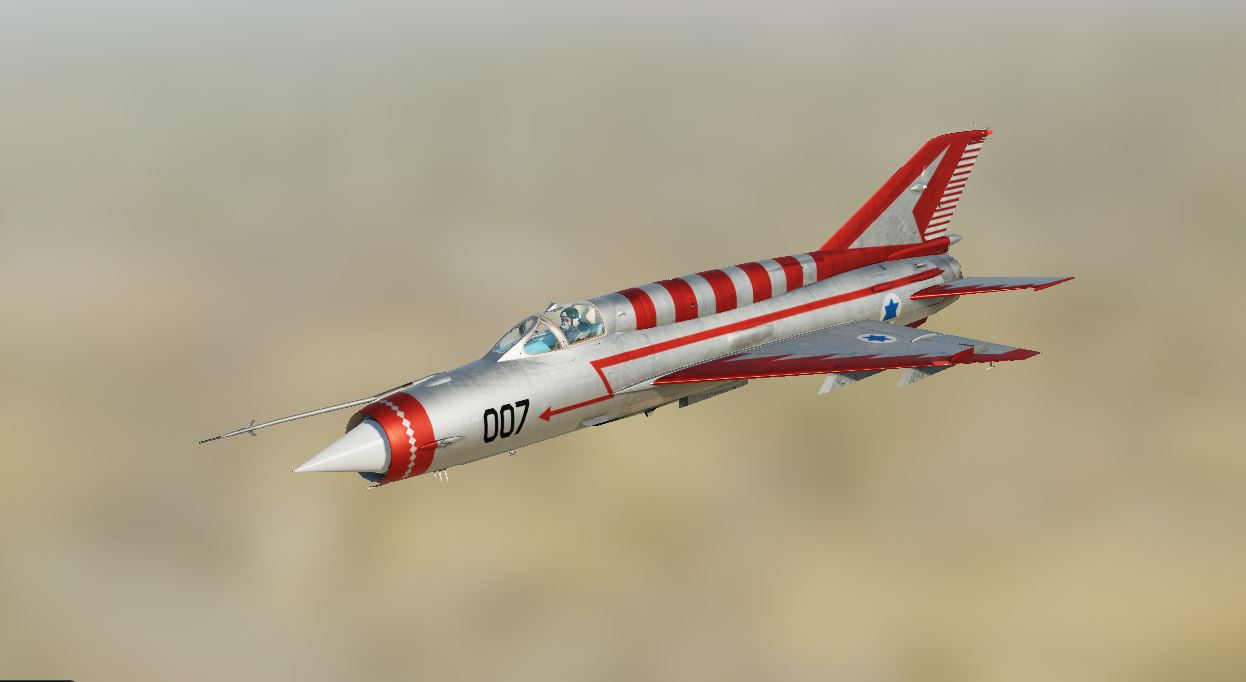 In 1966, following an intricate operation by Mossad and IAF intelligence, an Iraqi Pilot (Munir Radfa) defected to Israel. The aircraft was painted in Israeli markings and was intentionally given the number 007 - After the famous fictional spy - James Bond.

When Sir Sean Connery died in 2020, The IAF twitted the following statement, with the attached picture:
“In 1967, Connery visited Israel and took this historic picture with then IAF Commander Maj. Gen. Moti Hod with the background of an Iraqi MiG-21, numbered ‘007’ after Bond. RIP.”

Version #2 - 21.11.2020:
Skin updated due to recent changes to the livery files - it now works as intended and with better Roughmet files.
If you're replacing the previous version, you should delete the old one and place the new one instead since the files are entirely different.