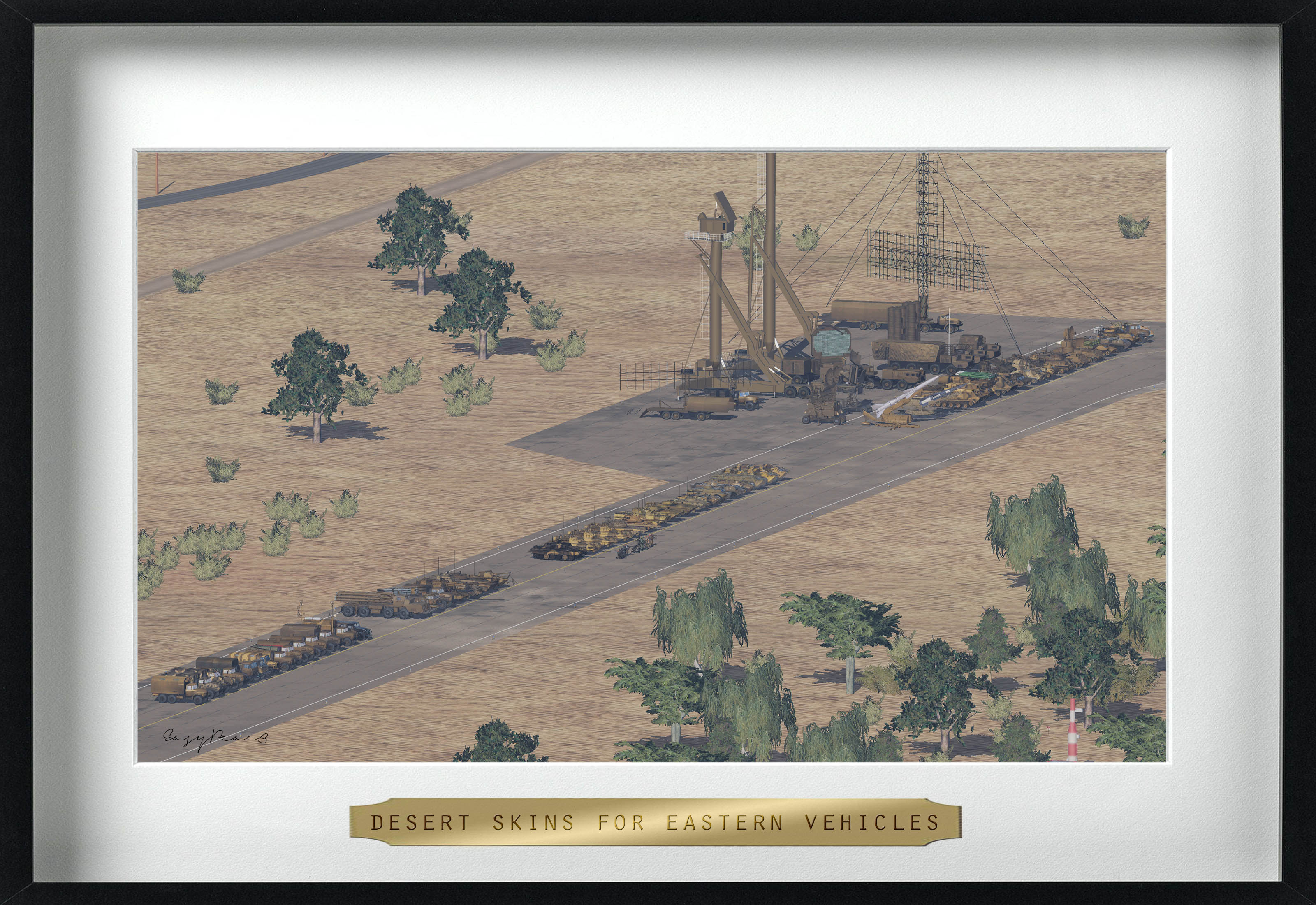 Тип - Текстура
Автор - Easypeac3
It's just a quick retexturing of the ground vehicles to match the desert environment. Just cut most things out and 'recolored' the basic texture. At least they're no more green...

This started out as an iranian army project for myself. I just wanted to match the vehicles the environment. The first few looked quite nice in modelviewer, so i decided to change all vehicles to some kind of a desert look. And usable for all countries.
I really just cut out the important things and recolored the basic texture. That's it. I tried to match the colors, but didn't spent a long time with it.

79 different vehicles and soldiers have now a desert skin you can choose. A few iranian skin are still left too.
You can choose the 'desert' texture for every 'vehicle' in the missioneditor. Even for all those you couldn't before, because the naming of the vehicles in ED's lua's and the livery folder are messed up for some and a few where just not added in the liveries folder. ED is in the process of updating the groundvehicles, so maybe it's that.

I think they're quite ok for fly overs, so i release the eastern part now. The western part is on the way...

As always, if you have some suggestions, please write them in the comments.