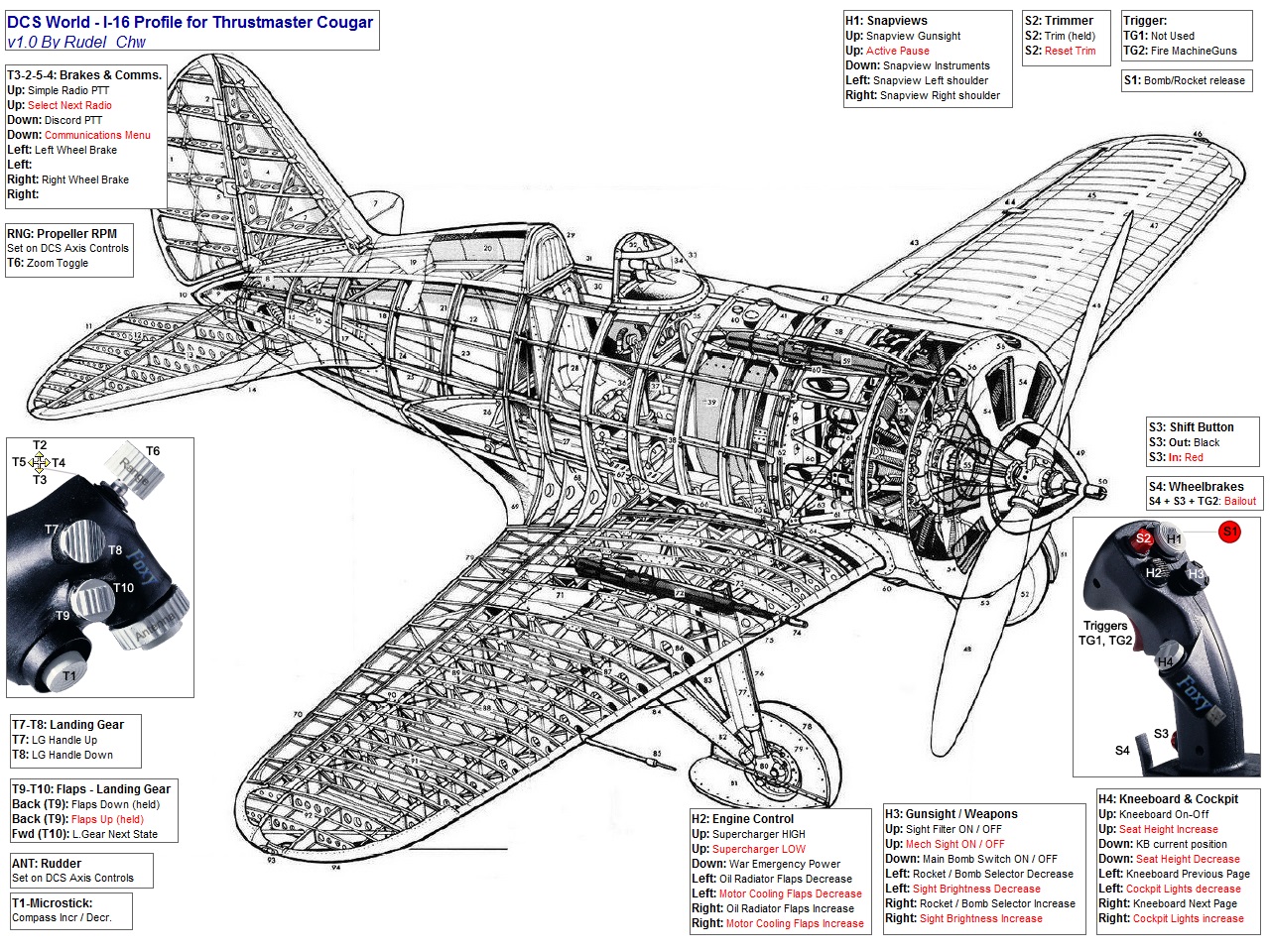 Тип - Профили устройств
Автор - Rudel-Chw
ThrustMaster Cougar Profile for DCS World I-16, for use with the TM Foxy software, that is needed to download it into the Cougar's memory.

Cougar Mode:
After downloading the Profile into the Cougar memory, make sure that on the Cougar Control Panel the mode "Button & Axis emulation" is ON (green).

Where to put the Files:
Put the four files of this Profile, on the folder  Program Files (x86)\HOTAS\Files, preferably within its own individual sub-folder.

Track IR
This Profile is designed to be used with TrackIR. It has no buttons setup for view control.

Rudder Pedals
Since I dont have Rudder pedals, I've designed this profile so that the ANT rotary can be assigned as Rudder, since it's easy to control using your thumb. Assign the Axis on Option-Controls within DCS.

Special Functions of this Profile:

1) Even tough the I-16 has no trim feature, I've enabled the button S2 to work as a trim-button. To use, simply manuallly adjust the desired flight attitude of the plane and then quickly press and release the S2 button, then release the Stick and the airplane should now be trimmed. It may take a couple of tries to attain a perfect trim.

2) Press simultaneously the buttons S3, S4 and the Trigger (TG2) of the Joystick, during half a second, to initiate the Bailout sequence.

3) The Cougar has a dual contact trigger (TG1 and TG2), this Profile uses the second contact to fire the machine guns, the first is not used, so when firing be sure to press the trigger all the way.

4) The RNG rotary can be used as RPM control, Assign the Axis on Option-Controls within DCS. However, its T6 button is used to maximize the view zoom.

5) The profile requires some special bindings to be made by the user on DCS: