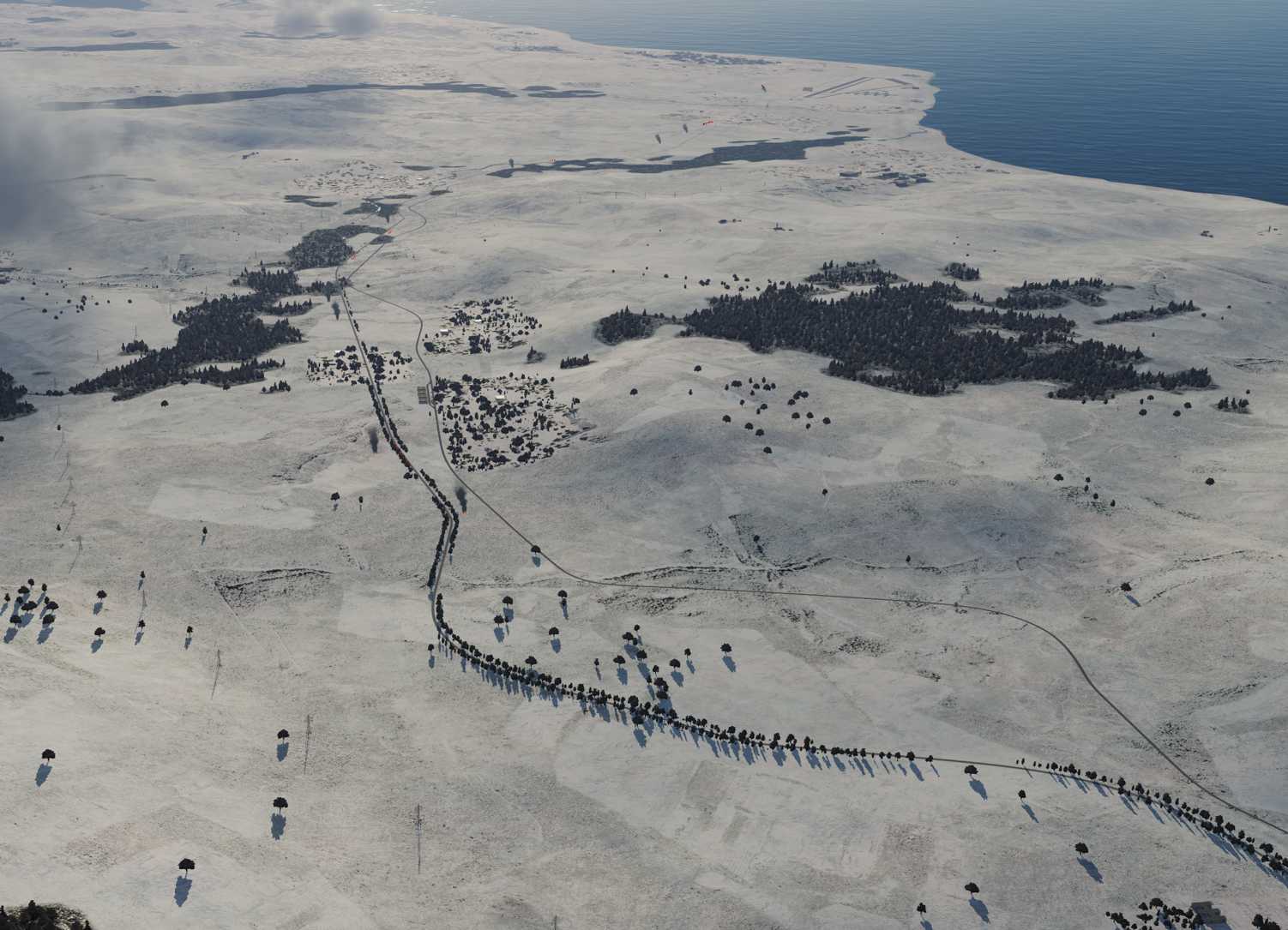 Тип - Одиночная миссия
Загрузил - Habu_69
This mission is sixth of a set of six single-player missions related to a combined NATO/Republic of Georgia effort to repel a Russian invasion of Georgia along the Black Sea coastal plain in February 2020. Player flies F/A-18C support missions from the USS Stennis. Each mission includes a mission data card, voice messages and a custom kneeboard, especially helpful to VR users. MISSIONS INCLUDE MODS. I include mods because they help bring the somewhat sterile DCS worlds to life and enhance the player’s experience. Feedback welcome. Enjoy.