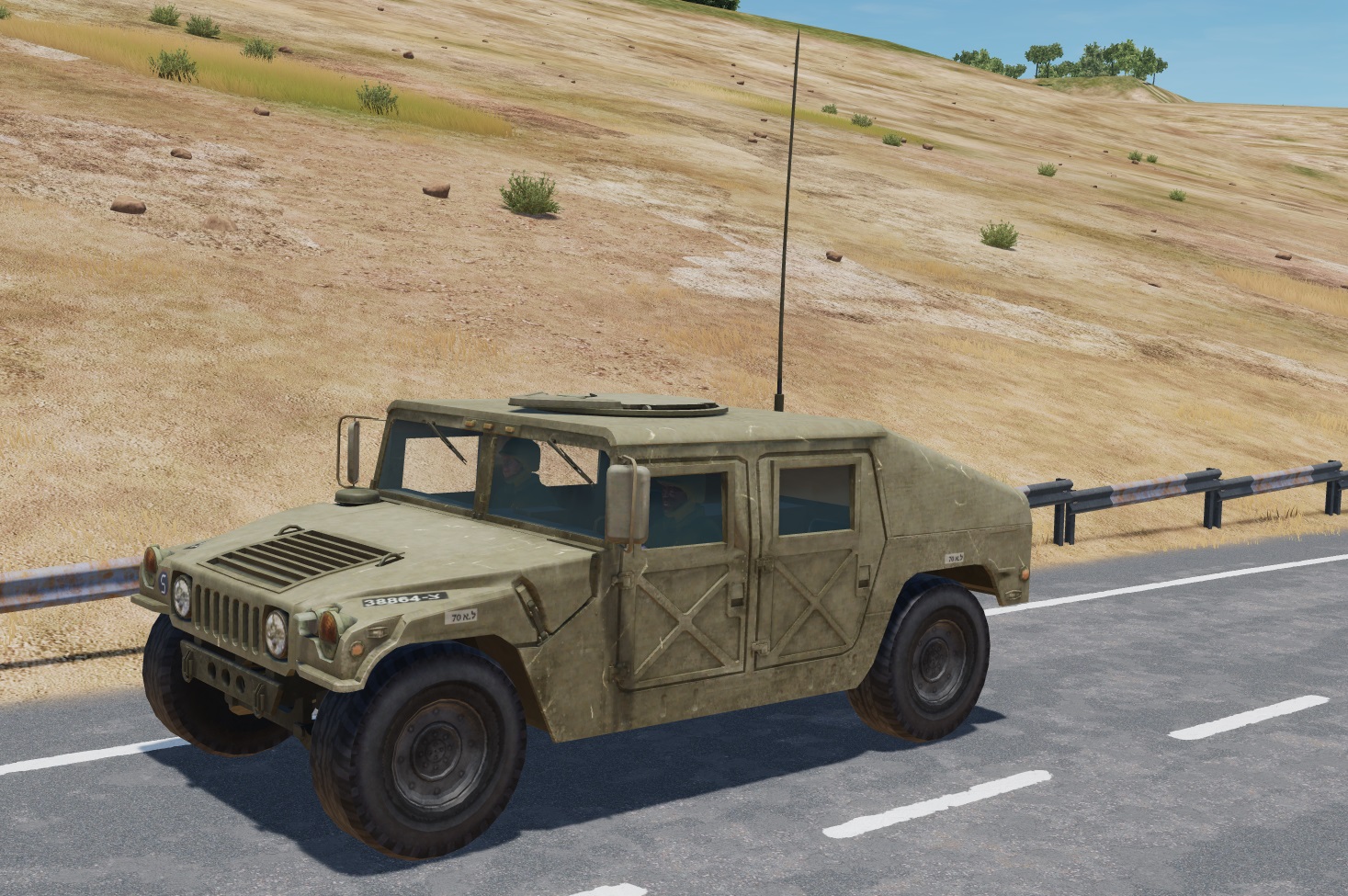 This is a JSGME version . 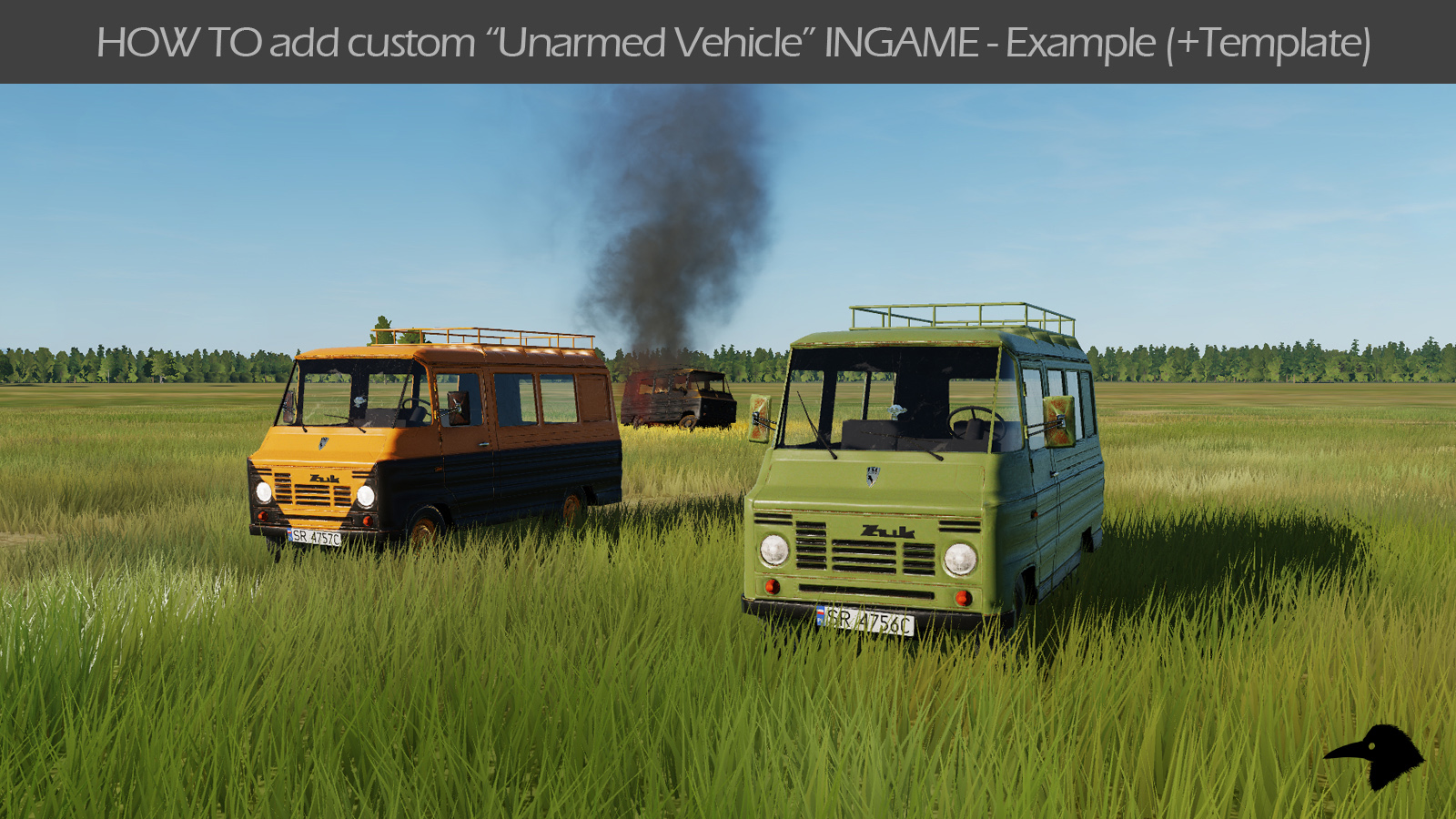 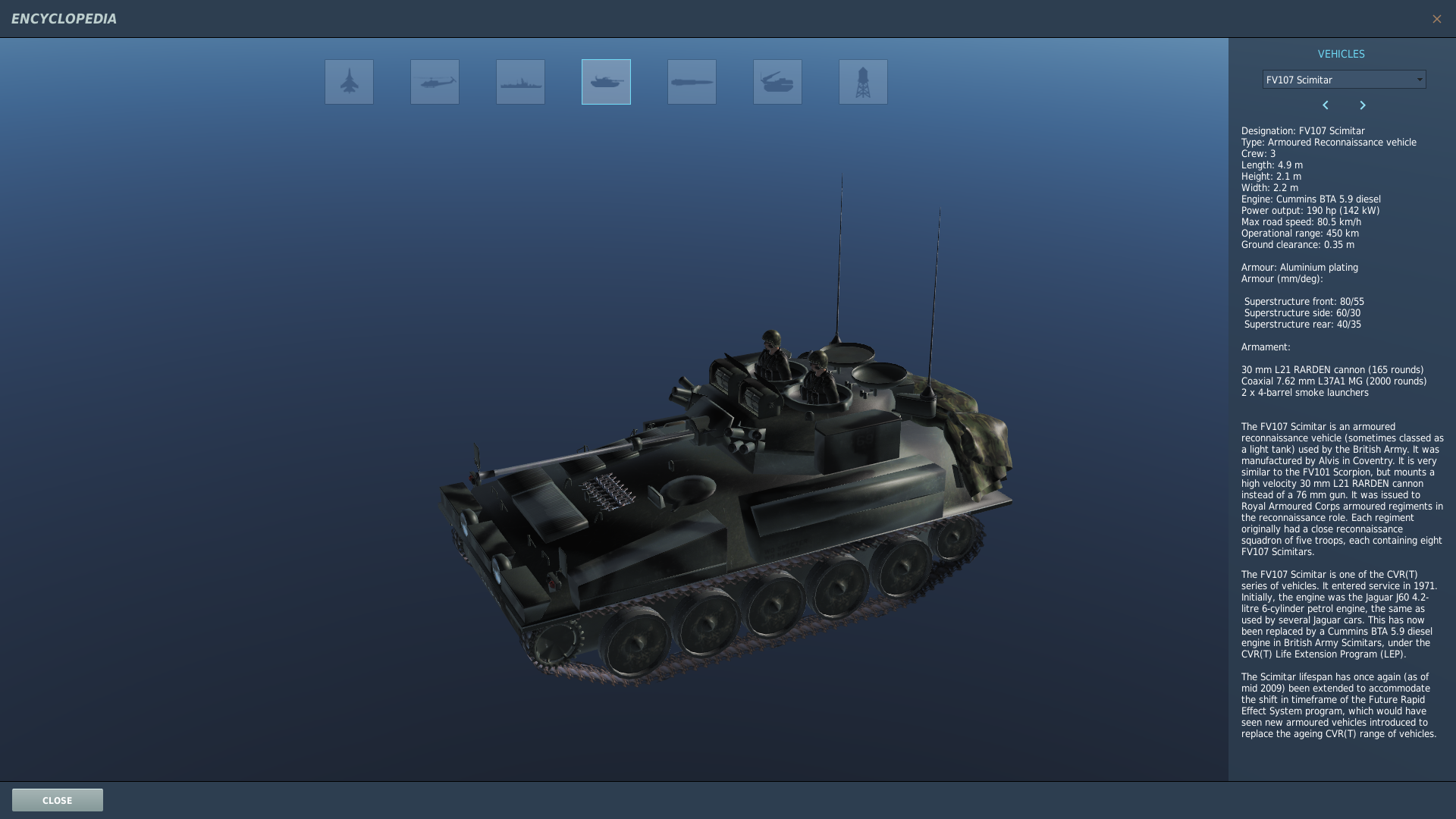 Tipo - Mod
Autore - mithandra
The FV107 Scimitar is an armoured reconnaissance vehicle (sometimes classed as a light tank) used by the British Army. It was manufactured by Alvis in Coventry. It is very similar to the FV101 Scorpion, but mounts a high velocity 30 mm L21 RARDEN cannon instead of a 76 mm gun. It was issued to Royal Armoured Corps armoured regiments in the reconnaissance role. Each regiment originally had a close reconnaissance squadron of five troops, each containing eight FV107 Scimitars.
Tags: recon, Vehicle, combined arms
Scarica Dettaglio
Precedente 1 Avanti
FOLLOW US