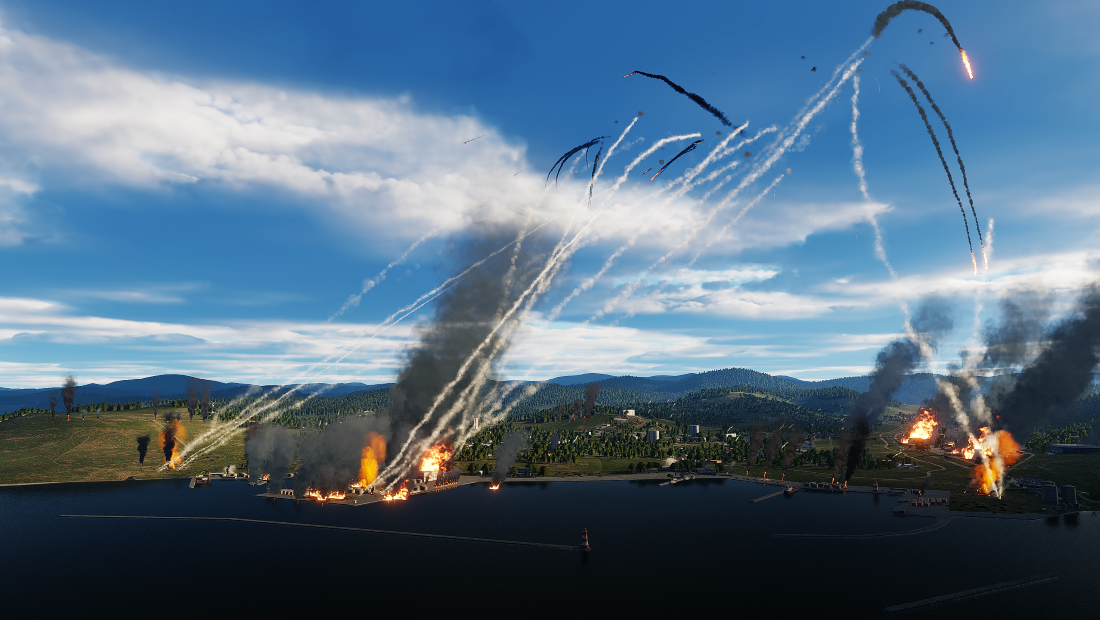 Tipo - Missione Singola
Caricata da - AaronTurner
This is my 1st mission designed specifically for the F-16C, A-10C, & A-10C II armed with cluster munitions, but most airframes can be used with any loadout you prefer.

This is not a 1 and done op.  It'll require multiple takeoffs and landings.

The scenario takes place at a time where upcoming politicians in Russia seized power and are aiming to make amends with Ukraine, strengthen Western ties, and regain Russia's former glory as the nation that single-handedly defeated Nazi Germany in Eastern Europe.  Extremist factions are outraged.  They were hoping the West and Russia would've destroyed each other.  During the Ukraine conflict, these groups amassed large amounts of weapons and equipment.  With the vast number of countries invaded/occupied by Western and Russian forces in the past, extremists had no problem gaining financial and military support from corrupt politicians all over the world.  Now, they aim to strike while the West and Russia are still negotiating peace.

All aircraft start cold.  You can choose which aircraft support you during the mission using the F-10 radio menu.
***WARNING: Most systems won't be able to handle calling in more than 4 support groups due to CPU limitations***

After completing this mission, you should be proficient with startup procedures, employing cluster munitions using the F-16C, A-10C and/or A-10C II, and evading IR SAMs.

The tagged airframes can also be used with any loadout you prefer, but the mission will take significantly longer to complete.

Note: The file size can be greatly reduced if you delete the images included in the download.

Note: The mission time and weather can be adjusted in the Mission Editor, but the utilized ground units don't seem to engage enemies on higher ground at night.