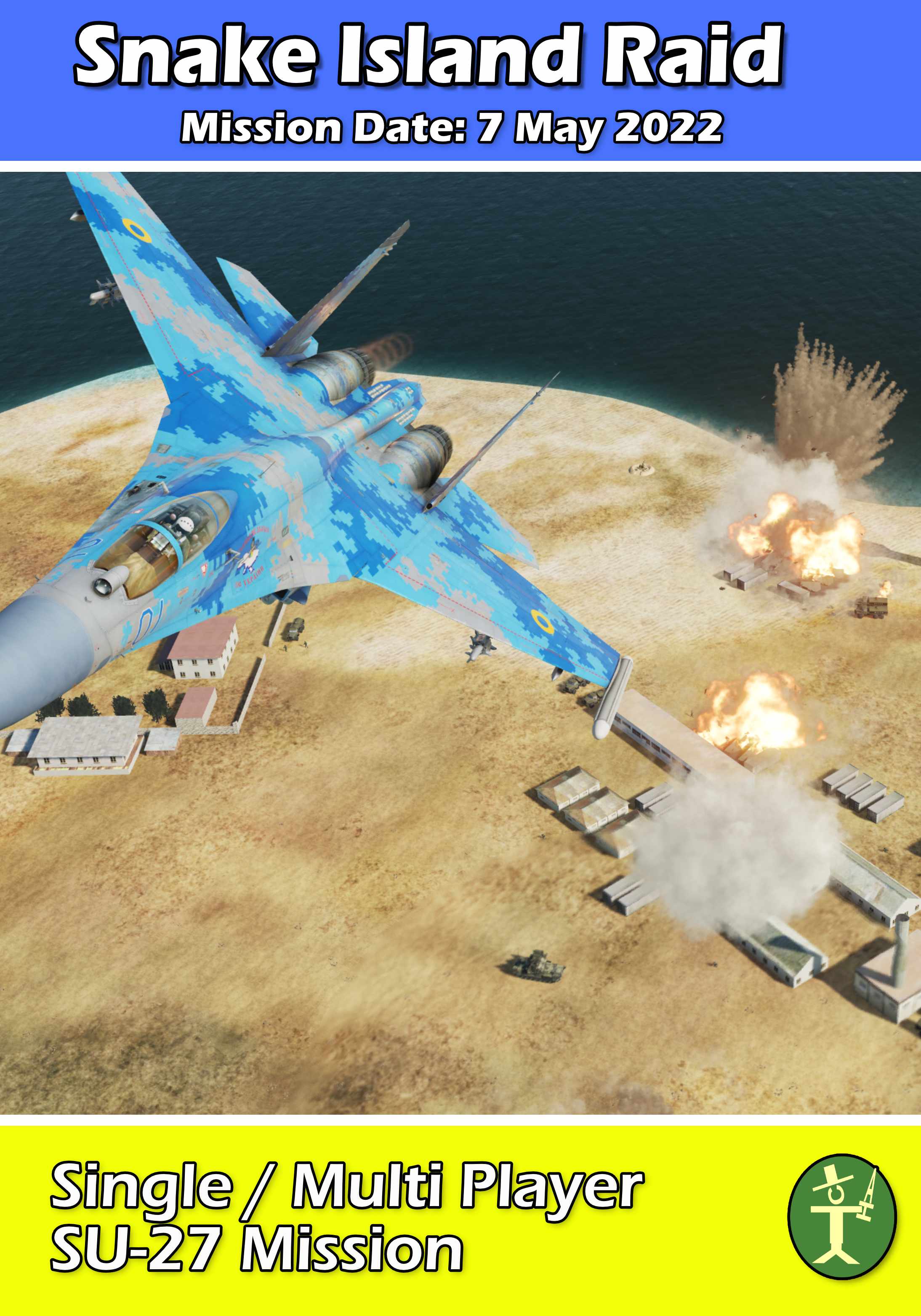 Tipo - Missione Singola
Autore - chattytumbler
7 May 2022
As part of the Russian-Ukraine conflict, Russian forces continue to build up their military presence on the tiny, but strategically important, Snake Island (Zmiinyi Island).
They have recently managed to land some mobile air defence vehicles and the area is currently covered by an SA-15, two SA-13 launchers plus several ZSU-23 AAA guns. Left unchecked the Russians will be able to land more long-range SAM and anti-shipping missiles giving them dominance in the Black Sea.

To counter this threat the Ukrainian Air Force is planning a high risk, ultra-low-level bombing strike on the island.

You are callsign Raider, one of six Ukrainian SU-27's available for this sortie. Your aircraft is armed with 4 *FAB250-M62 general purpose bombs. ECM pods are fitted to your wingtips. You have enough fuel to remain on afterburner for almost the entire sortie.

A reconnaissance image of the island available on your kneeboard.

Get airborne and fly VERY low level towards the target area. Expect to be at 20 metres or lower on your final approach to the target! You will need to be flying as low and as fast as possible in order to minimise the risk of being engaged by the three SAMs stationed on the island. If they spot you then you are unlikely to survive without using ECM and countermeasures.

Sortie Duration: 10-15 minutes - it's all about dropping bombs from 20 metres rather than flying for hours!

-- This mission was inspired by a recent YouTube video from the Grim Reapers Squadron.
-- Snake Island is not shown in the Caucasus Map so I've had to use one from Persian Gulf.
-- Other than Flaming Cliffs 3 no addition modules are required.
-- Can be played solo or as part of a group of up to six pilots.