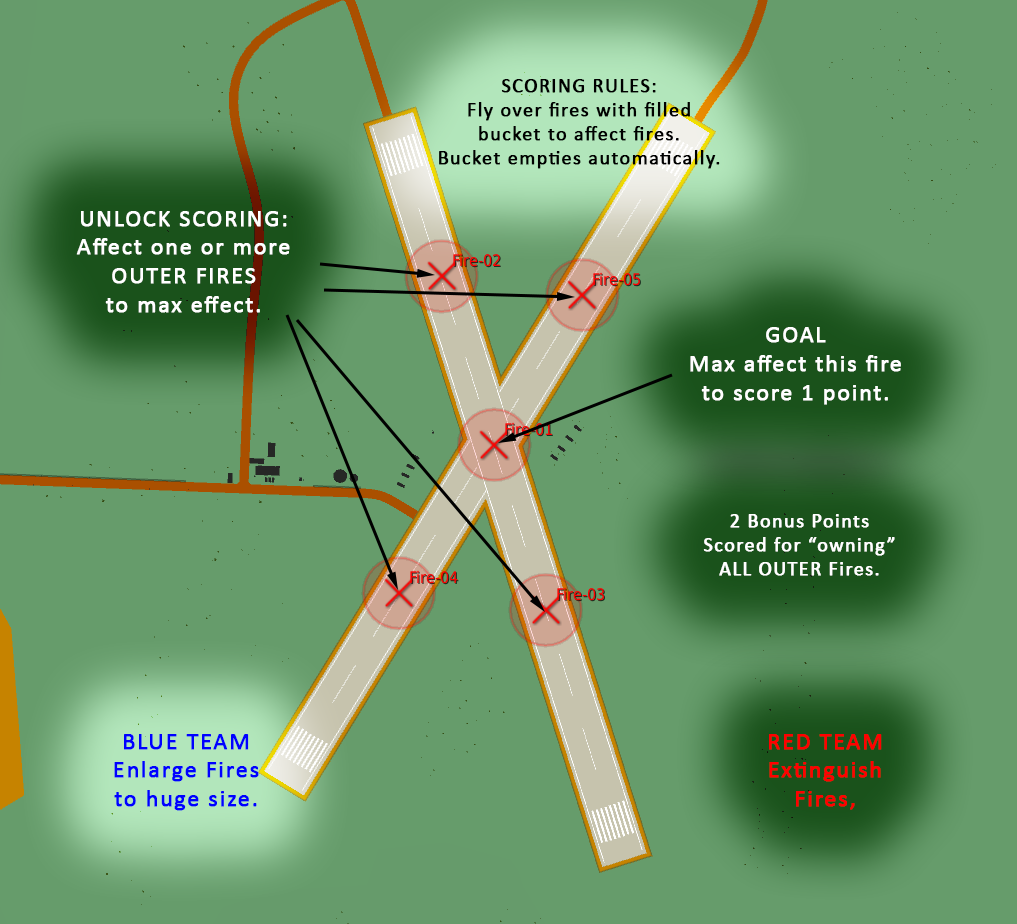 Play a version of "King of the Hill" with firefighting buckets and UH-1H Helicopters over the most bombed airfield in Caucasus.

Fill and dump buckets onto fires, knock down at least one outer fire to unlock the inner one. Hit the middle fire to score points. First team to (a settable score) wins the round, and the fires reset.

This mission includes many triggers to cause the fires to grow and shrink.

To set the score for a round, edit the mission. The first trigger is "Set Round Score", alter the action "Set Flag Value", and change Flag 999 to your desired max score per round. (Default is 3 points.) Whenever a team reaches or exceeds this score a round winner will be announced, and the field will reset. Once helos are started and have buckets it takes about 4 minutes (with the bug described below) on average to score a point unopposed (the first point takes longer, follow up points require fewer runs, so take less time).

All fires start at a level where teams need to hit that fire twice to capture it.

Be careful of terrain, everything is measured to be a fair match, but buildings and trees can still smack your bucket off. Wind slightly favors Red Team, but Blue Team's refill zone is easier to hover in.

Known Bugs:
Briefings and messages say "Hover below 100 feet" to refill the bucket. The altitude and airspeed detection is actually bugged. (Detection is set on the cargo. Neither altitude nor airspeed of cargo are correctly evaluated by triggers at this time.) Simply passing over your team's refill zone is adequate to refill your bucket.
Tags: #Firefighting
FOLLOW US