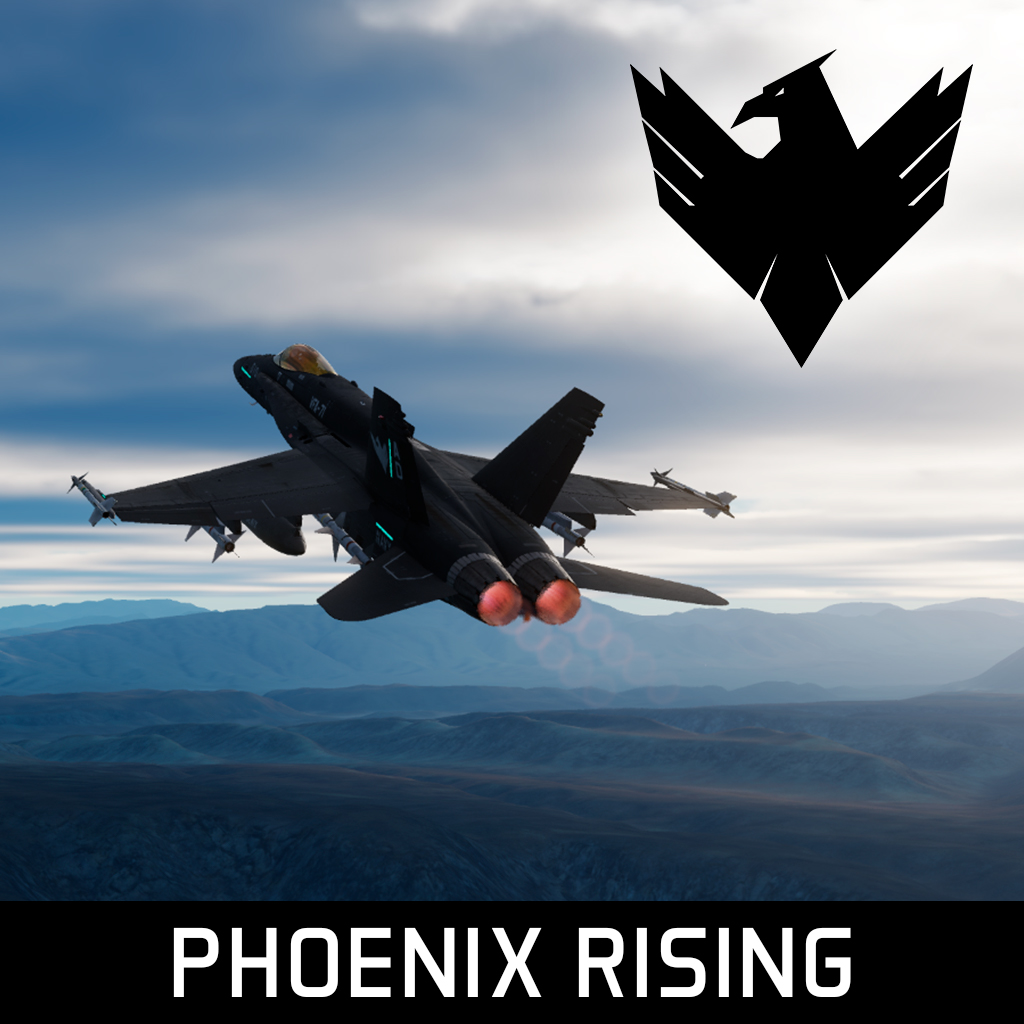 Tipo - Missione Multigiocatore
Autore - Proxen
The first mission of Phoenix Rising, a fully voiced cooperative campaign for 4 players centered around the fictional US Navy Squadron VFA-71, includes 50+ lines of voiced dialogue, a complete briefing and kneeboard with a detailed flight plan, comms presets, and so much more.

The final campaign will include 5 fully voiced 4 player cooperative missions for the F/A-18C Hornet in the Persian Gulf map.

Faced with suspicions that Qatar is providing aid to fundamentalist Islamist groups such as The Muslim Brotherhood, The United Arab Emirates severed all diplomatic relations with that country in June 2017.
Since then our allies have seen increased activity by armed terrorist groups in the region. The 380th Air Expeditionary Wing (380 AEW) based at Al Dhafra AFB since 2002 tries to assist the UAE in their COIN operations to the best of its ability, but hostility in the region in recent months has grown exponentially.

There’s an optional (but highly recommended) skin pack that goes with the campaign and includes liveries for the VFA-71, the CVN-85 USS Freedom as well as some other BLUFOR and REDFOR planes.

I’d like to thank the following people for their help and for voicing their corresponding characters. Without them this would not have been possible.

Bounty_V – Delta-1. He also helped me find the rest of voice actors. Thank you! https://twitch.tv/bounty_v
Varun Warrier – Magic. He also wrote and gave some script ideas for the upcoming missions. Appreciate it!
Joe Dalton – Player character. Very high quality work. The experience wouldn’t be the same without his voice! https://www.youtube.com/BIGBITEMedia
Dana/Elfvamp – Delta-2. She lent her voice without hesitation.
Manami – ATC. Thank you for supporting and inspiring me to start this project. I couldn't have done it without you.

And of course all the big names from the DCS community for inspiring me with your work: Baltic Dragon, ChillNG, SEDLO, Badger633, Ranger79 as well as the creators of fantastic tools such as Moose, Skynet and Mist.
Tags: F/A-18C, Persian Gulf, Cooperative, Cooperative Campaign, Coop, PvE
FOLLOW US