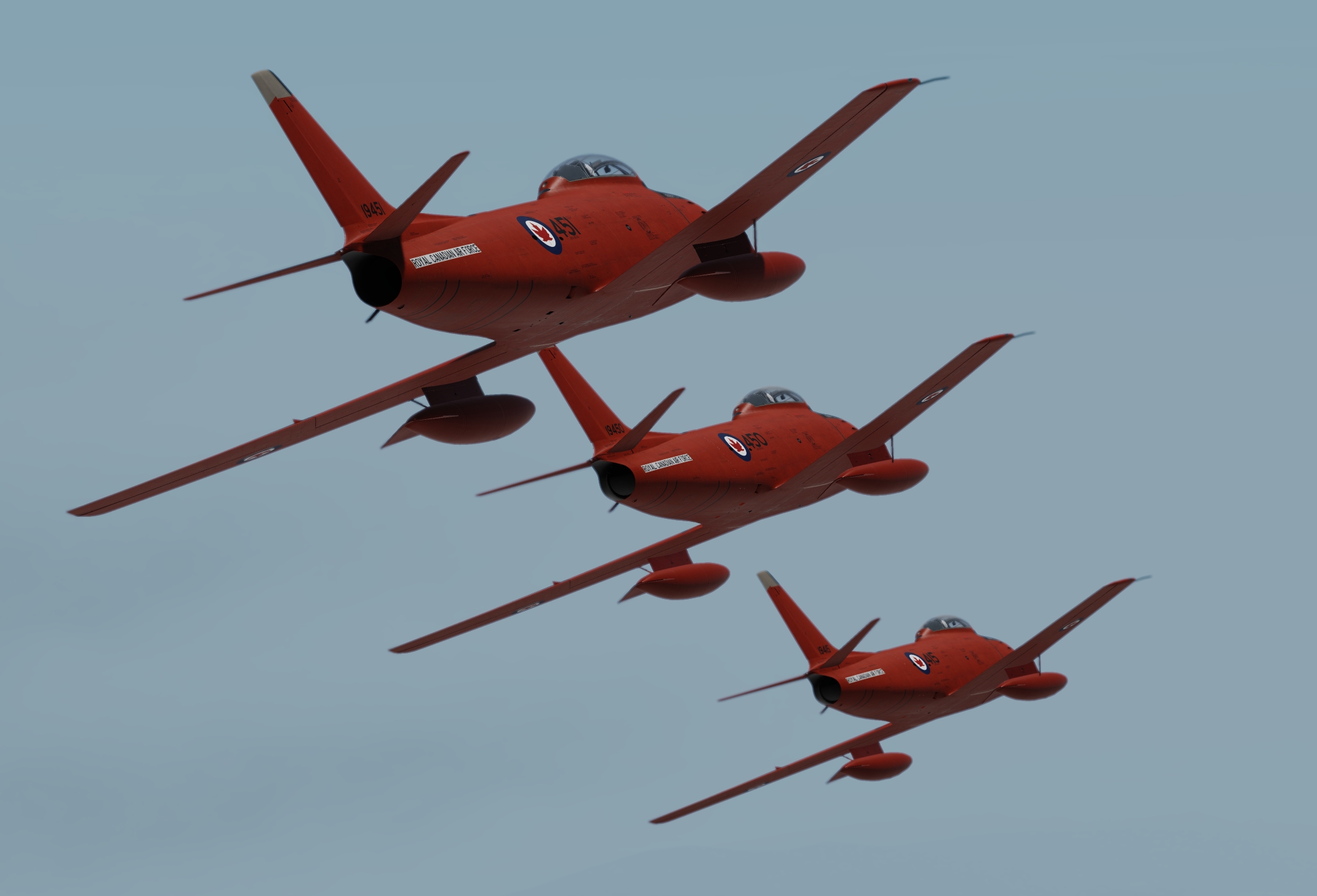 Tipo - Livrea
Autore - Megalax
The "Fireballs" were yet another European-based aerobatic display team from the Royal Canadian Air Force.

The team was first created in 1954 and with its distinctive all-red Canadair F-86 Sabree aircraft participated in various shows in Europe.

The Fireballs aerobatic team's paint scheme lasted for a very short period only, as a superior officer eventually decided that people might mistake the team for being "Communist" and ordered the red paint stripped off.