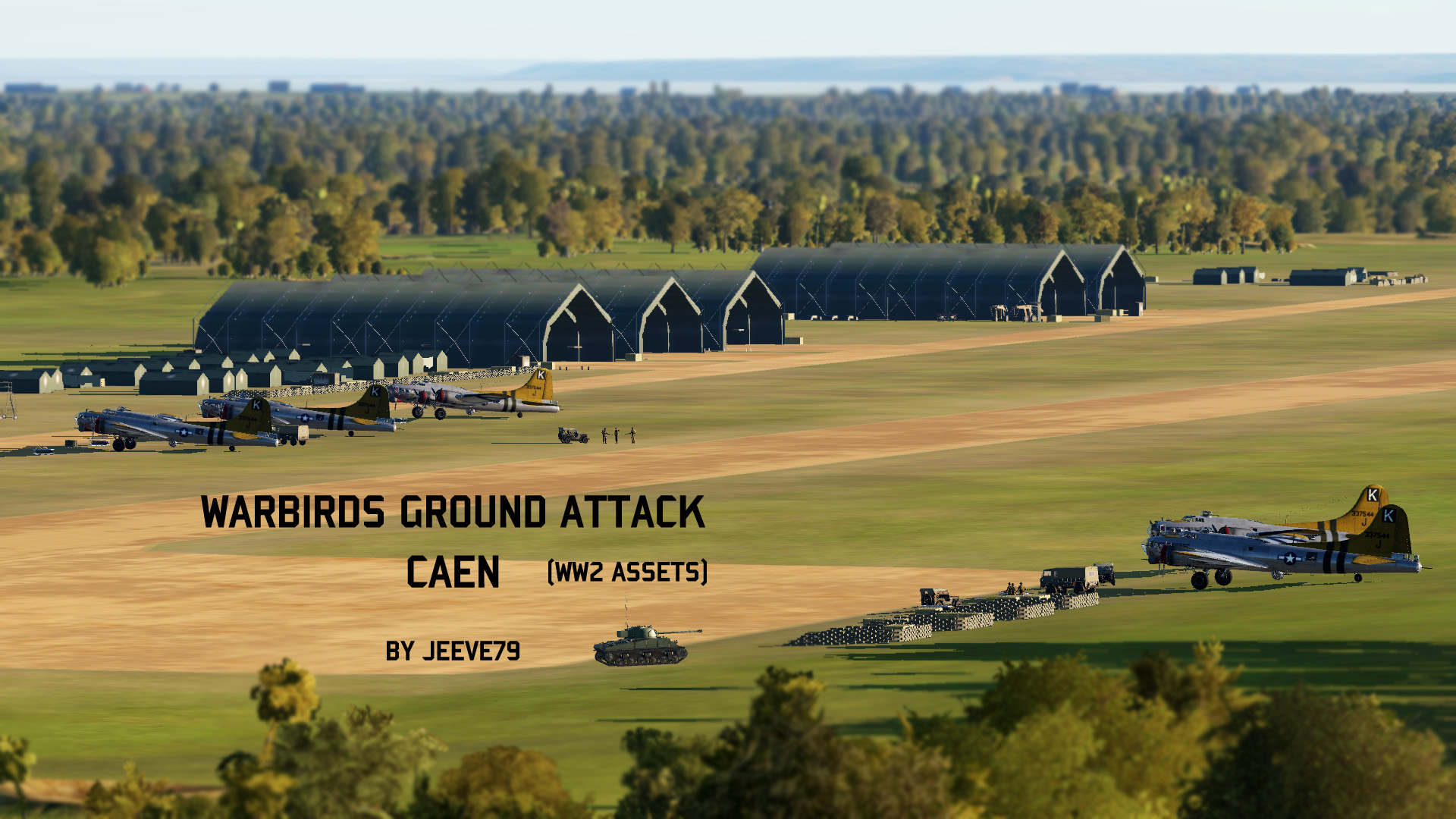 Tipo - Missione Multigiocatore
Autore - Jeeve79
You need Normandy map and WW2 assets.
All warbirds are available.
This is mainly a ground attack mission and enemy planes are only spawned in by using the radio menu.
P-51's and P-47's are ideal for this ground attack mission.

The Third Reich is working on some kind of superweapon and we need you to go in and stop them.
Main objective is to destroy the trains at Caen and everything around it unloading the trains and supporting the operation.
With 2 people, completing the main objective will take around 3 hours if you are efficient.
For larger groups, I added some additional objectives that can be activated with the radio menu.
You will have to use rockets or bombs to destroy tanks but most of the targets can be destroyed with guns.