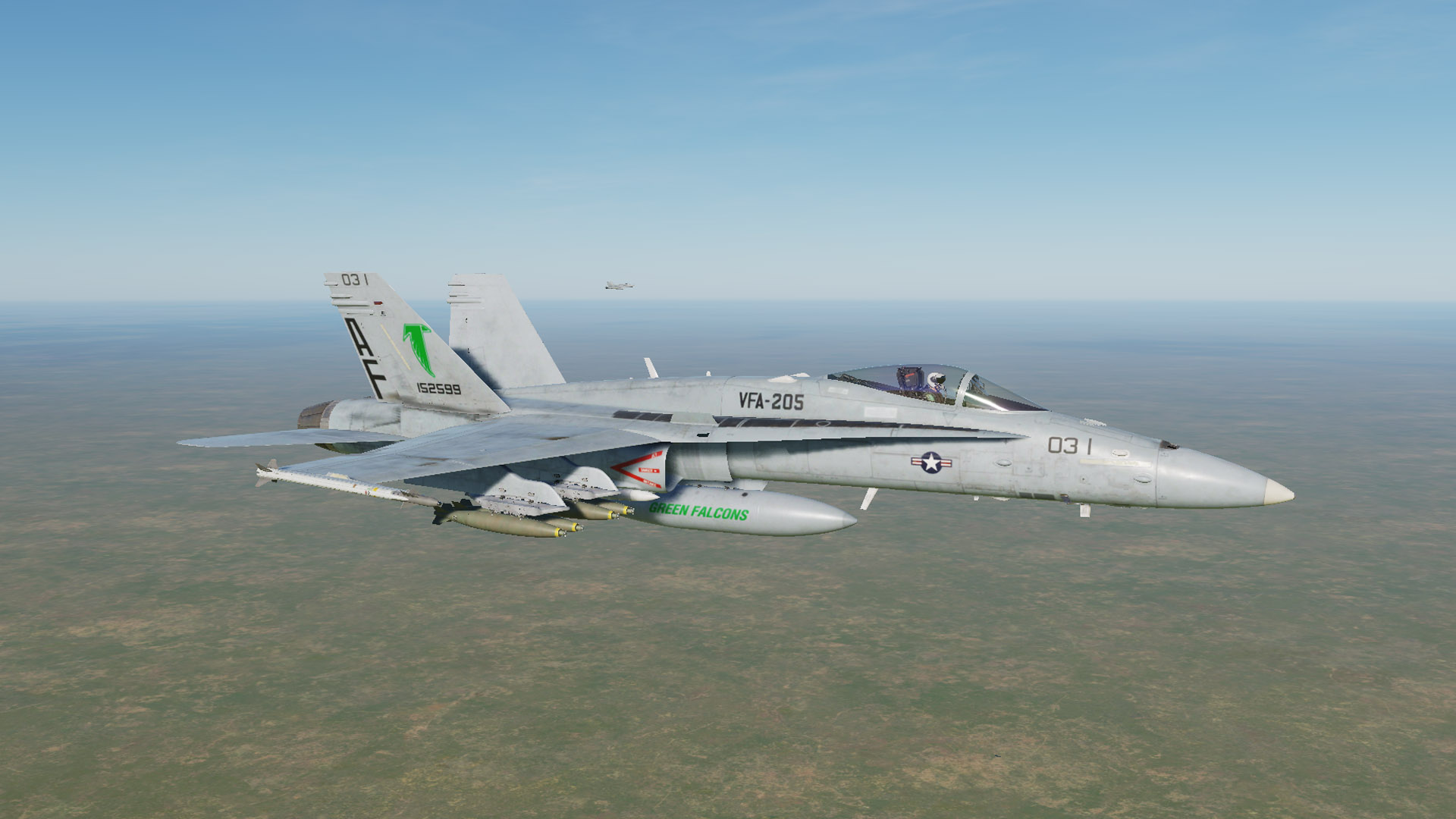 VA 205 flew A4s, A6s and A7s and operated from 1970 to 1994 as a reserve naval squadron based out of Naval Air Station Atlanta, Georgia. I've based the skin of the A6 Intruder, including both a Hi Vis and Low Vis version and tried to make it as accurate as possible, but given the fact that the squadron never flew the F/A 18 I've taken some liberties with the design. I also changed the Fixed Wing Squadron Designation from VA to VFA to reflect the Fighter Attack function of the Hornet. Enjoy!
Tags: Hornet, F/A 18-C
FOLLOW US