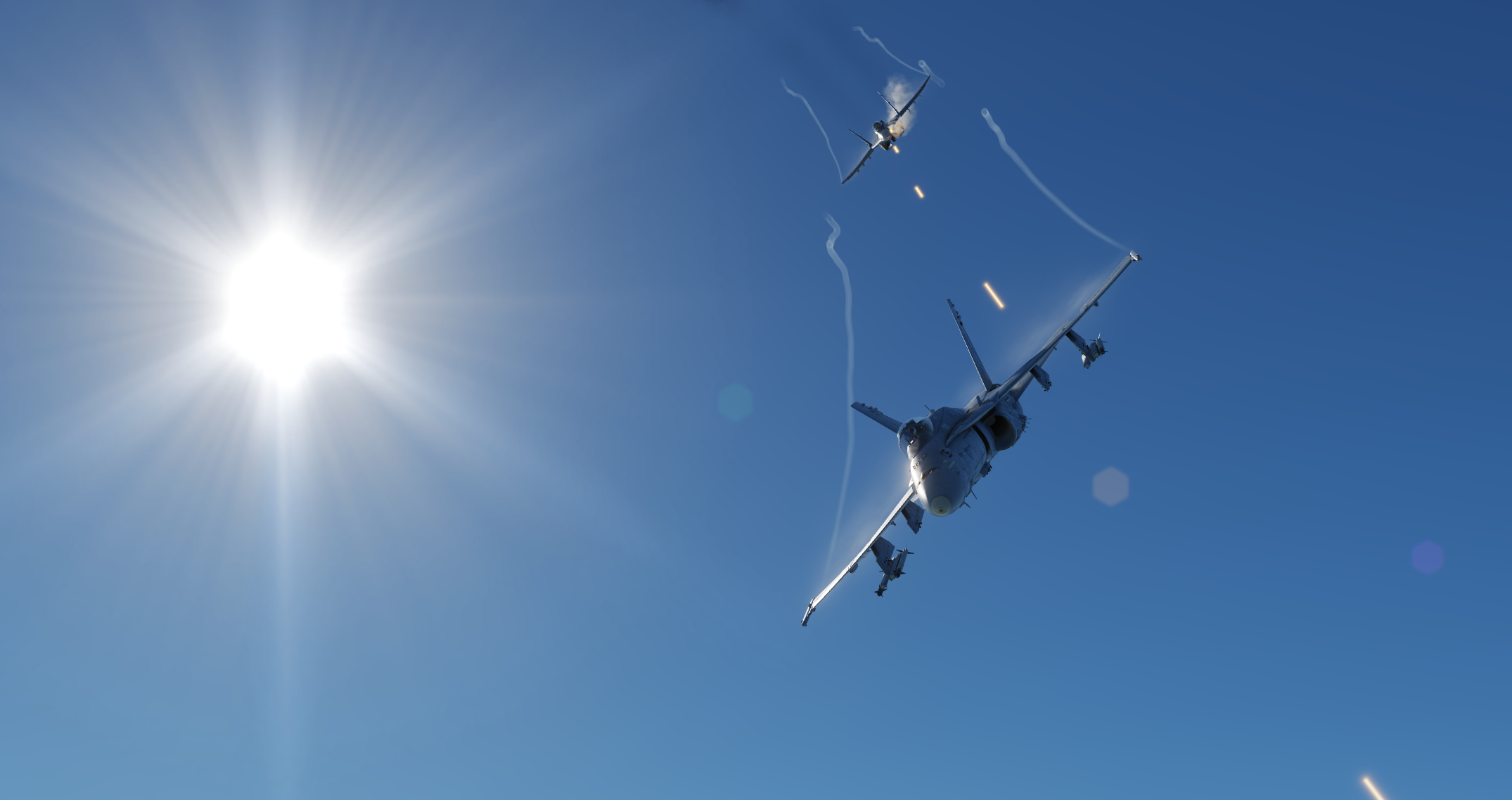 Tipo - Missione Multigiocatore
Caricata da - Topgun505
A mission you can run either solo or with friends to practice air combat.  It is meant for getting into the action quickly and resetting quickly so all aircraft are airstart so you can get many fights in over a short period of time.  You can fly any air superiority fighter in DCS (essentially anything with a dedicated air to air radar).  If you want to practice with a specific weapons loadout you can land at your nearby airbase to refuel/repair/rearm.  AWACS can also be called up so you can get bogey calls and can practice using datalink (for those aircraft that support it).  The DCS module Supercarrier is now included.