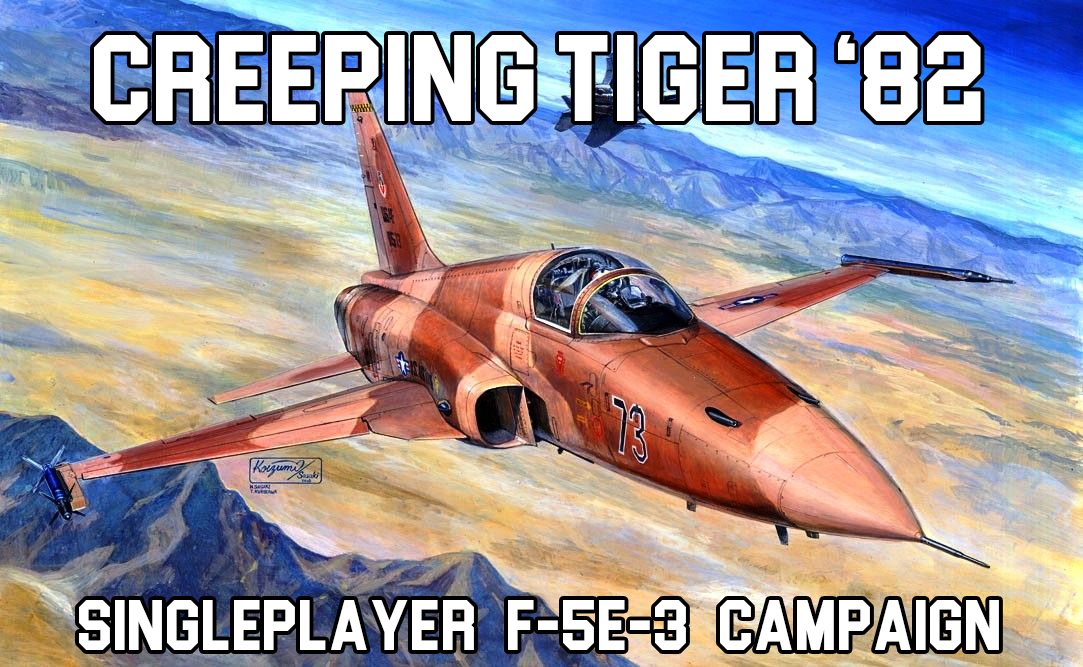 Type - Campaign
Author - hawxbf
4 singleplayer missions, around 1 hour each. Feedback is welcome, contact me in discord please if you have something to say havkoduk#0847

The UAE and Oman air forces have F-4E and F-5E.

You’re going to be a pilot of F-5E-3 fighter tail number 07 in the 2nd Tactical Fighter Squadron.
F-5E-3 is not the most modern and advanced aircraft for 1982, so you have to avoid open confrontation with enemy forces. Your primary tasks will be actions behind enemy lines, various support and reconnaissance missions, as well as actions in difficult conditions.

Get ready for ultra-low altitude flights, radio navigation, land navigation, flight routes with precision for each waypoint up to the minute, flights in bad weather conditions, night flights, and the use of various tactical means such as smoke marker rockets or illuminate bombs.

In most missions, it will be necessary to avoid open confrontation with technically superior enemy, whether it is fighters or SAMs.
Tags: F-5E, campaign
FOLLOW US