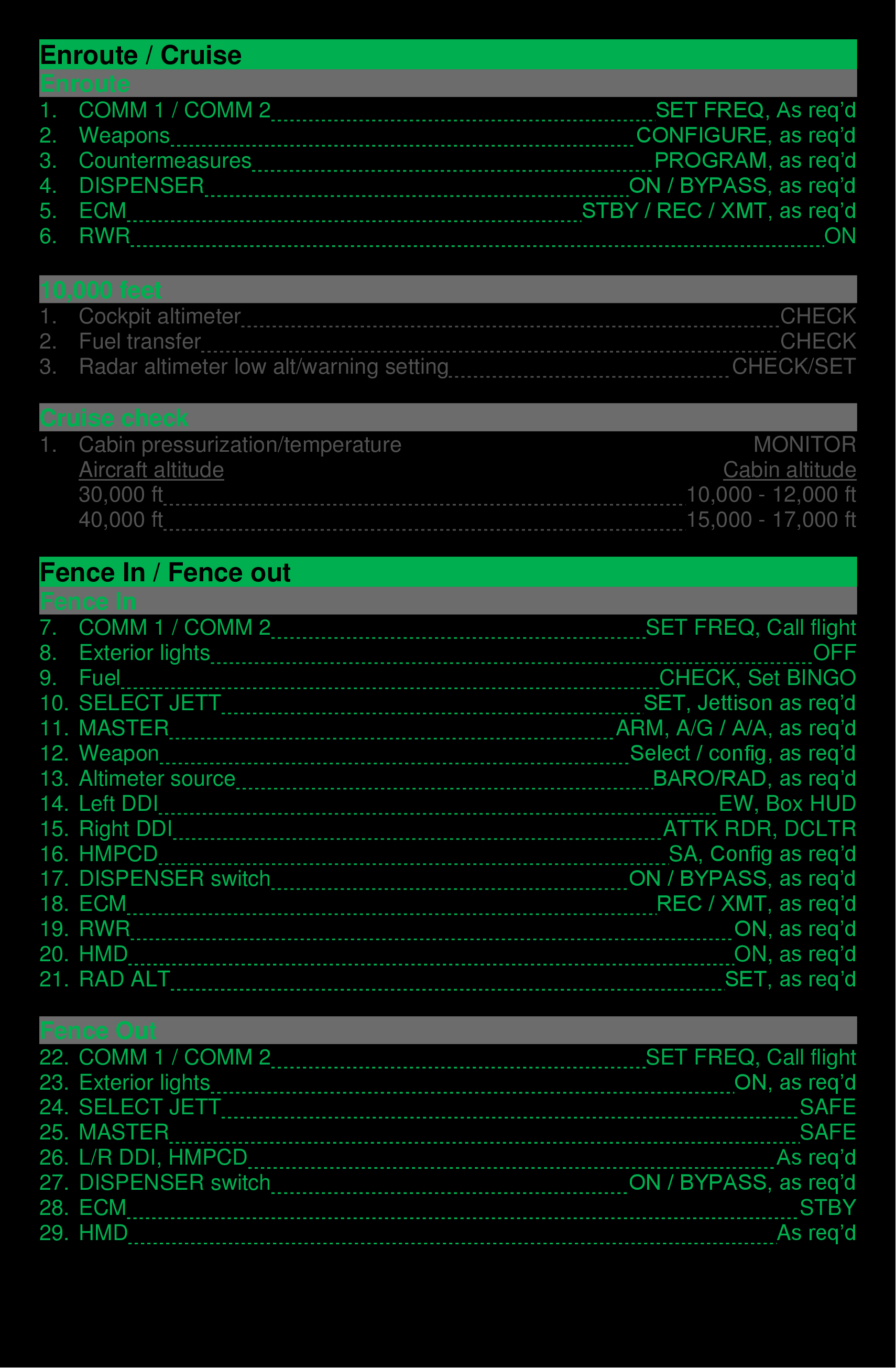 Tipo - Documento
Caricata da - ColdFront_WI
This is the "night" version of the lists I uploaded a few weeks ago.  I fly in VR, and found that the other version was wrecking my night vision when flying in the dark.

Checklists I have been using for the Hornet.  Created these based on the NATOPS manual, with a few adjustment I found helped streamline the process (early INS startup) or that I often forgot (landing lights before taxi).  Also added Fence In/Out checklists that I have found to work fairly well.  PDF and a PNGs (created with Kneeboard Builder) included in the attached zip.

Couple of notes:
- Most of the Interior Check, is not needed in game, but I highlighted the few things that I do verify/set--mostly lights and things I have connected to toggle switches that may be in the wrong position.
- From Startup on, items that I skip are grayed out.  For example, don't turn off the oxygen flow knob on shutdown, or you will blackout and then die on the TARMAC!

Thanks, and let me know what feedback you have.
ColdFront
Tags: F/A 18-C, F/A-18, Hornet, Checklist, pdf, png
Caricamento dei commenti...
FOLLOW US