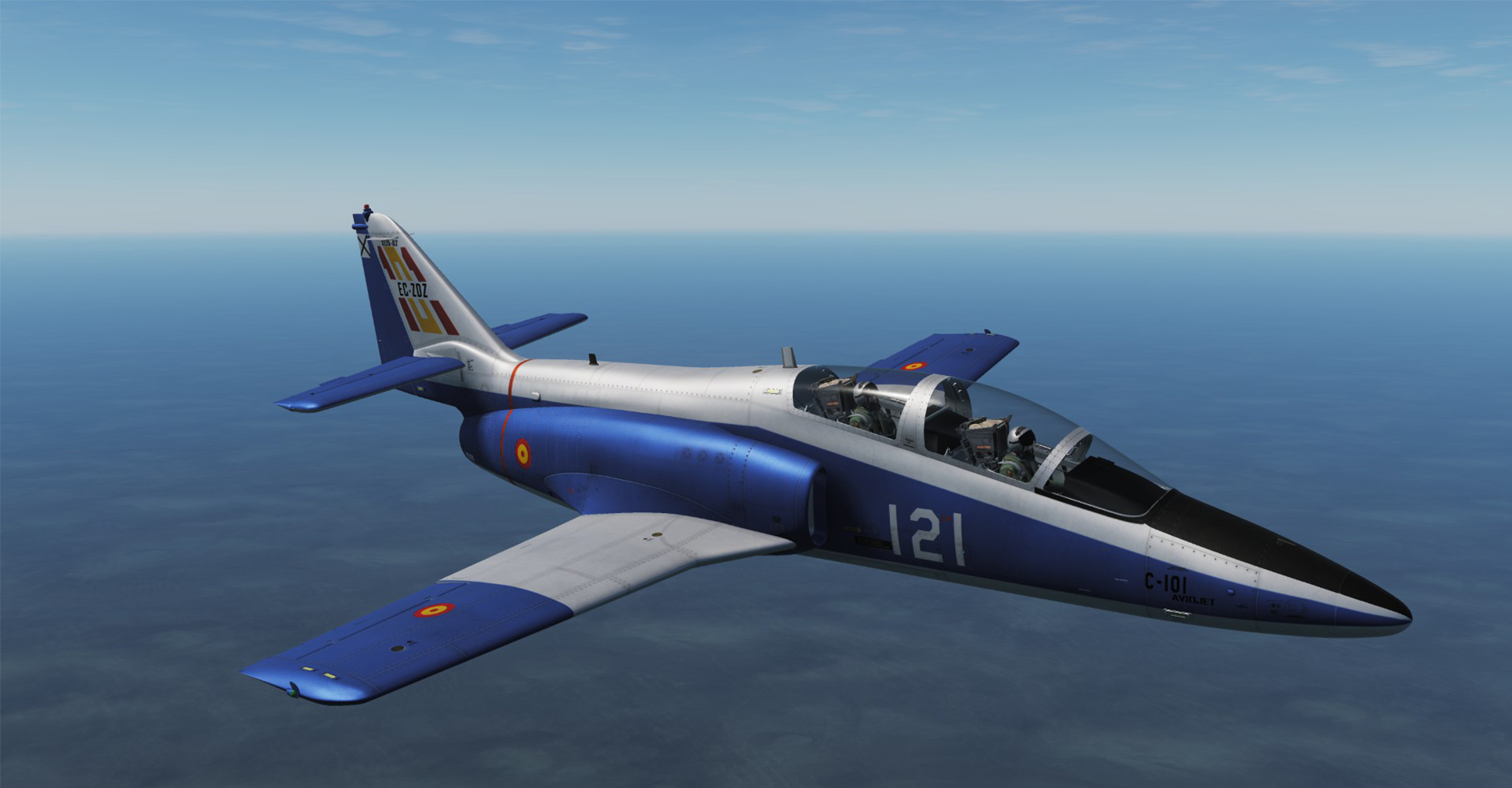 Tipo - Livrea
Autore - Etten
IMPORTANT: The developers of the C-101 have included this livery in the module and is no longer necessary to download this.


Original text:
Adds a livery based on that used by the second C-101 prototype (numeral XE25-02) to both the EB and CC versions. Includes an all red livery from a 1989 TV commercial for the EB version.