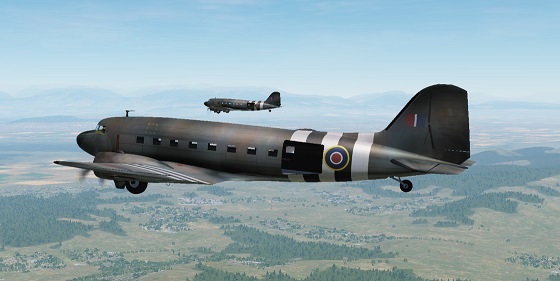 Tipo - Mod
Autore - Stonehouse
A military cargo version of the DC3/C47 mod. New 3D shapes courtesy of Markindel and packaged with military liveries with kind permission of Markindel/CrazyEddie. Revamped FM values in an attempt to more accurately represent the performance of the real aircraft. Ability to drop WW2 era supply containers inspired by the work of Eric and Patrick Cuesta's AC130 mod