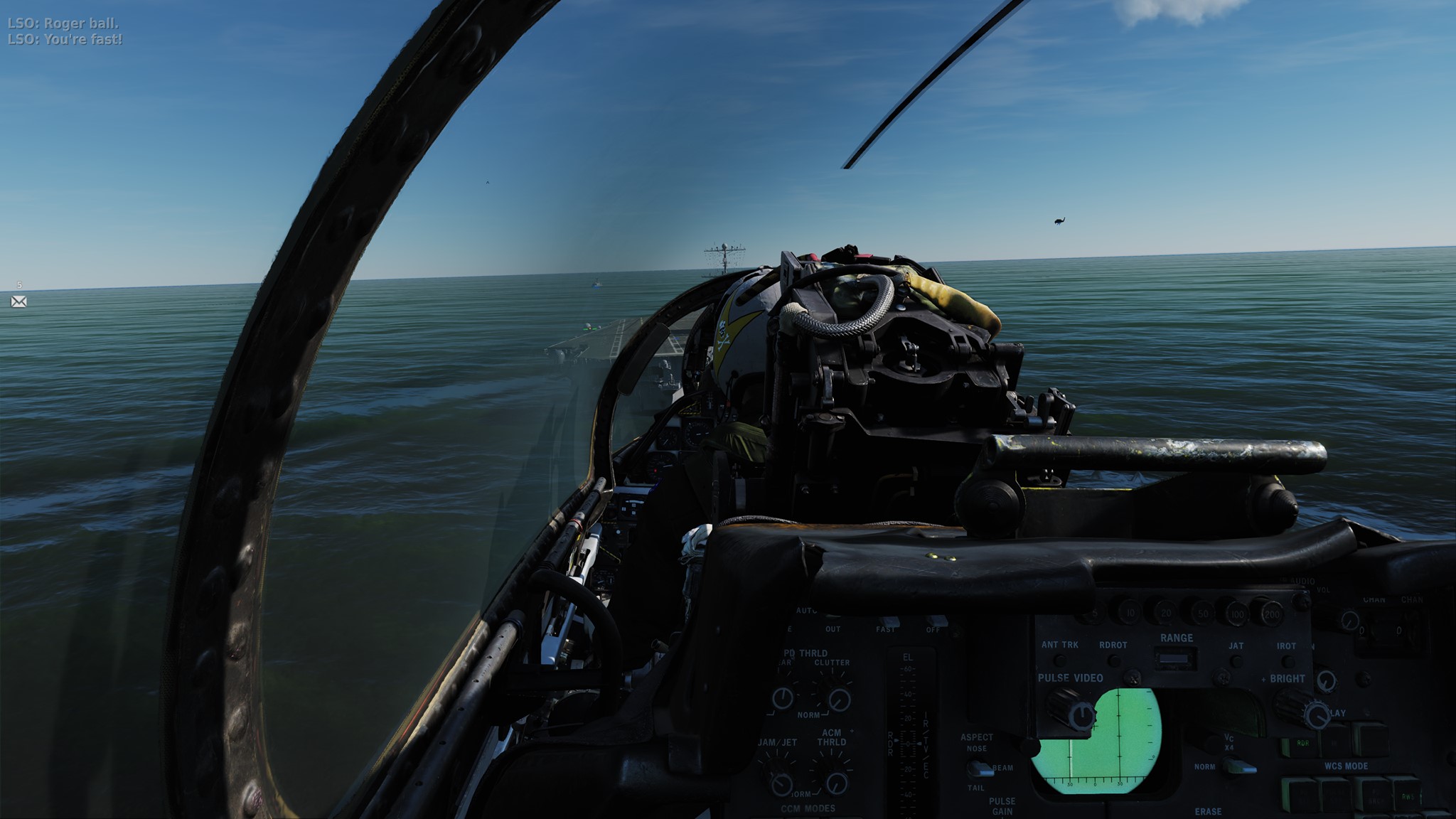 Type - Mission Multijoueur
Uploaded by - Skyspin
NEW CHANGE : More missions added including Cyprus. Minor additions including ACLS for the Hornet. Trains added. Mission is now started by accessing the F-10 menu and selecting Mission Start. When the President drew the Red Line in the Sand and that line was crossed in multiple ways, the missions began: fast and furious. F-14 A/B, F-18C, F-15, F-16, and AV-8B aircraft are designated to be enforcers of air, ground and naval operations in achieving superior results in support of Allied forces in the Eastern Mediterranean Syria regions.
This installment brings a randomly chosen different type of mission at the start that can be shared amongst strike, intercept, and support groups. Best results can be achieved in multi player but single player flyers will enjoy the challenges as well.
Tags: Syrian Map, Multi player Missions, Single Player, F-14, F-16, F-18, AV-8B Harrier, F-15, UH-1, Super Carrier
Télécharger Détails
DCS: World 2.5
AV-8B Night Attack V/STOL 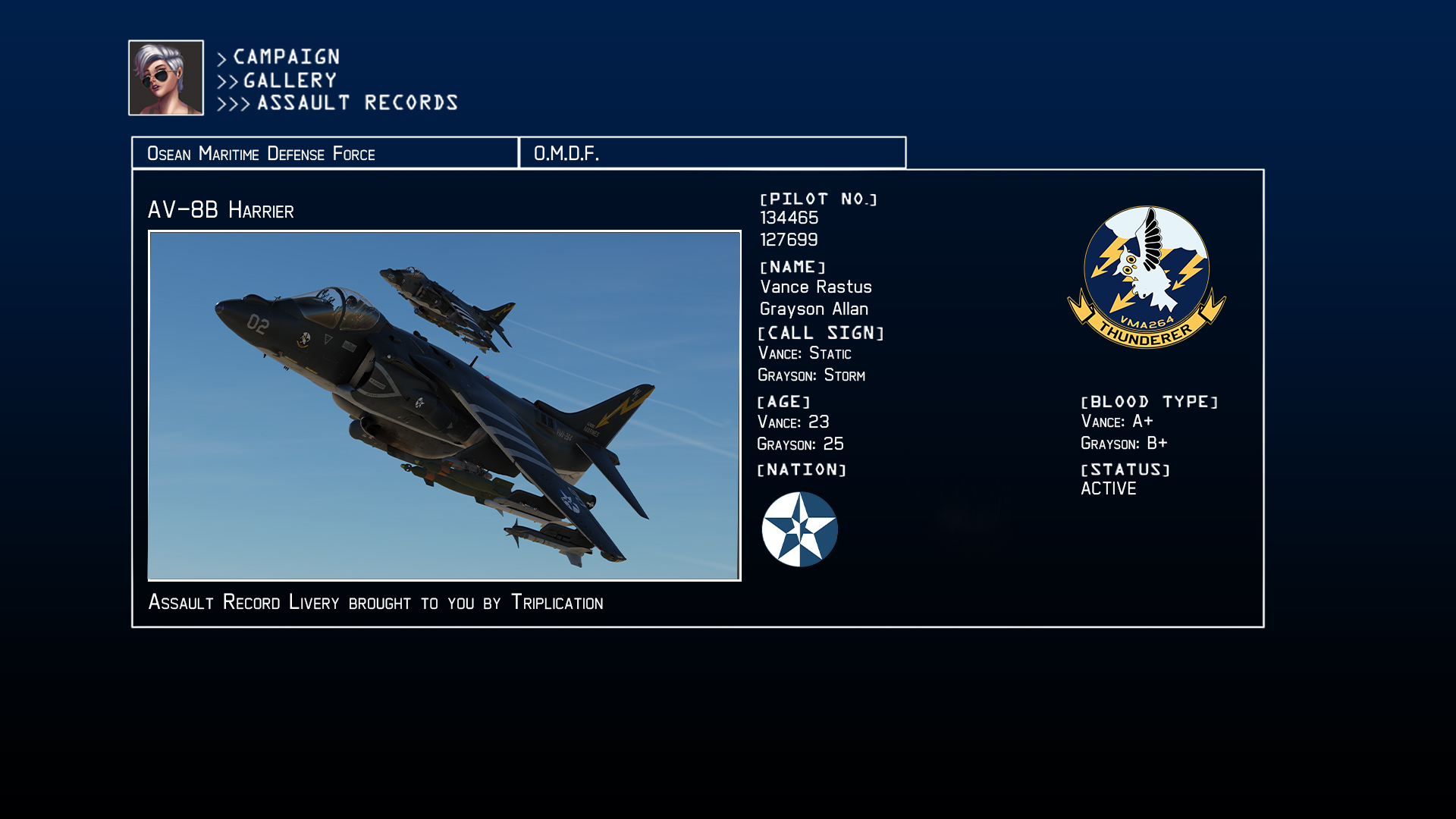 Type - Skin
Uploaded by - Triplication
This is an Ace Combat Av-8B livery pack commission I made for @Naze1940_Erica on twitter who was kind to let me share it with all of you guys. In the zip you'll find the files for the VMA-264 Thunderer Squadron. There are two versions of the  Thunderers starring a Hi-Viz and one camouflage style version. Install: drop the files from the ZIP into \DCSWorld\CoreMods\aircraft\AV8BNA\Liveries\AV8BNA They'll show up as "Ace Combat - VMA-264 and VMA-264 Camouflage" in the livery selection. If there are any issues with the livery please leave a comment and I will update it ASAP.
Tags: Ace, Combat, Ace Combat, Osea, Osean, Av-8, Av-8B, AV-8B Harrier, VMA-264, Thunderers
Télécharger Détails
N'importe quelle version
AV-8B Night Attack V/STOL 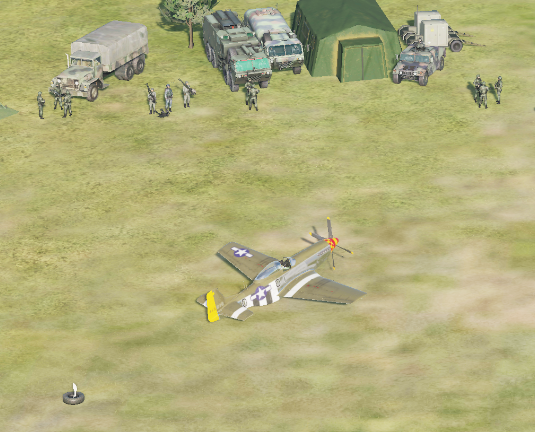 Type - Profils
Uploaded by - sarumax
This is a simple Helios profile so you can have both MFDs in an IPAD like size tablet. under your monitor.
Tags: AV-8B Harrier, Helios, Second monitor
Télécharger Détails
DCS: World 2.5
Autre 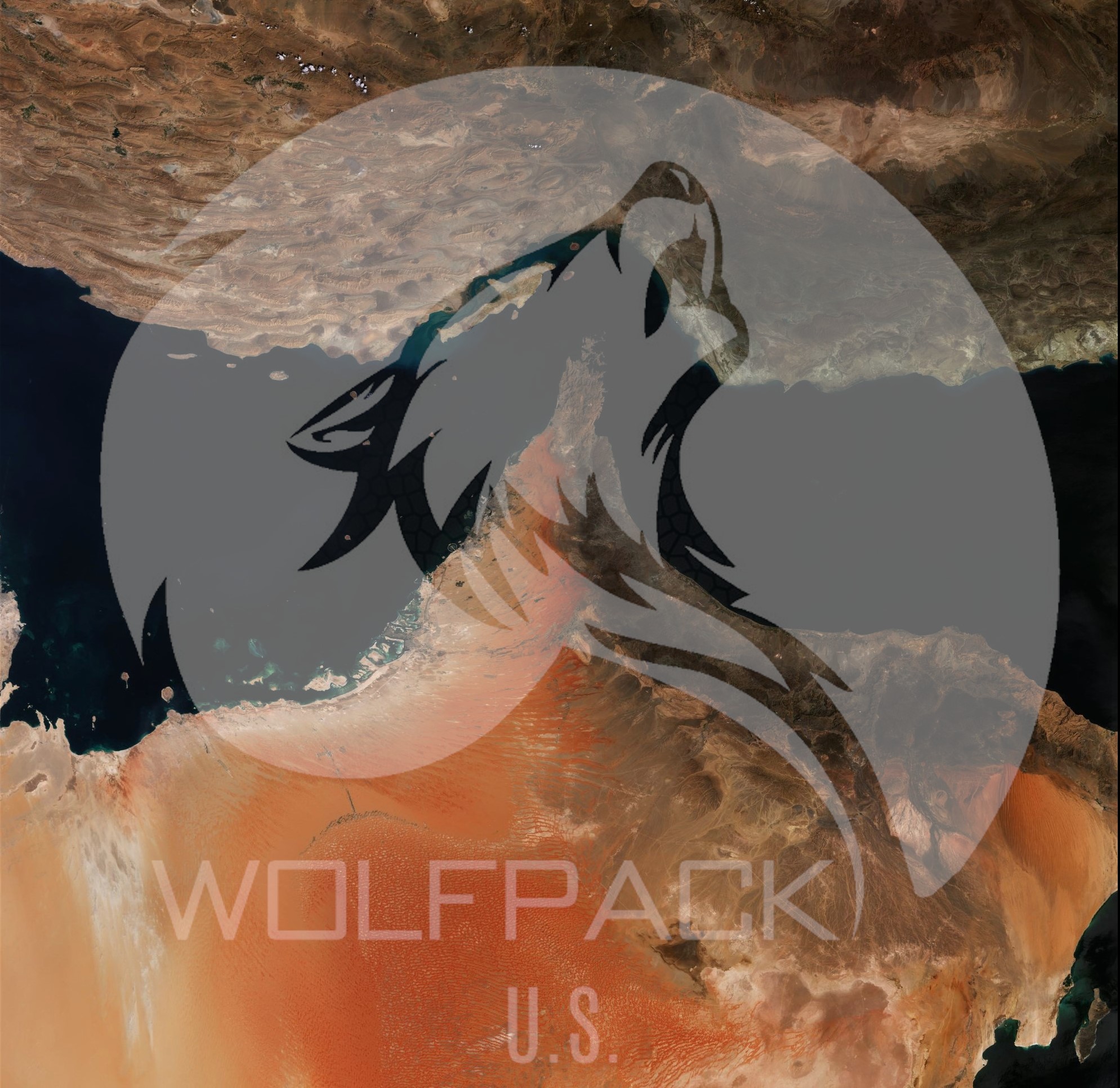 Type - Mission Multijoueur
Uploaded by - ViperTG
This is a Multiplayer mission so it is best played with a large group of friends as you will need Cap, Cas, and Sead. In this mission you and your group of freinds will be part of a large mission to destroy enemy SAM and ASM sites as well as being responsable for the rescue of the Stena Impero crew via a two ship of UH-1H Huey's. For those of you who dont have friends you can visit the Wolf Pack U.S servers and go to https://discord.gg/7DSRhkb to participate in weekly missions, no experience required. 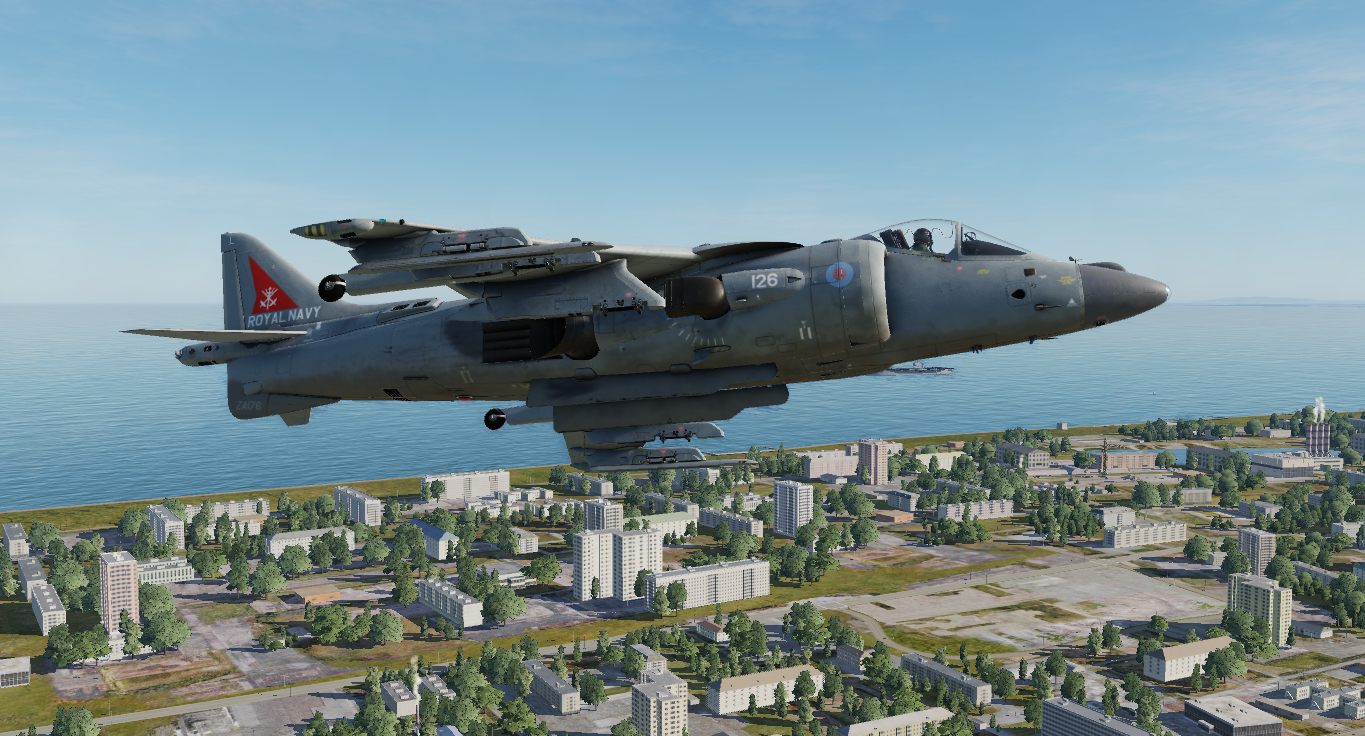 Dynamic tail codes can be changed by using the following boardnumbers:

I will be working on some of the weapons in the future.