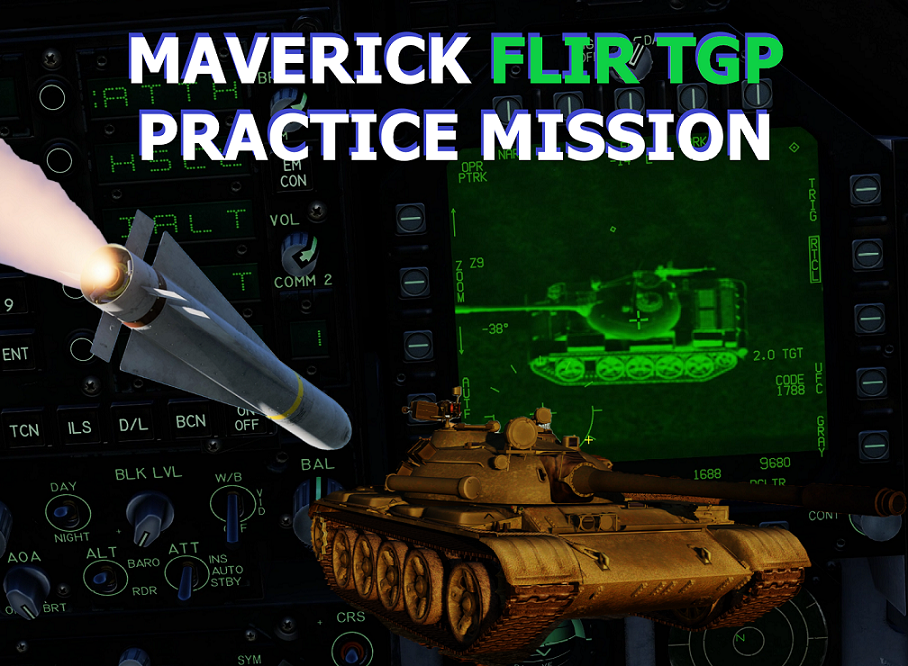 Type - Mission solo
Auteur - GazAce
Hey awesome Pilots! This is a basic no bells & whistles practice mission for folks honing their AGM-65E & AGM-65F delivery skills using the FLIR Litening Pod to moving Targets. Your at Angels 20 & a Enemy Column of 4 is 25 miles ahead of you & on route to their Camp which they will reach in 20 mins.
You have 2 x AGM-65E & 2 x AGM-65F & the Litening TGP. And you have 3 Waypoints set at Min Alt along their route.
Tags: PERSIAN GULF MAP, FA/-18C, LITENING TGP, AGM-65F MAVERICK, AGM-65E MAVERICK, FLIR TGP
Télécharger Détails
DCS World 2.5
F-5E Tiger 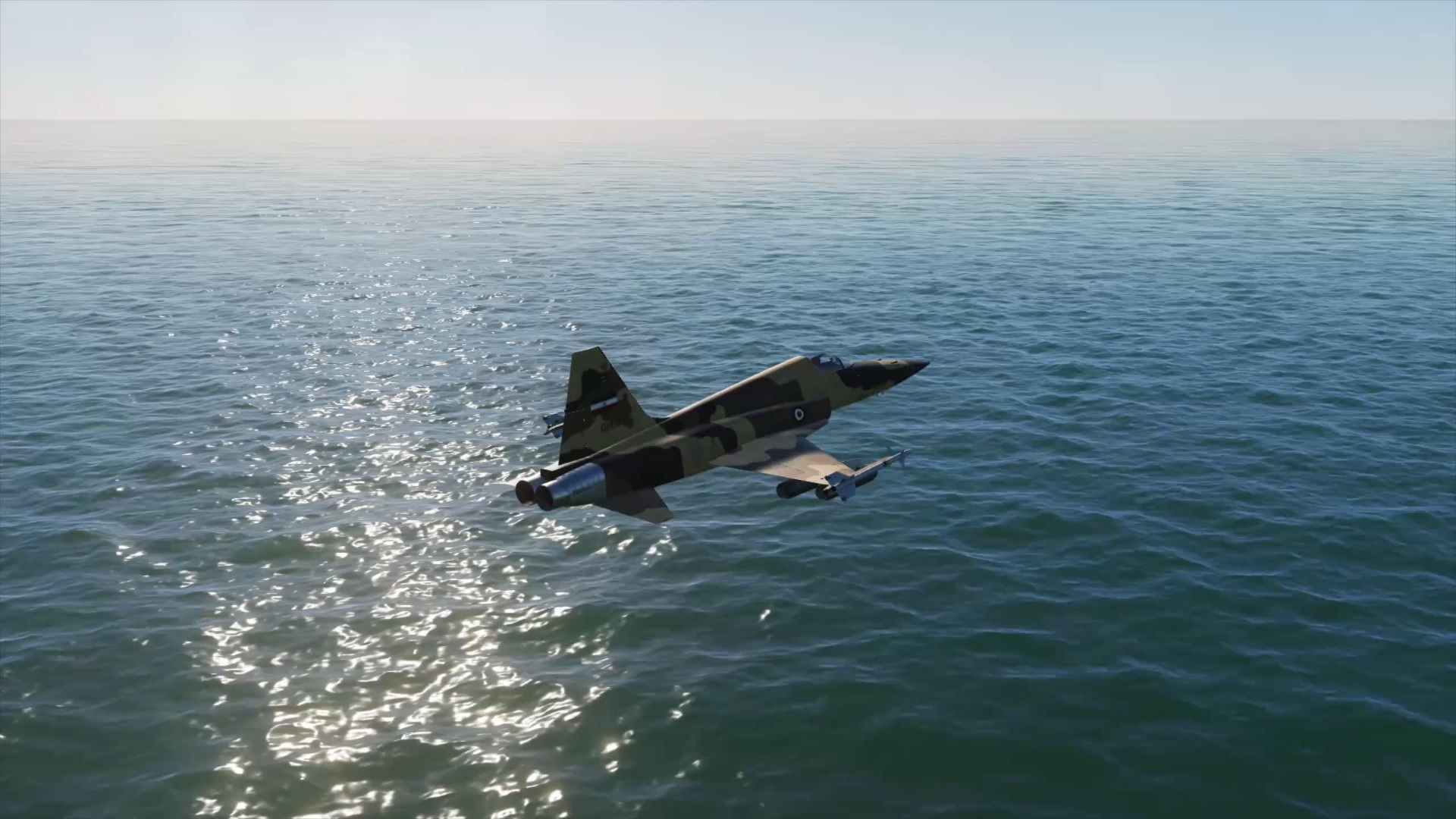 Type - Mission solo
Auteur - Showtime112
After successful destruction of two Iraqi oil rigs, the main task of IRIAF is now to provide support to the Iranian Navy. Two Iranian missile boats blockading Iraqi ports were attacked by Iraqi Osa class missile boats. In exchange of missiles, two Iraqi and one Iranian boats were sunk. IRIAF rushes to aid the remaining missile boat with F-4 Phantoms leading the strike, armed with Maverick missiles. Our flight of F-5Es is tasked with destruction of a nearby Iraqi SA-3 SAM site while the mighty F-14 Tomcat provides air cover.

In reality, majority of Iraqi Navy was sunk by the F-4s, with some of leading Iranian pilots flying those attacks. Several MiG-23s were shot down by F-4s and F-14s.
Tags: Iran-Iraq war, historic mission
Télécharger Détails
DCS World 2.5
Autre 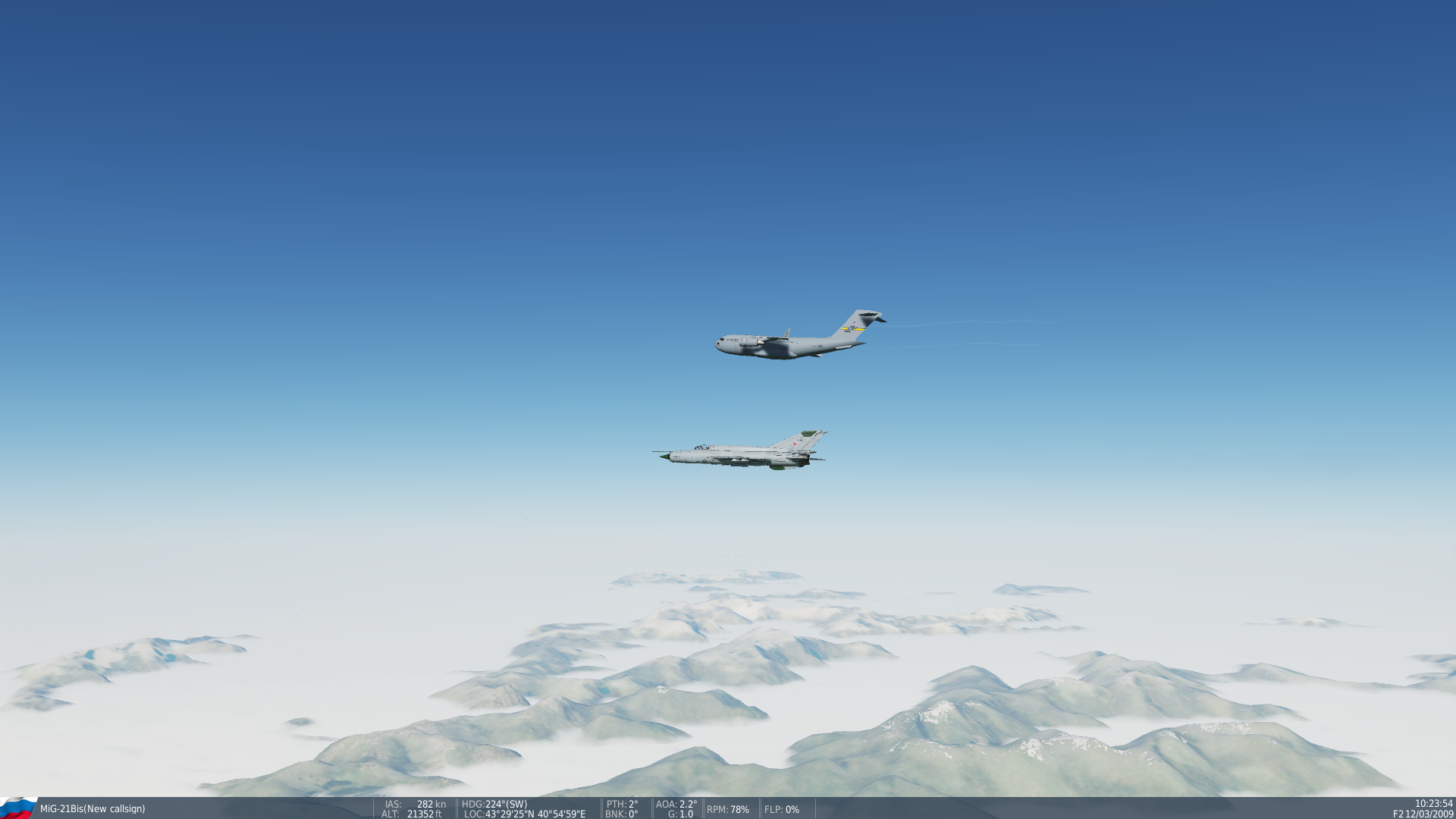 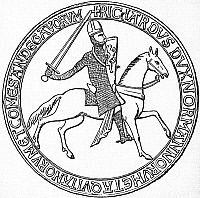 Type - Mission solo
Auteur - markuswohlgenannt
This is a dynamic WWII mission for the Channel map. Because it scales with the number of client aircraft, it can be played in SP or MP, both sides are flyable. Possession of the Channel map, the WWII asset pack, and one of the war birds is required for this mission.

Type - Mission solo
Auteur - ChillNG
Mission 4 of the Persian Gulf, A-10C Warthog campaign, ‘Operation Persian Freedom’.  Take on the role of RAF exchange pilot Flight Lieutenant David ‘Steep’ Hill as he joins the US 74th Fighter Squadron on the eve of a US led coalition’s invasion of Iran.

Type - Mission solo
Auteur - Rudel-Chw
Set of 15 Training missions set in Caucasus, for the JF-17.  I edited these missions, because I felt that the built-in training missions could be improved a bit, by adding voice-overs and making them longer to better explain things. My spoken english isnt good enough, so I used some commercial voices that sound fairly decent, hopefully you will agree.