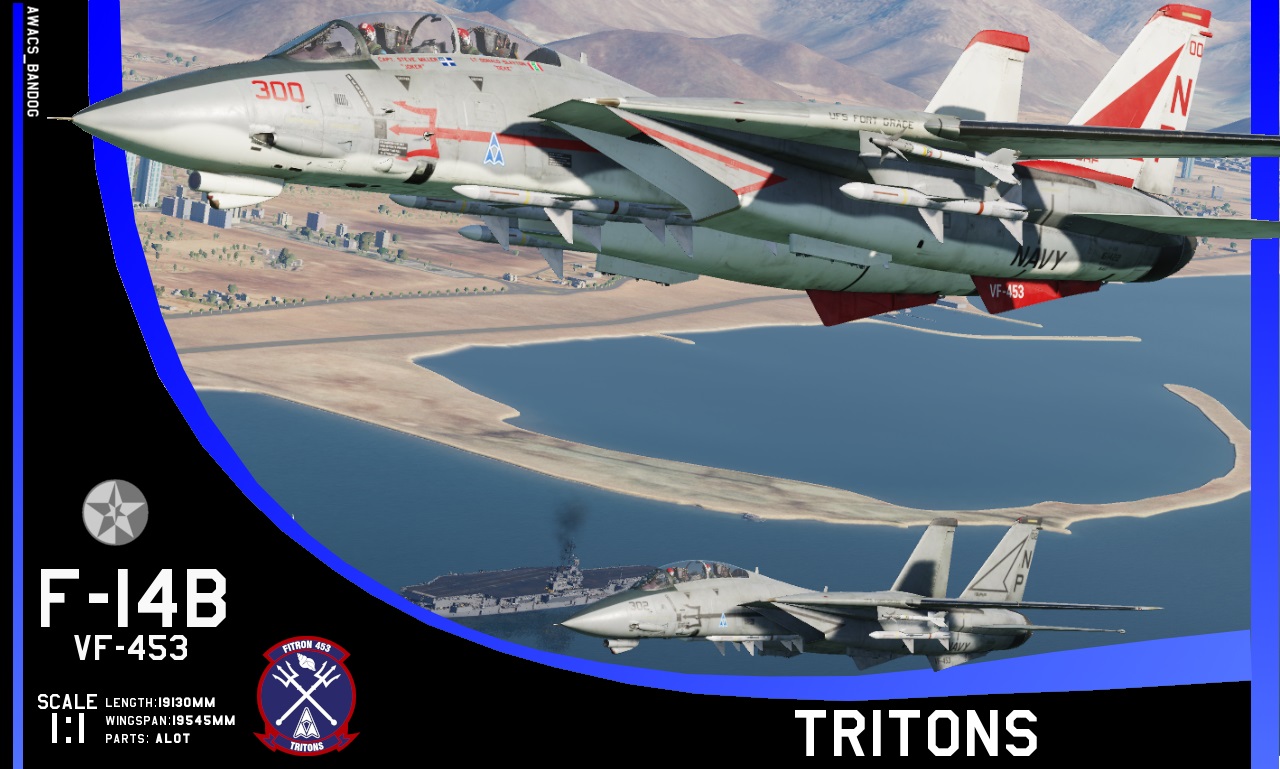 Due to size constraints with the DCS User files, I have to host this skinpack off site.


If it requests a Decryption key, please use : ghERdDLPw9s9CHkov_lck_Xj4-90ZNi60SbUvFyZJF8

Made up of various Usean military personnel, the Triton's were one of the many multinational squadrons that quickly filled ISAFs ranks. The crews, despite their little common ground, quickly organized themselves into a formidable fighting force. It was the Tritons crews that were the first to form the "St Ark Fishing Club", a tongue in cheek reference to the 6th Fleets initial operation area in the Northeastern part of the continent, However as the war Progressed, the 6th Fleet and Tritons would shift their focus in the push west, Eventually ending the war conducting operations on Tyler Island in the Spring Sea.


There would be multiple aces made from the Tritons during their campaign. Squadron commander, Captain Steve "Joker" Miller, had perhaps the most impressive single day in the units history, Going toe-to-toe with six Erusean F-5 fighters near Asadal that had ambushed the CAP launched from the Fort Grace, critically damaging both aircraft. After destroying two of the Tigers with his Sidewinders, Miller and his RIO 'Deke' Slayton would earn a coveted guns kill against the final Tiger, causing the surviving two F-5s to retreat and allowing the three Tomcats to return safely to the carrier.

Please contact me on Discord at AWACS_BANDOG#7420 for any questions or bug-reports, thanks!
Tags: Ace Combat, Ace Combat 4, ISAF, F-14, F-14B, Tomcats
FOLLOW US