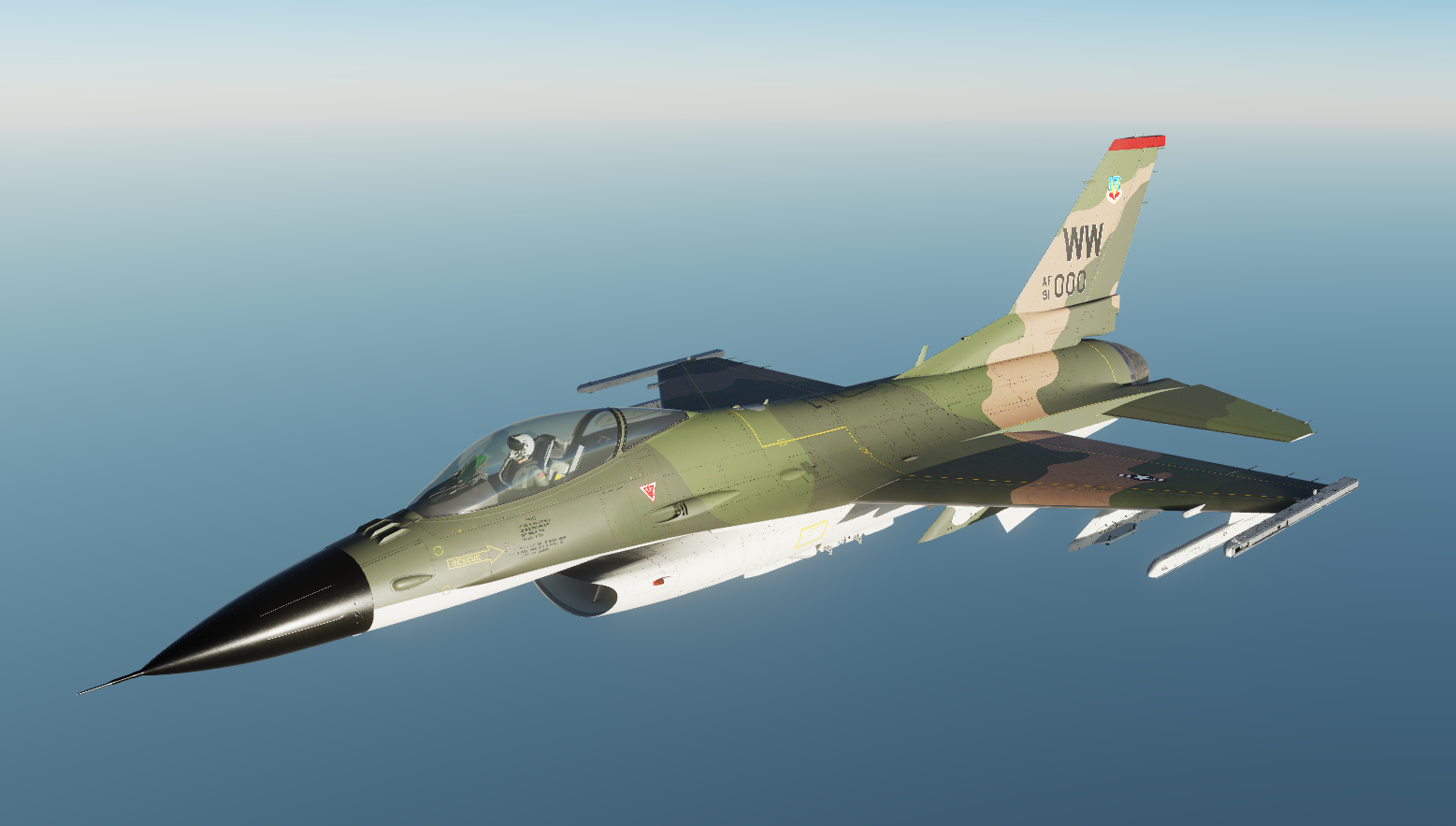 The 13th FS is currently based in East Asia (Misawa AB, Japan), and was based in South Asia during the Vietnam war; at Korat and Udorn airbases in Thailand from '66-'67 and '67-'75 respectively. They would've flown with the SEA pattern whilst operating the F4 and possibly on the F105. This livery however, is loosely based off the F100 Super Sabre's SEA.

Edited and Updated to add the missing LOD levels, soften up the edges of the camouflage lines and add/improve the weathering.
Tags: F16 C, South East Asia, Viper, Fictional Livery
FOLLOW US