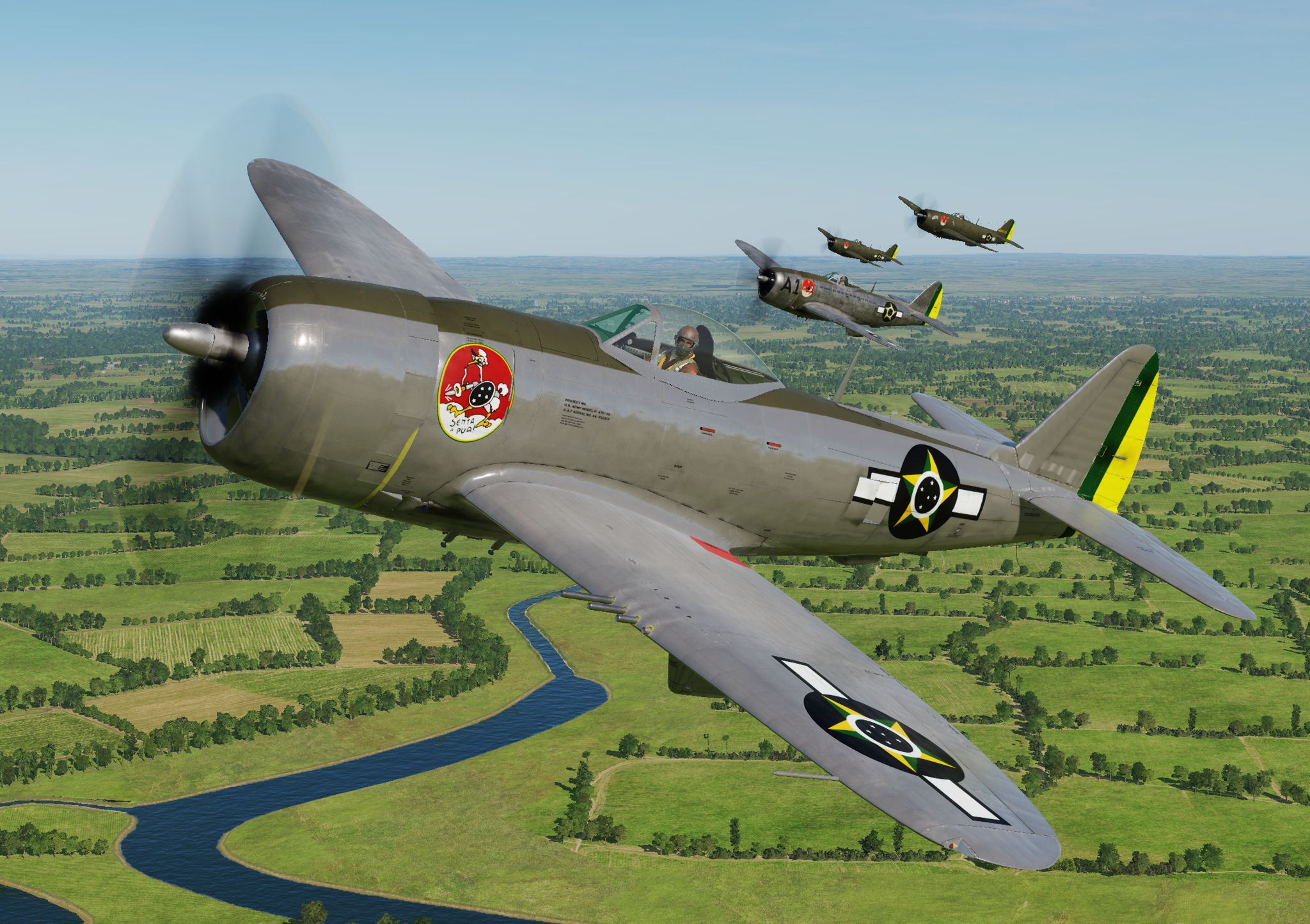 About this Livery:
The livery is fictional. This is my first attempt to make an Chrome Livery. The P-47D Demonstrator would be used in airshows, but it is completely fictional. I consider it a work in progress.

2nd Option
Extract the 1st Brazilian Ftr Sq-Jambock-Demonstrator Chrome folder to your C:\Users\"YourUserNameHere"\Saved Games\DCS.openbeta\Liveries\P-47D-30 folder
If you don't have that folder, you may create it.
Remember to double check your HD drive letter and Saved Games destination folder.

This is my first attempt to make a DCS Livery, so be gentle and feedback is well accepted. Btw, there is a texture problem on the side insignias that I could not solve. The rearmost part of the lateral insignias are kind metallic. I think it will be solved with the future template.