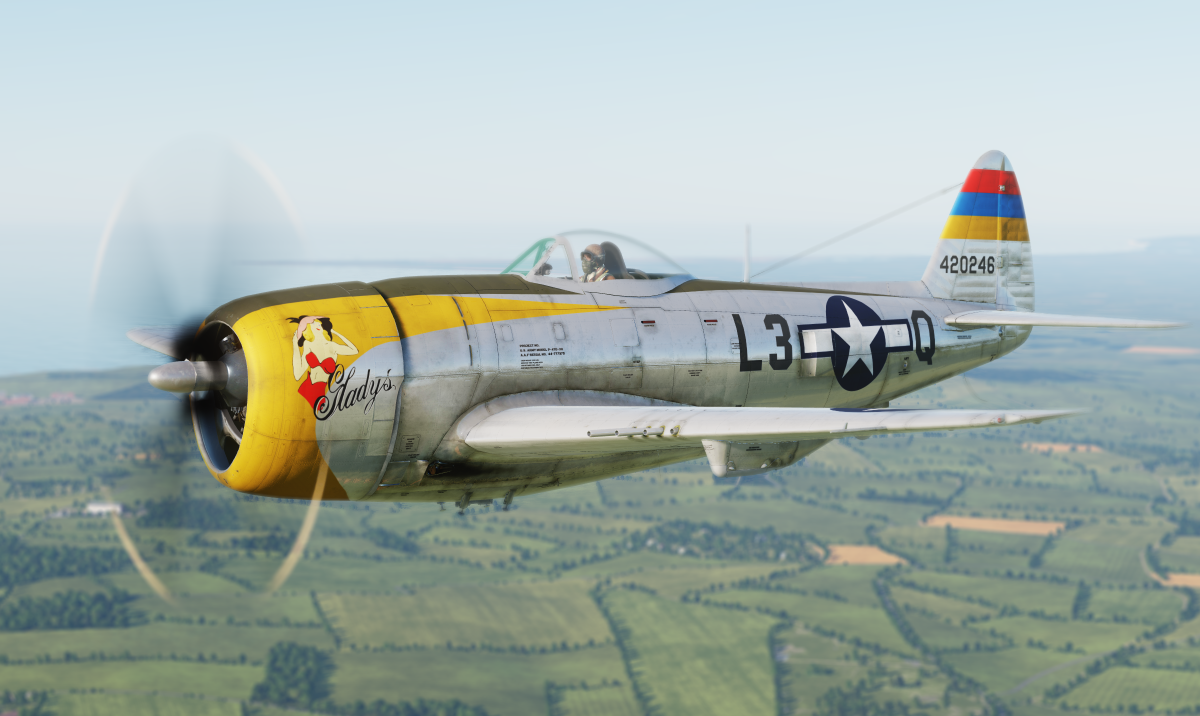 Type - Skin
Auteur - Jumper77A
This aircraft piloted by 1LT. Ernie Sprouse was aircraft "Q" Serial number 44-20246 from the 512th Fighter Squadron as it would of appeared when the squadron was assigned to Nordholz, Germany, c. 1945.  I am told when then 2LT. Ernie Sprouse received this aircraft "Texas Kay" was already painted on the right cowling.  A "payment" of 2 bottles of whiskey ensured "Gladys" would soon appear on the left cowling.  This livery was done by special request for a friend of the now late Ernie Sprouse.  I can only hope I did his aircraft justice.  Enjoy!

Compatible with both early and late model P-47s!