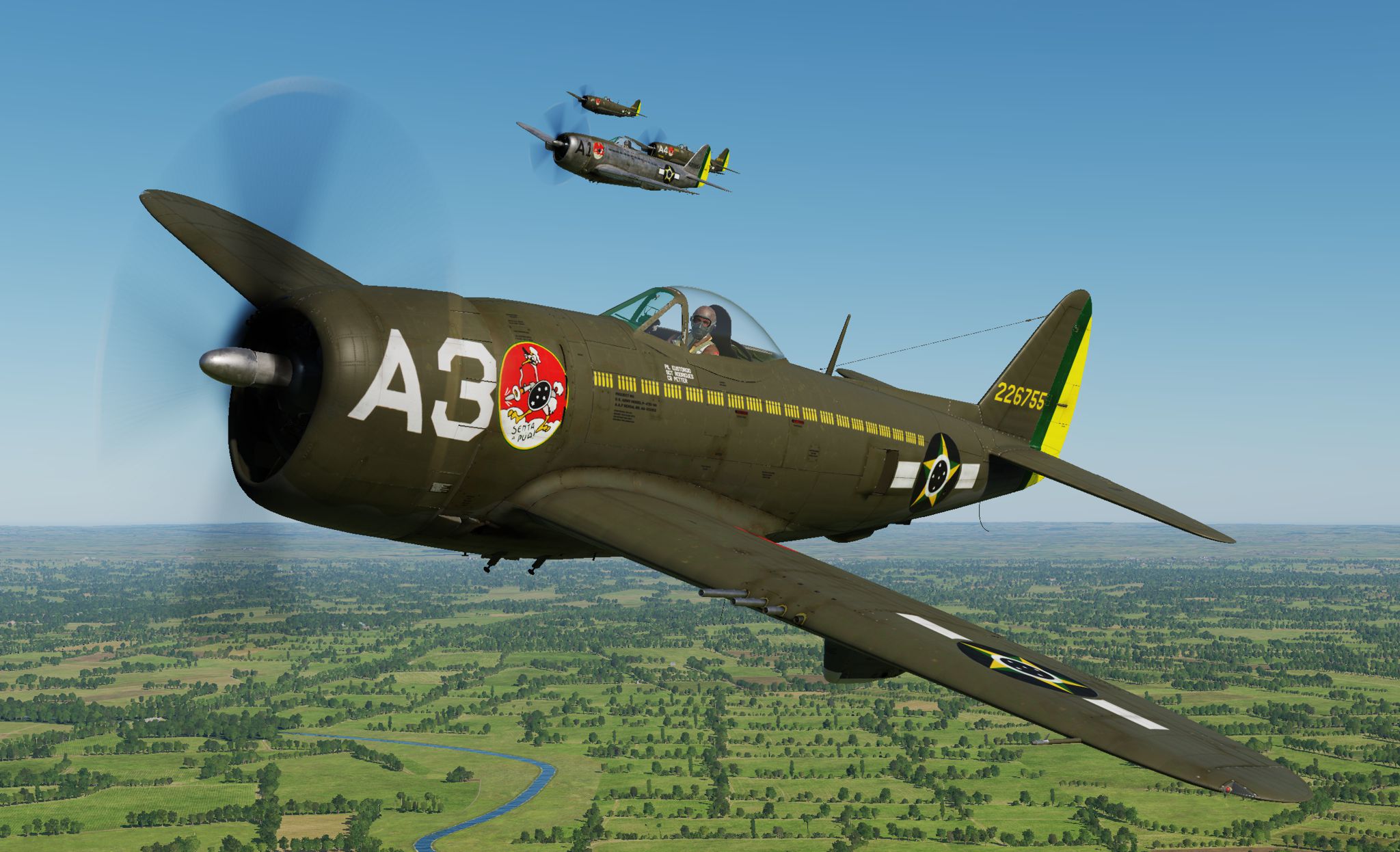 About this Livery:
The livery is as historical as possible.
1st Lt Eustorgio flew 93 combat missions during WWII in Italy. He flew most of the time as "Red Three", on his Olive Drab "A3". He remained in the Brazilian Air Force as Fighter Instructor and commanded several bases, include Transport Detachments. He died in August, 7th, 1951, in an airplane crash. He was promotted post-morten to Lt Col.

This airplane was a P-47D-25-RE SN 42-26755. There is no picture of this airplane and the livery was made after documents research.