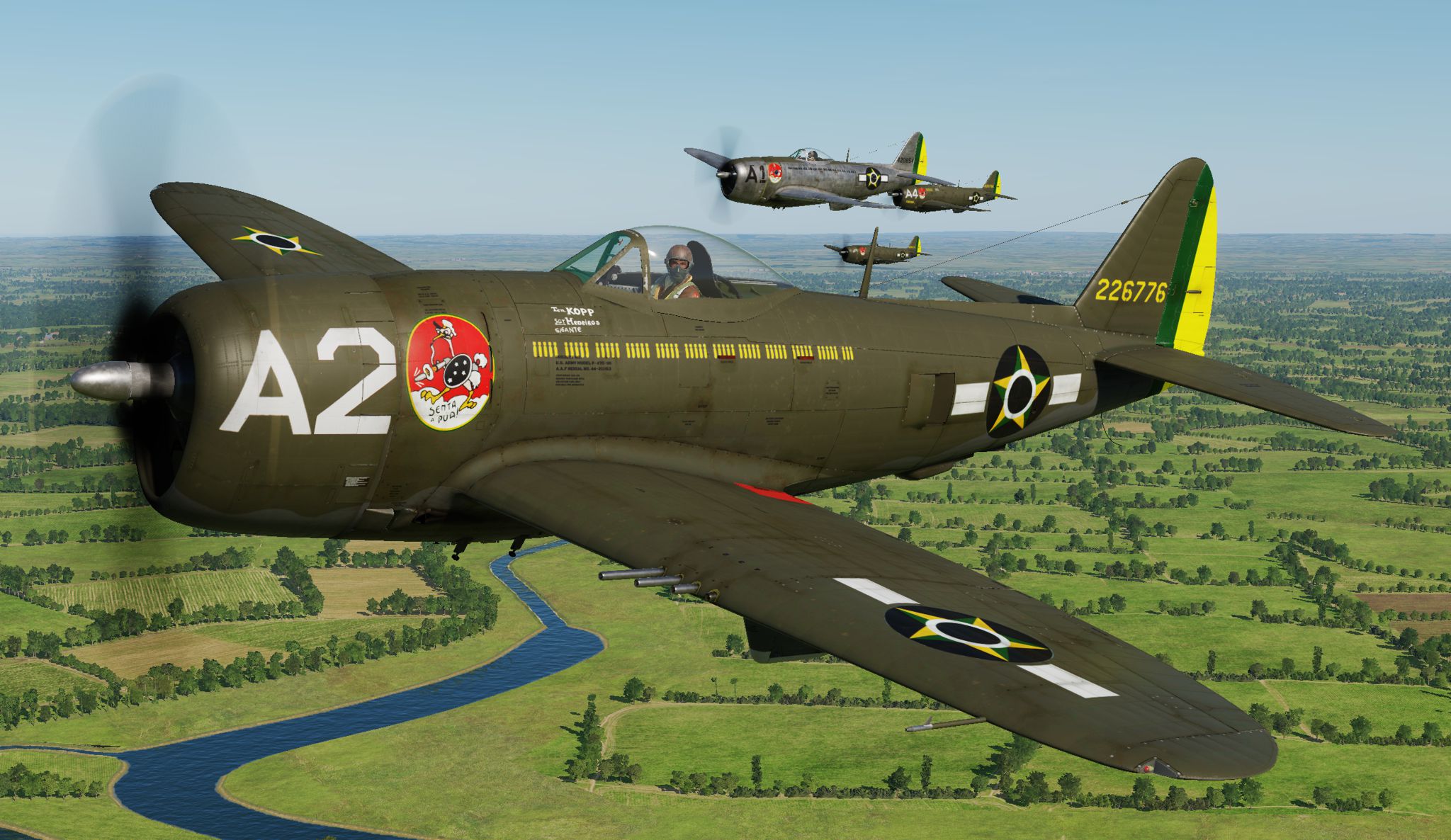 About this Livery:
The livery is as historical as possible.
Cap Kopp flew 58 combat missions during WWII in Italy. He flew most of the time as "Red Two", on his Olive Drab "C2". He was shot down on hi 58th mission, managed to bail out and and was rescued by partisans. He remained hidden until the war end.
After the war he occupied many important Air Force jobs until he retired as General. He married and had one doughter. He died in 1996.

This airplane was a P-47D-27-RE SN 42-26776. There is a pair of pictures of this airplane as portrait in this livery. Torres used for a while the word "TROZOBA" on its nose, but it was removed later on. "TROZOBA" is a brazilian slang that means something like "Penis". The airplane did not have an insignia under his left wing nor on the top of the right one. At the point of the included picture, he had flow 30 missions. And, yes, the "A" letter was misaligneg.