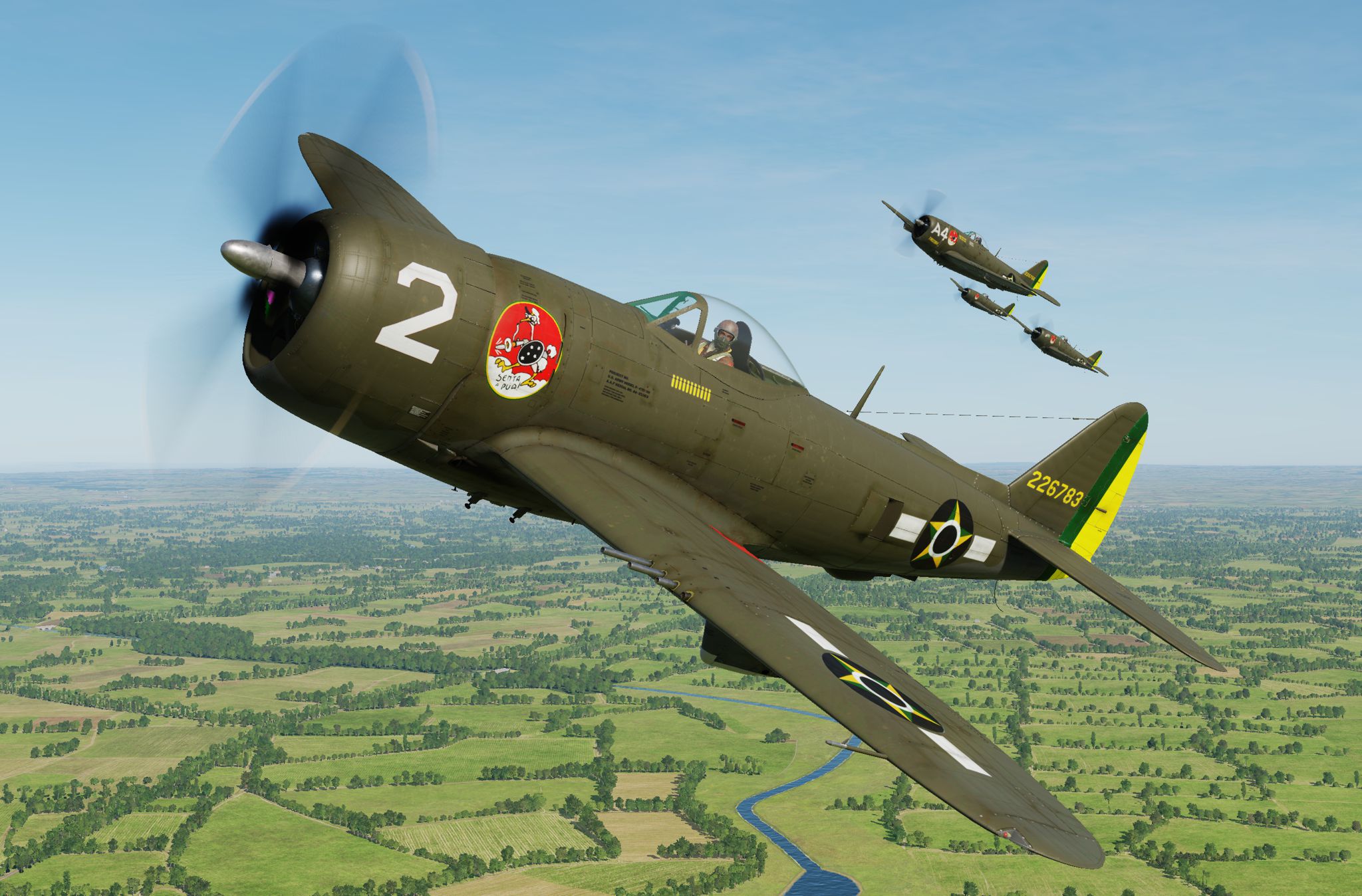 About this Livery:
The livery is as historical as possible.
The first "event" with this airplane was with Lt Tormim in a maintenance flight. He was bounced over the base by two P-51Ds and he performed wonderfully and managed to "shot down" both of them in sequence. It was an wonderful sight to see that mock dogfight over the base and even the americans were impressed by hi agressiveness.

The other is more historical to the Jambock Squadron history. On Feb, 4th, 1945, Asp. Av. (Cadet) Danilo Moura (flew 11 missions on WWII in Italy) was shot down by flak at Castelfranco, SW of Treviso, Italy, on this P-47D-27-RE SN 42-26783. He managed to bail out, but hurt his tongue, dressed as civilian and started an epic escape from behind enemy lines. He took a month walking, begging food, borrowing a bike and even talking face to face to germans, but made it back to base in Pisa. He walked 140km and lost 22 pounds (10Kg) in that month. Once back to the base, he was grounded to avoid the germans to discover how he escaped in case he was shot down a second time. He became the cars garage manager for the rest of the war.
This event was "traslated" in a squadron Opera named "Danilo's escape!" and it is sung until today by squadron members.
Danilo was the younger brother of the Squadron Comander, Lt Col Nero Moura.
Once back to Brazil, he left the Brazilian Air Force and became a civilian pilot in PANAIR do Brasil Airlines. Later on he became a farmer. He married and had 5 sons. He died in 1990.