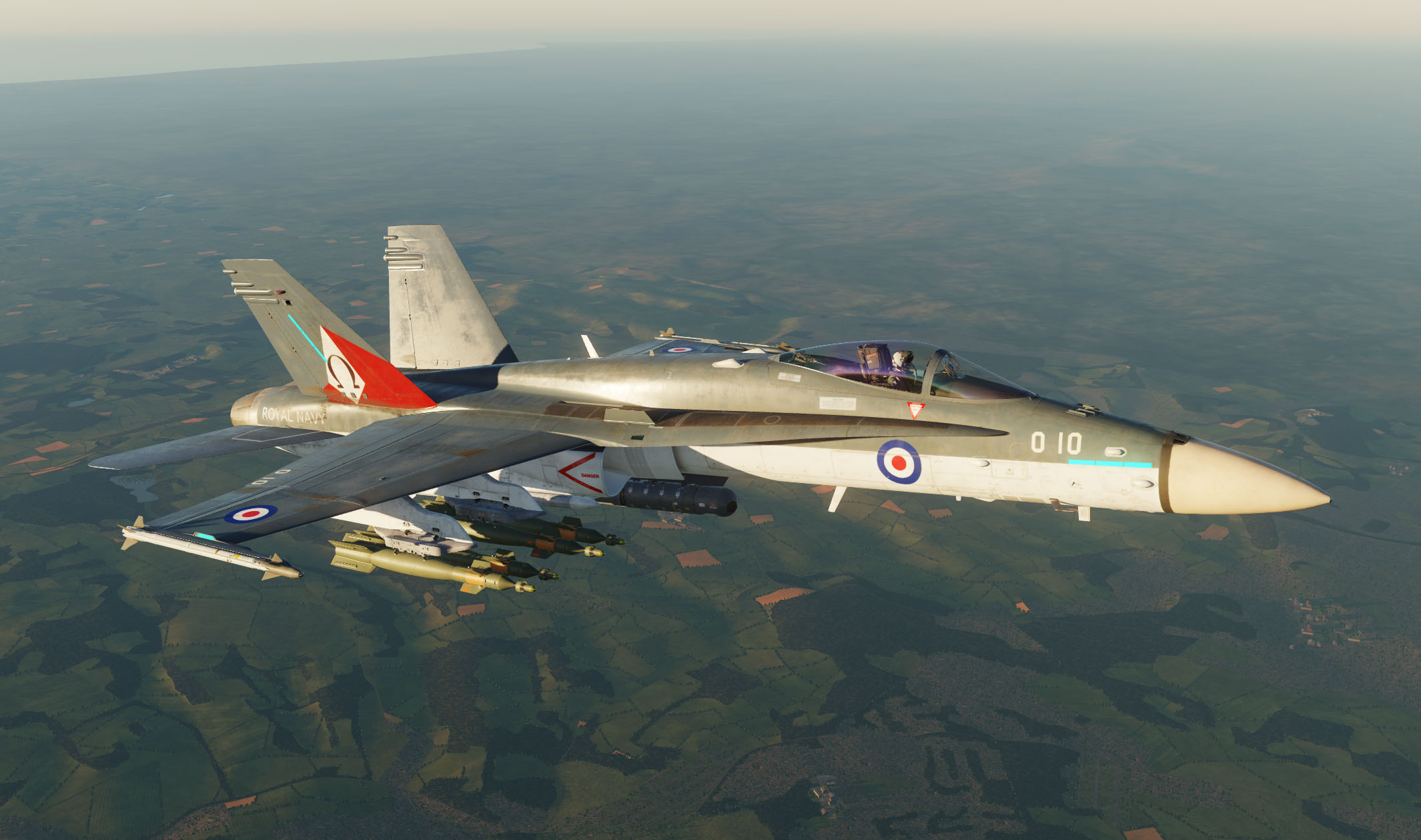 The last working angled deck carrier in the Royal Navy was the Ark Royal (R09) decommissioned in 1979. When it was decided to replace the ski jump carriers, rather than building the new Queen Elizabeth class it was decided to purchase a Nimitz class carrier from the States with a batch of tried and tested F-18C Hornets. One of the old squadrons to work off the old 'Ark' was 892 Naval Air Squadron of the Fleet Air Arm.

Using a picture of a Phantom in squadron markings I have presumed that the squadron was reactivated to fly the new Hornets in 892NAS colours off the new carrier. I hope you enjoy it.
Tags: Royal Navy, Fleet Air Arm, f18, f-18c, f-18 skins, hornet, carrier
FOLLOW US