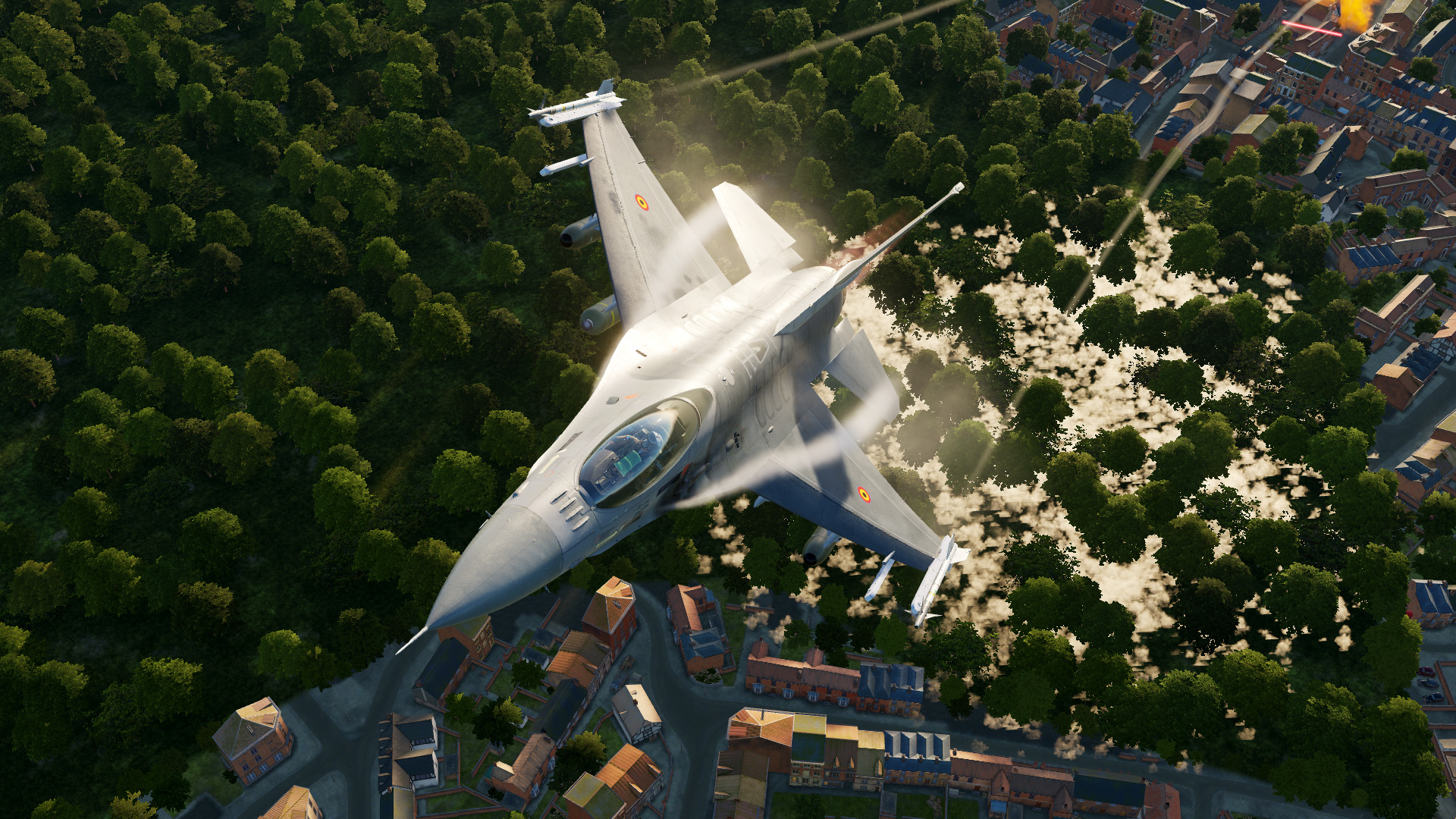 Type - Mission Solo
Uploadé par - Don Rudi
"The Channel map is only for warbirds" - I beg to differ, imho it is also a fine map for modern assets.

Prudent Tiger is a CAS mission, requiring precision drops of cluster bombs and the use of unguided rockets, in order to support an aerial evacuation of besieged troops.

Mission contains some 60 voice overs, including full ATC from start-up to landing.

A unit of Belgian commandos landed on the shores of souther England, but was pinned on their advance shortly after the landing.
They are under siege in a small town, with insurgents attacking them from the adjacent woods to the north and south of the village.

A pair of Dutch CH-47s (Grizzly flight) is tasked with retrieving the troops and fly them out to an amphibious dock ship in the Channel.

You are flying out of Merville in France and have to secure the area for the helicopters by destroying any relevant threat. "Relevant" being the keyword, as not all opposing units pose a threat and are there only to deceive the player.

The mission features full ATC from start-up request to landing, so please do not use the ingame F5 ATC!
At mission start you can request start-up and/or taxi approval by using the F10 menu.
To try something new, I included a last chance check when taxiing to the runway, just follow the aural and onscreen instructions.

Over the target area, focus on the forces in the direct vicinity of the friendlies. Your loadout consists of a 2x CBU-85 and 2x 19 2,75" rockets. Use them wisely and avoid hitting the town with the bombs, as this will result in a mission failure. Precision is the task of the day.

The mission was designed for Gunfighter06's excellent BAF skins. For this mission I strongly recommend to install his FA-127 weathered skin:
https://www.digitalcombatsimulator.com/en/files/3311471/