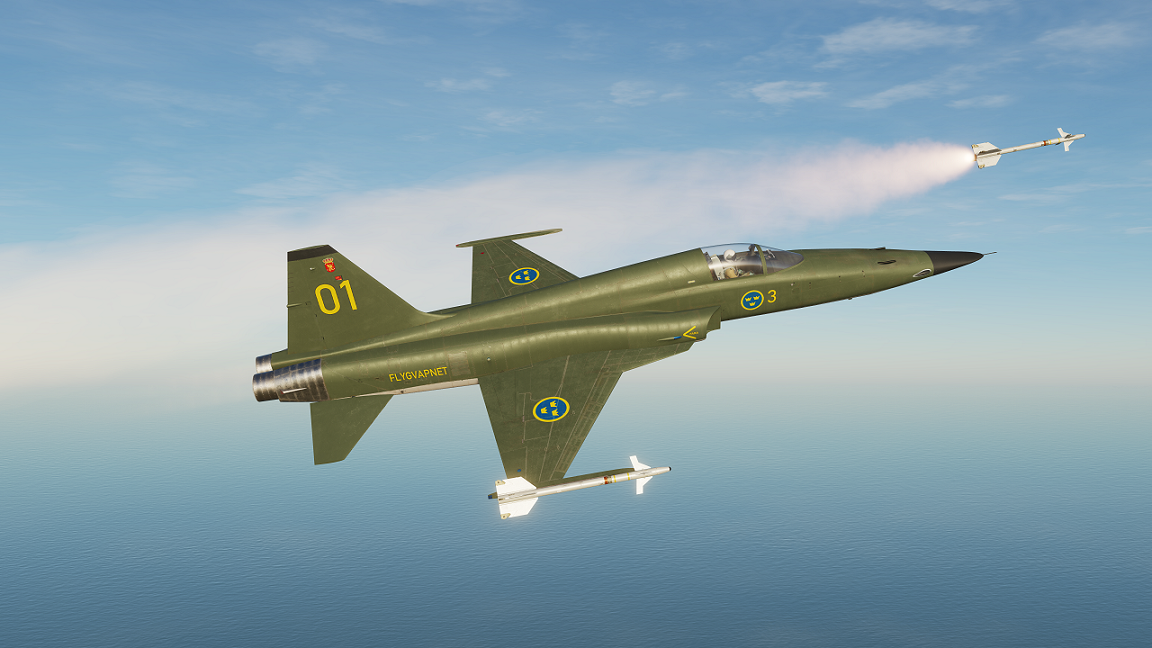 Unzip into your Saved Games\Liveries\F-5E-3 folder and have fun!

Between 1962 and 1967, Sweden purchased thirtysix F-5A Freedom Fighters from the United States for use as strike escorts for the main attack wing 1. Attackeskadern as the J 32 Lansen and J 35 Draken both were unsuited to the escort role. The purchase was controversial due to the US Involvement in Vietnam. This displeasure was shown in the naming convention as the airplane was simply named JA-5 rather than continuing the standard numbers.

In 1974, an extensive upgrade program began to upgrade all existing JA-5A to the new C Standard; a standard that brought them up to speed with the latest F-5E Tiger II Model. The first aircraft upgraded to the C standard would afterwards be known as "The Swedish Tiger".

Both the 67th and 157th were disbanded in 1986. 37. Stridsflygsdivisionen does however serve to this day, having converted to the AJS 37 Viggen.
Tags: F-5E, Tiger, Sweden, Swedish, Air, Force
FOLLOW US