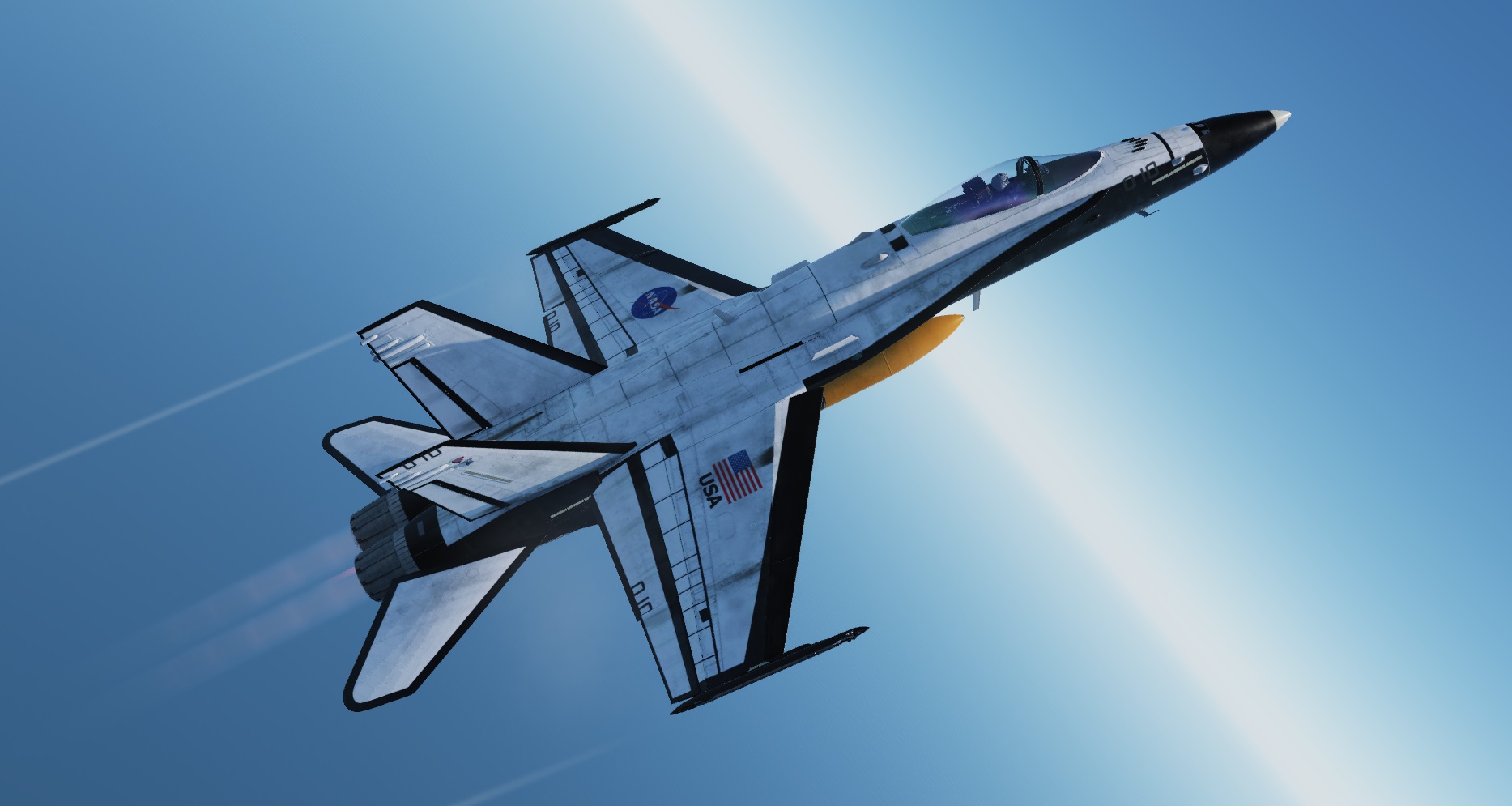 Type - Skin
Uploadé par - maika1024
This skin commemorates NASA's Space Shuttle program, which ran from 1972 to 2011. It includes a complete exterior skin for the F/A-18C and its fuel tank. The skin takes inspiration from each of the Space Shuttles and does not mimic a specific Shuttle in particular.