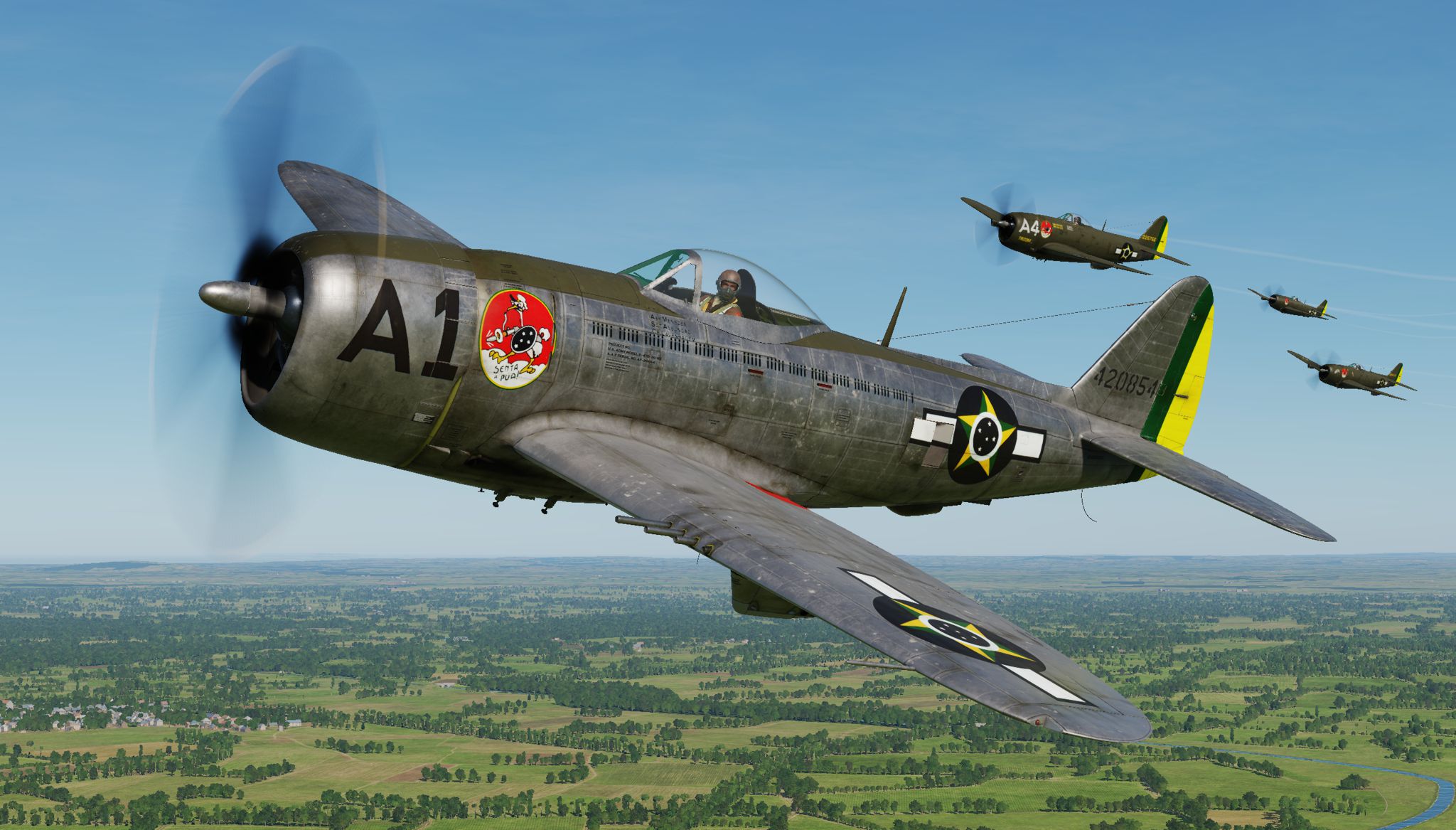 About this Livery:
The livery is as historical as possible.
Warrant Officer Diomar Menezes came to the squadron as one of the very few replacement and flew 71 missions in combat. His plane was a Silver "A1" P-47D-30-RE SN 42-20854, callsign "Red One". He took over this plane after the Flight Lead became sick. He flew it until the War end.

The Patch on the nose means:
- Ostrich - Brazilians can take and handle anything;
- Hat - The Brazilian Air Force Pilot;
- Shield - The Thunderbolt toughness and the Pilot protection;
- Blue and the 5 Stars - Brazilian Sky and the "South Cross constellation";
- Pistol - the Jug fire-power;
- Cloud - the airspace, "the pilot's floor";
- Red Background - the blood of the Brazilians WIA and KIA;
- "Senta a Púa!" - Group Motto and means "Go for it!" in a "free translation";
Later, after the war, it was added a Flak Cloud to represent the enemy AAA.

2nd Option
Extract the 1st Brazilian Ftr Sq-Jambock A1-Menezes folder to your C:\Users\"YourUserNameHere"\Saved Games\DCS.openbeta\Liveries\P-47D-30 folder
If you don't have that folder, you may create it.
Remember to double check your HD drive letter and Saved Games destination folder.

I am just starting to make DCS Liveries, so be gentle and feedback is well accepted. Btw, there is a texture problem on the side insignias that I could not solve. The rearmost part of the lateral insignias are kind metallic. I think it will be solved with the future template.