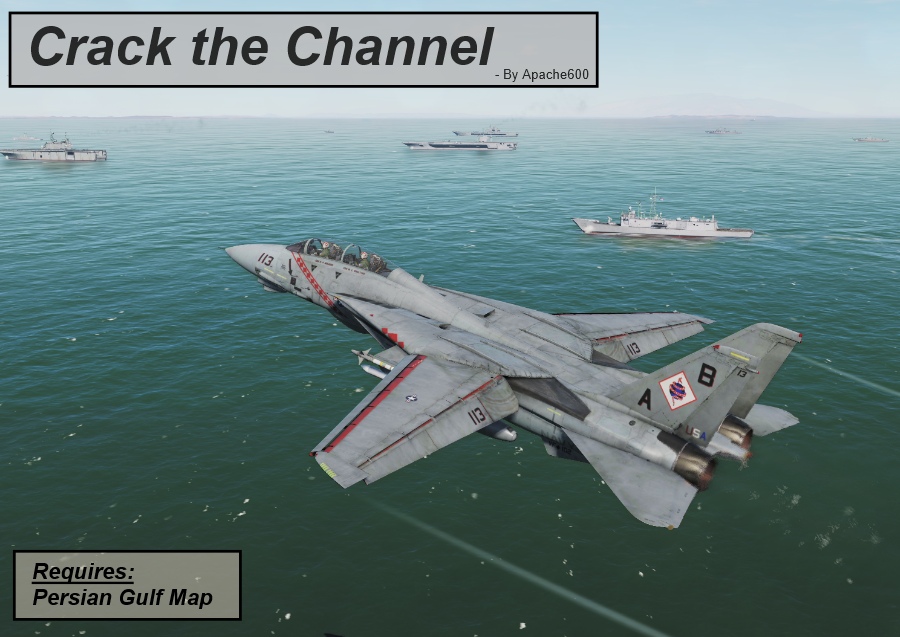 Type - Mission Multijoueur
Auteur - Apache600
- Version 1.8 -
This mission takes place in the Persian Gulf.  Terrorists have launched an offensive from their stronghold in Iran and are in the process of taking over various islands in the straight.  Listen to mission tasking for prioritization of targets.

v1.5:   Fixed triggers for the very last objective.  Special thanks to 75th-VFS- Striker
Fixed an enemy escort flight that some how spawned as friendly
Fixed a few triggers related to the radio F10 comm menu