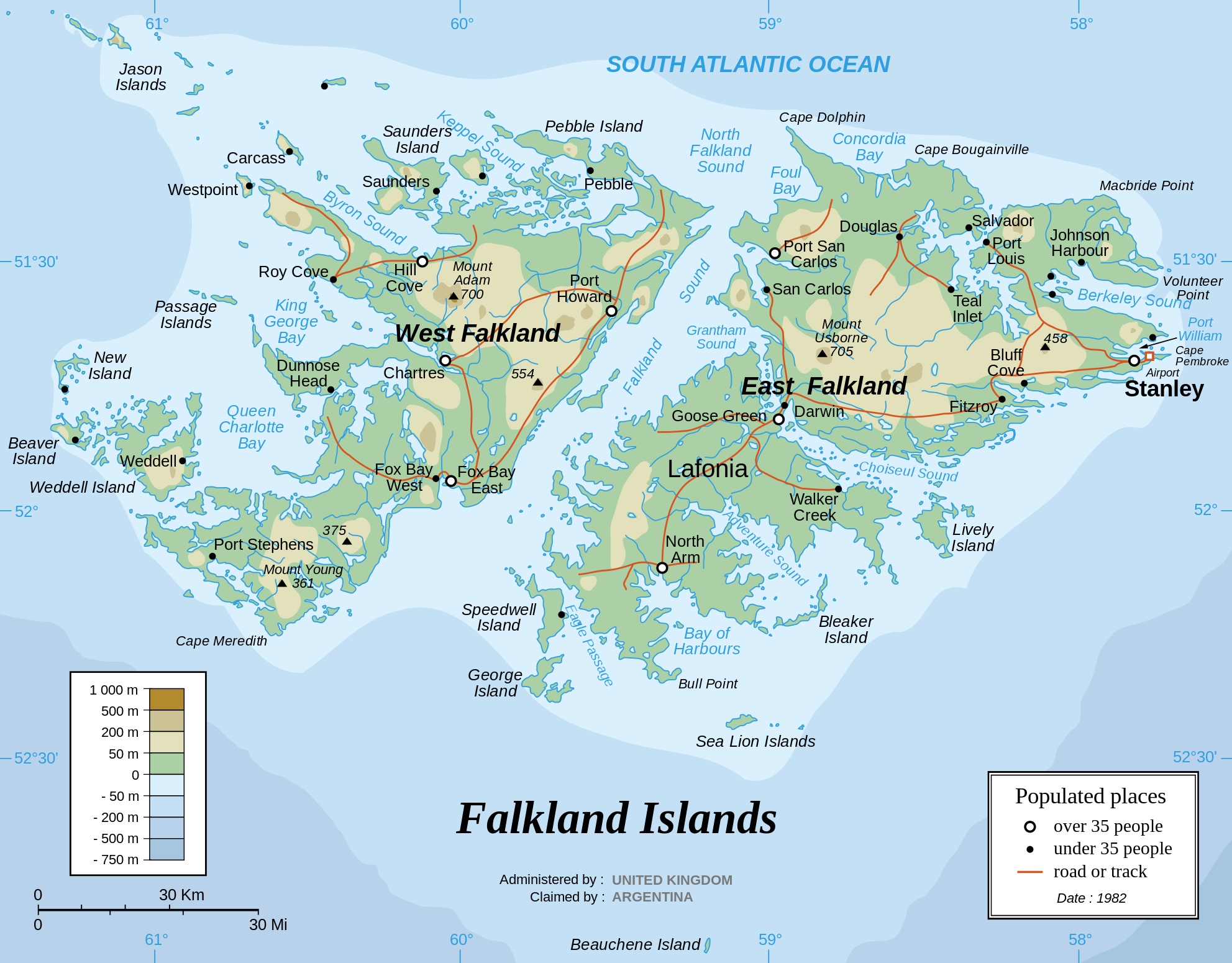 Type - Mission multijoueur
Auteur - Jaguar 1-1 | ANT
This mission is a follow on fr om the previous mission; Falklands War 2 - Opening Shots - Version 26 -27.10.18 by ANT (EGNF) UK. It is a modern Falklands War 2 conflict simulation, wh ere Argentina has succeeded in occupying the Falkland Islands and now, two weeks later, the British are ready to try to take them back! Set in mid-November 2009 (Falklands springtime), it has an analogous layout, including unit types, names and armaments for the period. Obviously this is limited by the map and assets currently available in DCS World. The layout of the Falkland Islands is portrayed using the east coast of Crimea and the Taman Peninsula of Russia, the Kerch Strait therefore plays the role of the Falkland Sound which is the sea divide between the east and west Falklands islands.

In a well planned and executed operation involving the majority of their war fighting capabilities, Argentina has successfully captured most of the Falklands Islands land mass, leaving the British perched perilously on the small airfield located on the peninsular at Stanley (Novorossiysk).
Relying on a small but well trained force of troops with limited armour and hopeful of further resupplies fr om Ascension Island and the UK, the British are upbeat about their prospects of ending the war on their terms.
A task force headed by HMS Ark Royal will arrive imminently and brings much needed supplies and relief to HMS Illustrious and her small battle group.
Argentina has a dangerous surprise in store for the Brits however, how they deal with it will most likely decide the fate of the islands once and for all...


Attack and defeat the small British presence on the islands.

Patrol (CAP) to eliminate any type of British air support.

Help regain sovereignty of the Islands.

Try to take out any Argentine radar sites and SAM systems.

Shoot down any Argentine aircraft in the area.

Destroy any Argentine troops or armour.

Use any of the four available JTAC cars for lasing targets if / wh ere possible as well as for basic visual reconnaissance.

A British Army Hermes drone (predator) will be launched during the mission, however this feature doesn't seem to work as a JTAC (as intended) and is merely included as a recon element


(Any ideas, criticism or issues, leave a message below and I will consider altering/implementing them, either way I hope you enjoy my efforts!)