Su-27 for DCS World focuses on ease of use without complicated cockpit interaction, significantly reducing the learning curve. As such, Su-27 for DCS World features keyboard and joystick cockpit commands with a focus on the most mission critical of cockpit systems. 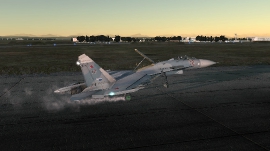 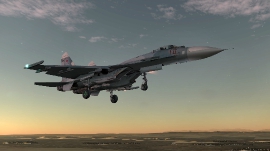 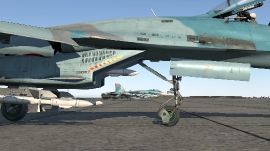 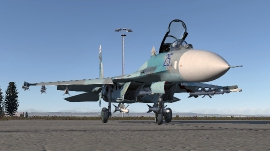 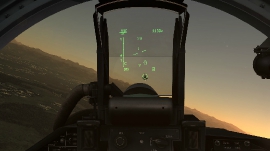 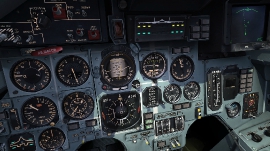 Directional yaw control is performed by symmetrical deflection of the rudders. Transmission of inputs from pedals to the rudders is conducted by means of a mechanical linkage. Additionally, yaw sub-channel servo units of the fly-by-wire system are mechanically connected to the rudders with half-travel authority. 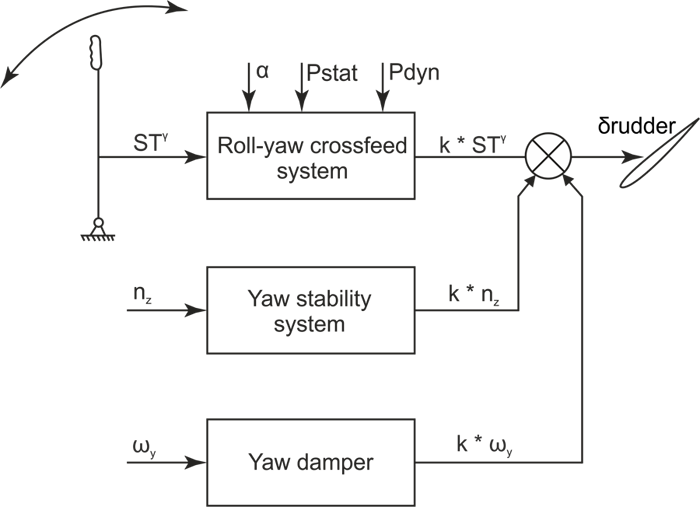 The yaw sub-channel of the fly-by-wire system includes the following automatic devices:

Roll-Yaw crossfeed system operates in accordance with side stick inputs. It deflects the rudders to the same side as the control stick. This eliminates adverse sideslip caused by the difference in drag by half-wings. It also improves a lateral controllability, especially at high angles of attack. 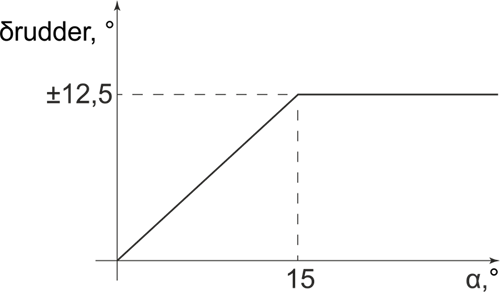 Due to this, lateral control is preserved up to an angle of attack of 28 degrees and there is no roll reversal due to control stick movement. 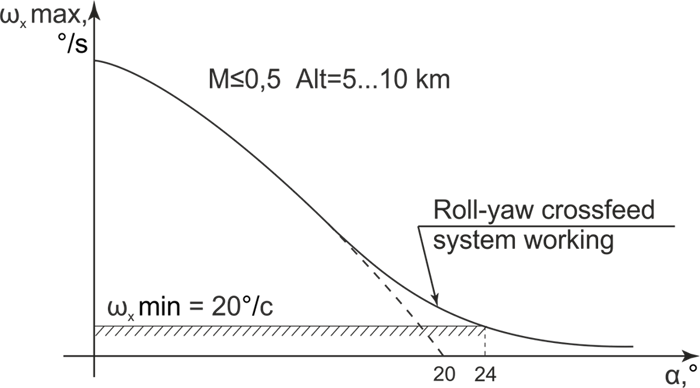 In order to decrease loads on the fins and the aft fuselage as a whole at the speeds of over 600 km/h, and when the landing gear is up, a spring mechanism is connected to the directional control system providing for the locking stop in the mid-travel of the pedals to each side. It is forbidden to override the locking stop of the pedals at the airspeeds over 600 km/h. This is why pedal travel at these speeds is reduced by half in this simulation.

The powerplant of the Su-27 includes two АЛ-31Ф (AL-31F) engines, each of which has its own turbine starter ГТДЭ-117 (GTDE-117). Because both engine have a separate starter, both individual and simultaneous starting of both engines is possible.

In order to start the engines on the ground, one should:

The nozzle control system is intended to change the diameter of the exhaust nozzle in accordance with the desired law.

Before engine start, during the ignition and when in IDLE mode, the nozzles are completely open to provide the most favorable conditions for engine start: the greatest torque of the turbine, minimum overheating, and the minimum thrust during IDLE mode. When the throttle is moved forward to 77-81% of the engine RPM, the nozzles close partially in order to produce improved thrust characteristics. When the afterburner is switched on, the nozzles opens in order to maintain the turbine exhaust temperature. As the thrust augmentation ratio increases, the nozzles open.

When the landing gear is extended, the nozzles partially closed in order to preserve the power margin and to avoid nozzle contact with the runway during the touchdown. Due to this, the thrust is increased when on the glide path. In order to decelerate, the speedbrake should be used.