Type - Skin
Author - jexmatex
Updated Version of this one https://www.digitalcombatsimulator.com/fr/files/3325108/
There was an issue with the star up pole length so it is corrected now !

Started as a request from a friend and got neerdy.. so here is my rendition of this beautiful aircraft
Mirage F1 CT 1942-2009 Normandie-Niemen Display

For those who wonder why a Russian red star on a french aircraft
The Normandie-Niemen Fighter Regiment (French: Régiment de Chasse Normandie-Niémen – (Russian: Нормандия-Неман) has adopted different formations and designations since 1942. Originally formed as Groupe de Chasse Normandie 3 in 1942, then redesignated as a regiment (with and without the "Niemen" designation in the same year) in 1944, then given four different squadron numbers (1953, 1962, 1993, and 1995), and later two regiment designations (2008 and 2011). 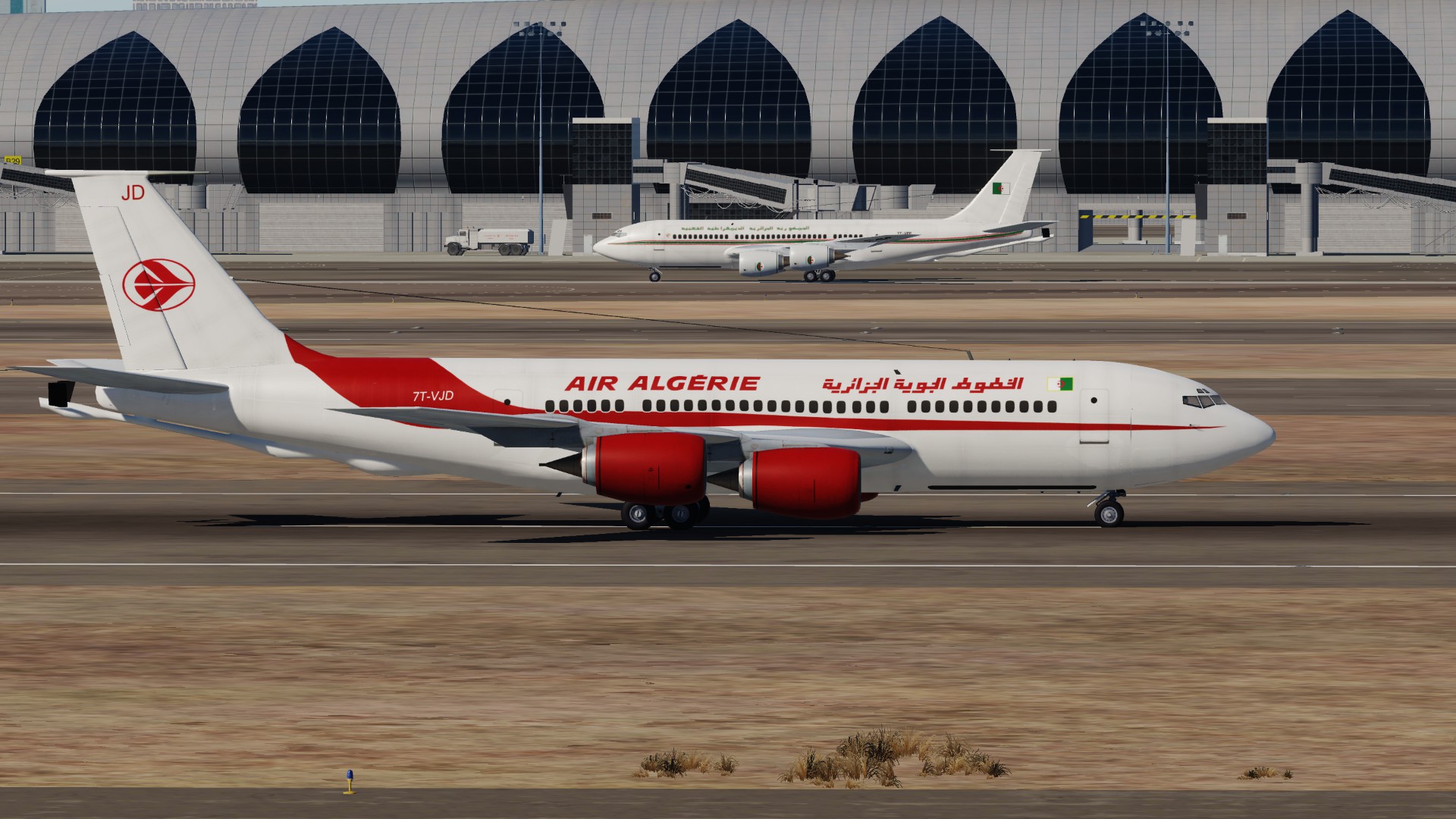 Algerian KC-135 skins which where hidden in the files

Type - Skin
Author - Wyvern613
I found some unused textures in the files, so i turned them into skins.
Download Detail
DCS: World 2.7
Su-25T

In 16 tasks (each assigned to a slot), you will learn/practise every aspect of weapons delivery in the Mirage F1.
Tasks range from simple navigation using TACAN offsets to low level bombing to more advanced techniques like toss bombing or pop up attacks.
Overall there are 10 air to ground tasks, 5 air to air tasks and 1 naviagation task.

Each task is described in the accompanying 26 page manual, providing the player with all necessary attack parameters, gunsight depressions, sight pictures and if needed cockpit switches. 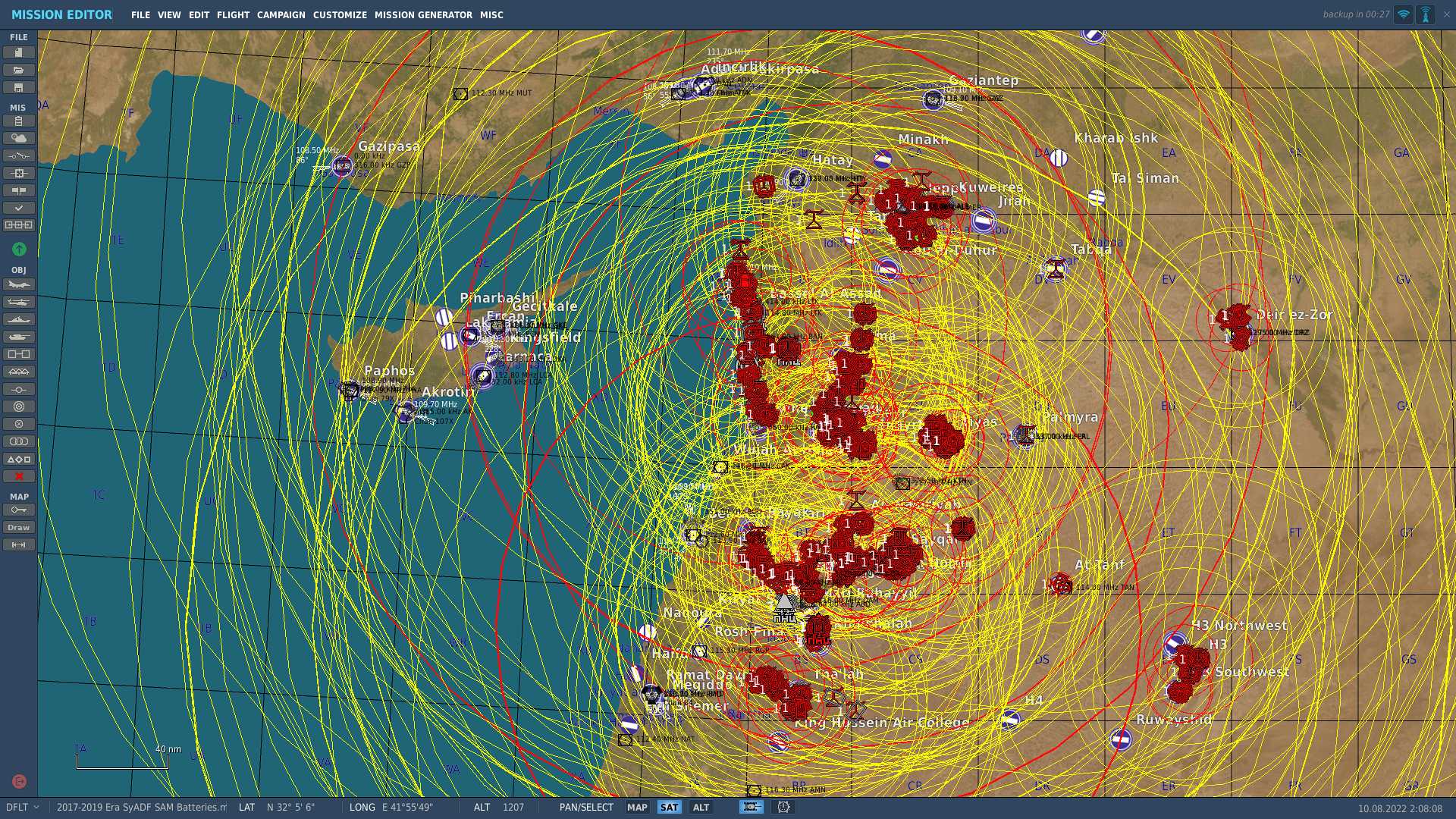 Type - Single mission
Author - FaZeF4SKIN69
This Mission/Template consists of SAM Batteries In Syria as responding to the uprising of Rebel Forces Circa about realistically 2017-Present, although some tiny details might have changed, so if you want to stay rock solid in history then stay within the 2017-2019/20 era as Syria has dismantled and/or moved a fraction of its SAM Batteries near Damascus up North near Aleppo. The list of all SAM Batteries is in the Readme Located in the folder.

For realism i included 2 mods in this mission, both are IC compliant and are a very good use for miscellaneous SAM and ground unit placement. 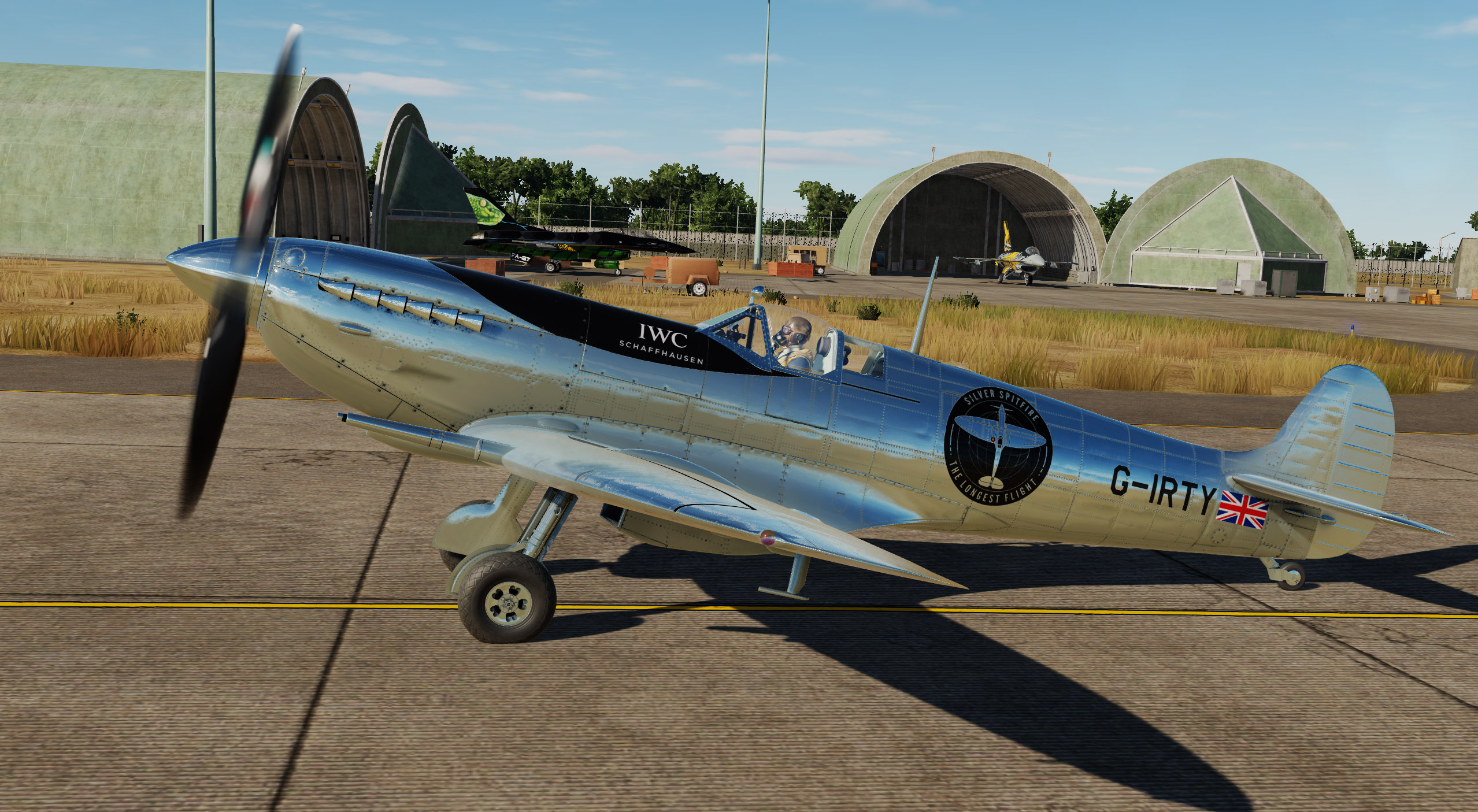 Type - Skin
Author - EIGHTBALL73
The Silver Spitfire G-IRTY flew around the world in 2019 supported by a Danish PC-12 from Danish company Blackbird Air.
During summer 2022 the Spitfire was based in Billund Denmark and flown by Danish Testpilot Casper Børge Nielsen 'PEL' at Danish Air Show.

Thanks to DCS Pilot Morten Drachmann 'RAC' and Roughmaster aka Gunfighter06. (Go check out his amazing liveries!). 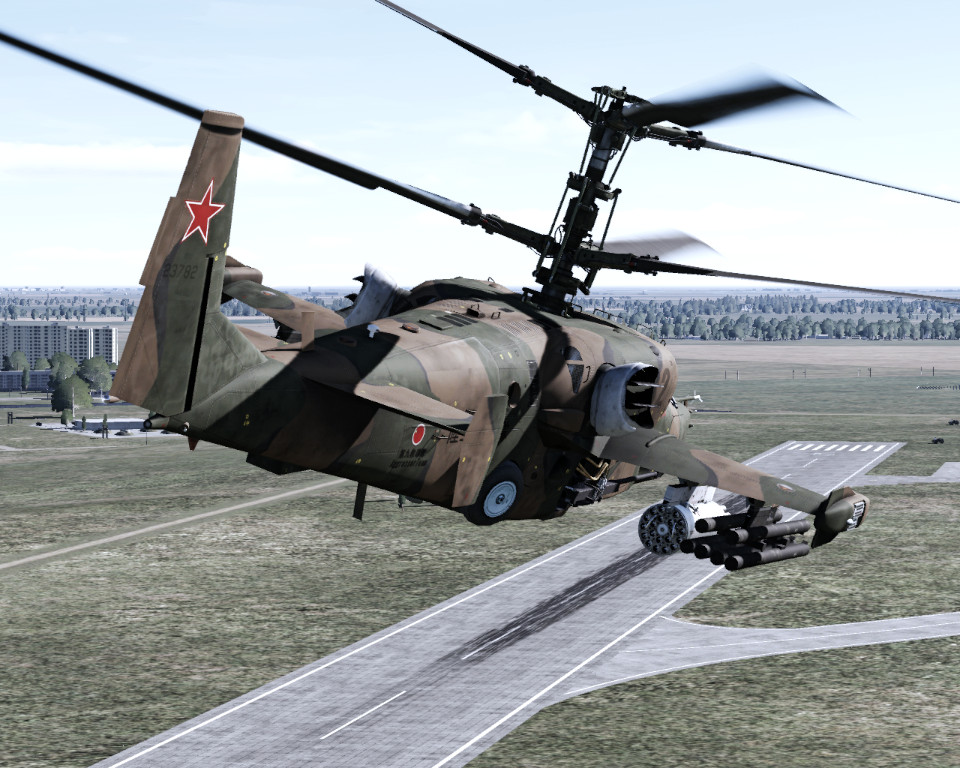