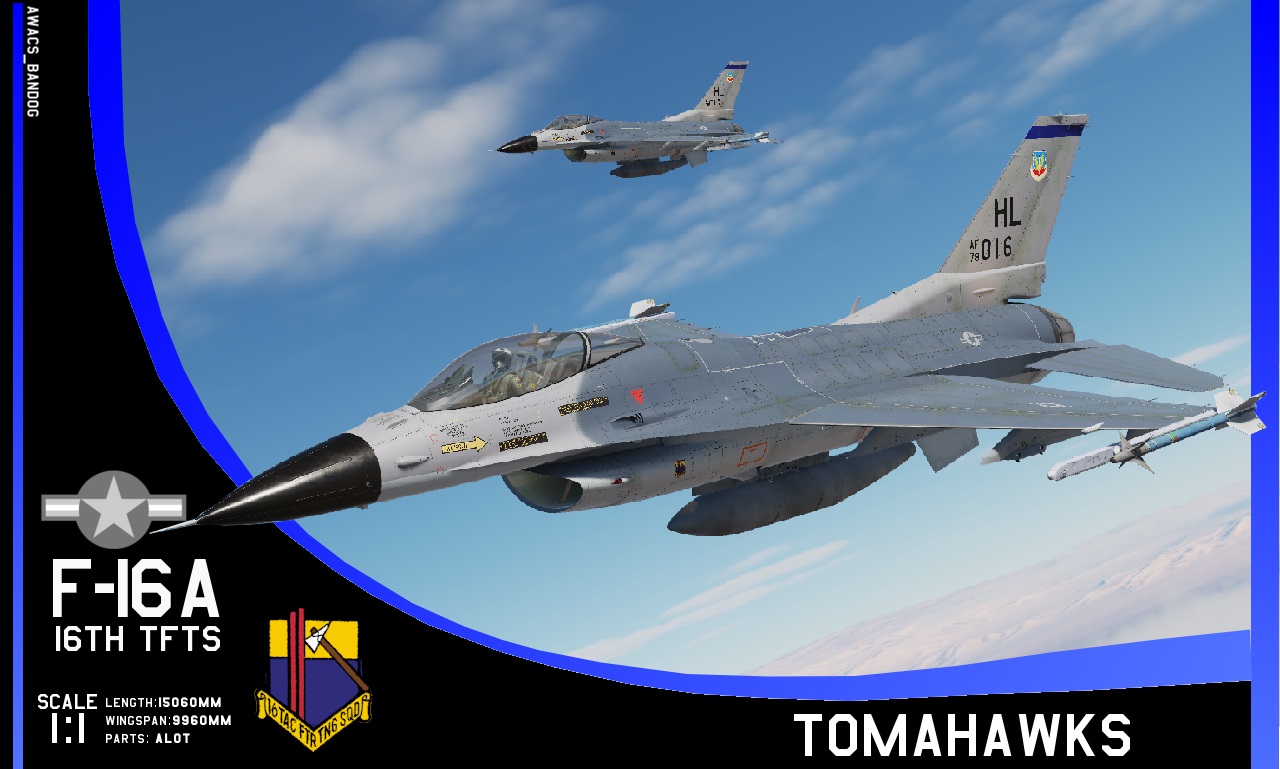 Type - Skin
Author - AWACS_Bandog
Based at Hill Air Force Base, Utah, the 16th Tactical Fighter Training Squadron received first production General Dynamics F-16A Fighting Falcon aircraft to be delivered to an operational squadron on 6 January 1979. Many of the early F-16 pilots went through the 16th TFTS as it was the first Replacement Training Unit for the F-16 and acted as a worldwide training unit, training over 240 pilots in the F-16.

Type - Single mission
Author - Atazar
The objective of this mission is to shoot down three frigates of type 052B and 054A to control the coast east of Bassel Al-Assad and for this it is necessary to clear the airspace. 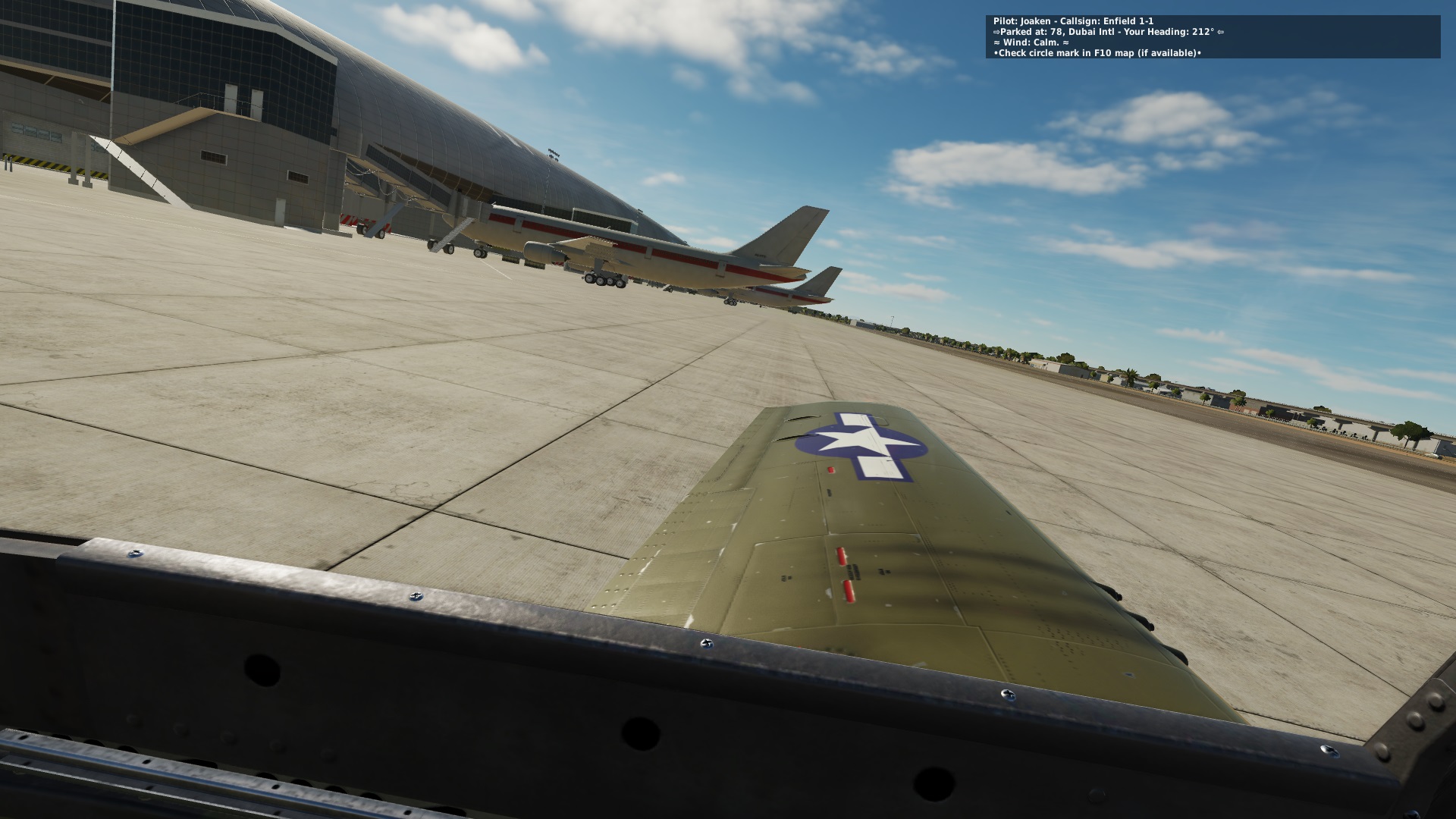 Script to show your parking position, when you spawn.

Type - Utility
Author - joacofz6
I've come up with this little LUA script, to enable a menu option that will tell your current position/parking at airbase , and add a mark label in F10 map.
No more teleportation! you now know where on earh you jumped into your plane! 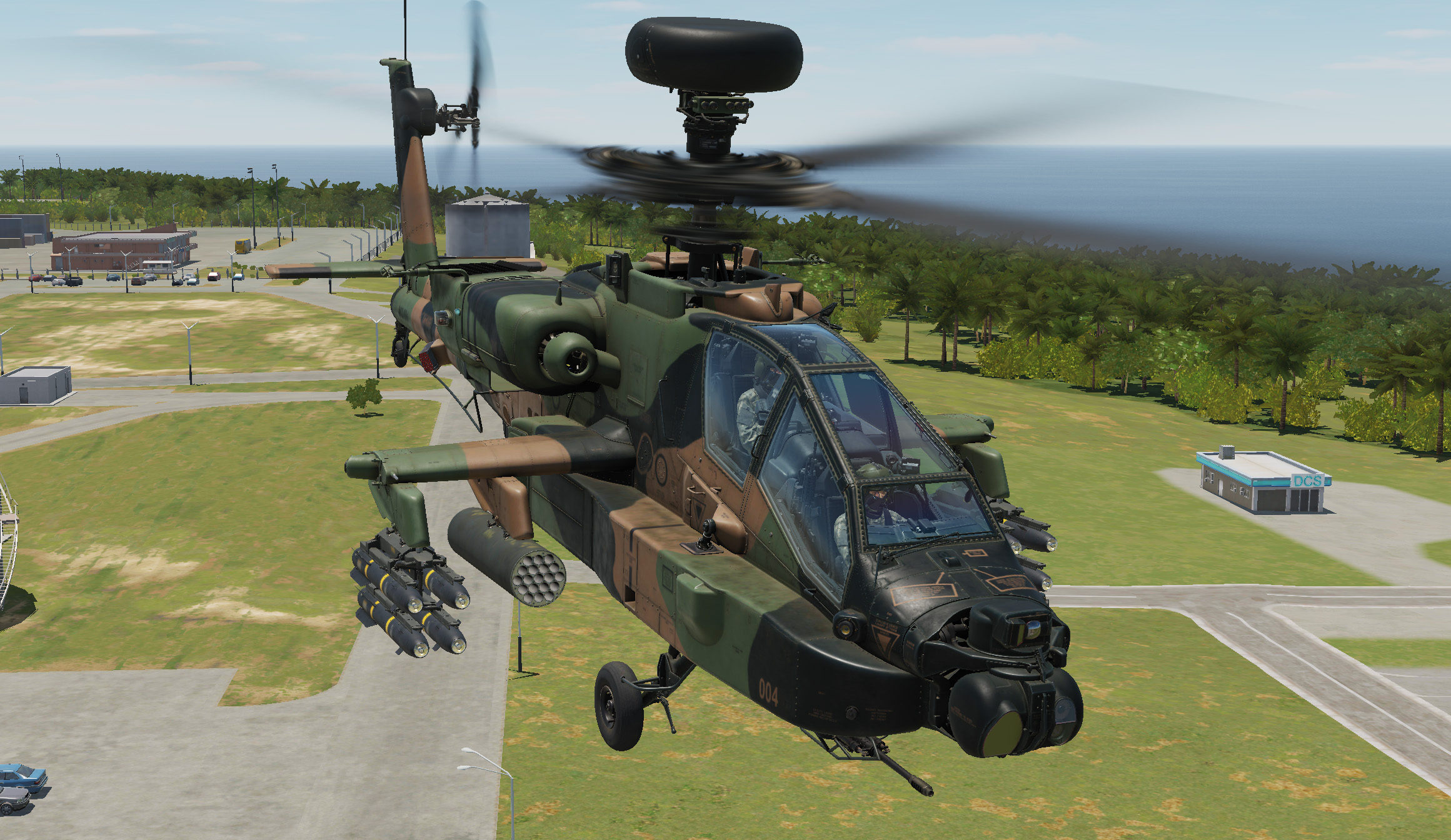 Type - Skin
Author - Jumper77A
The original 90-0776 was built as a F-16C Bl. 40K assigned to various unit across the Airforce.  Represented here is the aircraft with the 74th Fighter Squadron "Flying Tigers" as it appeared in 1995 leaving Pope Air Force base to be reassigned to Cannon AFB and the 524th Fighter Squadron.  Lt Col Rich "Cutty" Ely's name is marked as pilot with C/C  SSgt Rich Amos.  This aircraft was widely regarded as an "excellent" aircraft by pilots and maintainers alike.  It was a "Code 1 flier".  Unfortunately this aircraft was lost during combat operations in Operation Iraqi Freedom on 27 November 2006.
Tags: F-16C, f-16, Viper, Flying Tigers, 74 FS, 74th Fighter Squadron, Sharkmouth
Download Detail
DCS: World 2.7
F-86F Sabre 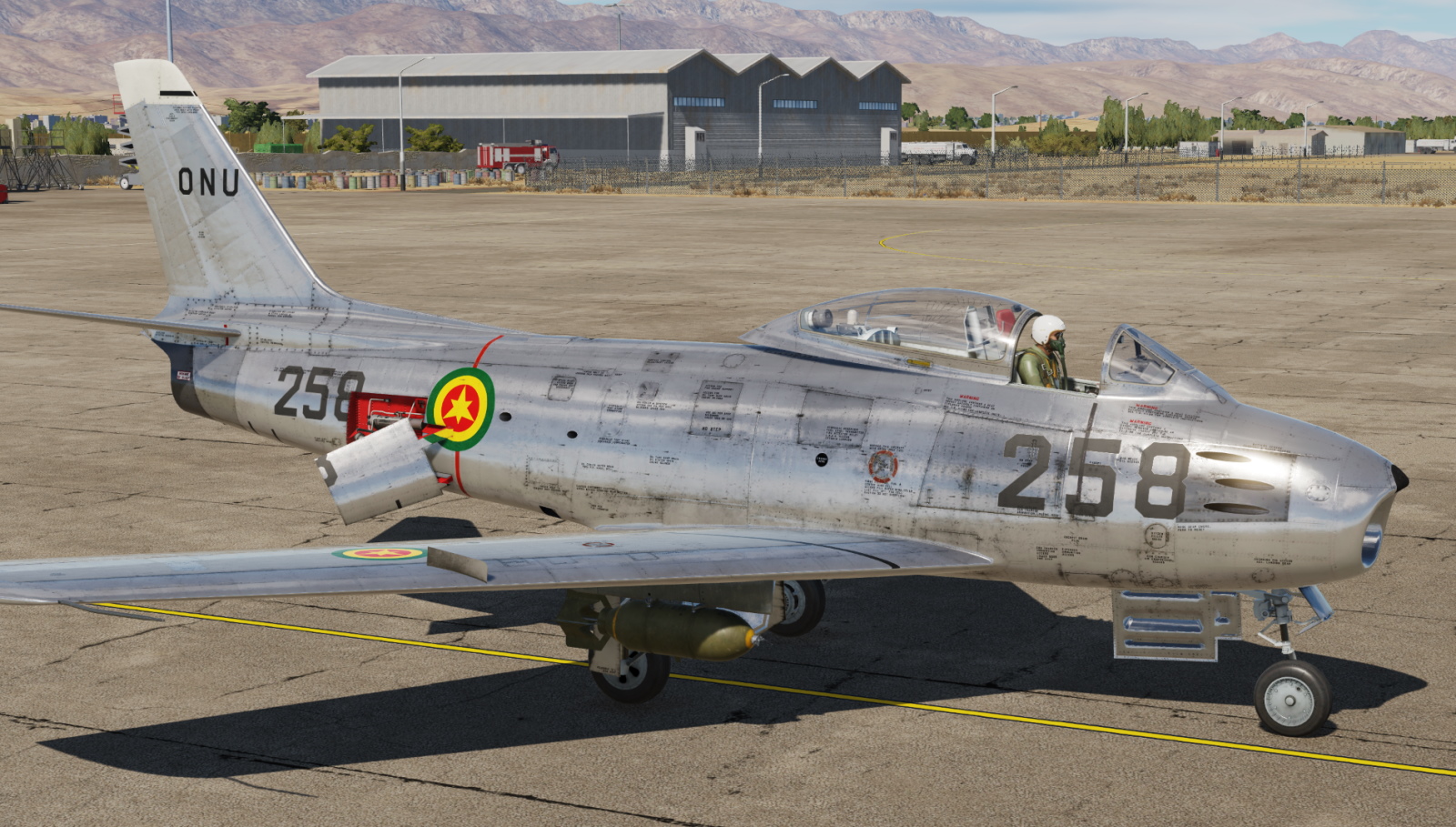