Type - Skin
Author - Phil 95
Hey! Have you ever wanted a evil looking sharkmouth for your Su-33? Do you hate these ugly green rims and have always wanted a clean grey cockpit? Then you finally found your Skin! Simple installationl. Three step guide in the description.

*I changed the inner side of the gear bay and the speedbrake from red to grey, changed rims from green to grey and removed paintings and i finally removed the numbers and logos!

*Full grey cockpit skin from the inside and outside! Levers and other stuff keep their colors so its not poorly edited!

We also have a Discord if you are looking for a Community!
https://discord.gg/HtMQ
Tags: Su-33, Shark, Su33, China, Skin, Su-33Skin, su, suskin, America, Russia
Download Detail
DCS: World 2.5
Other 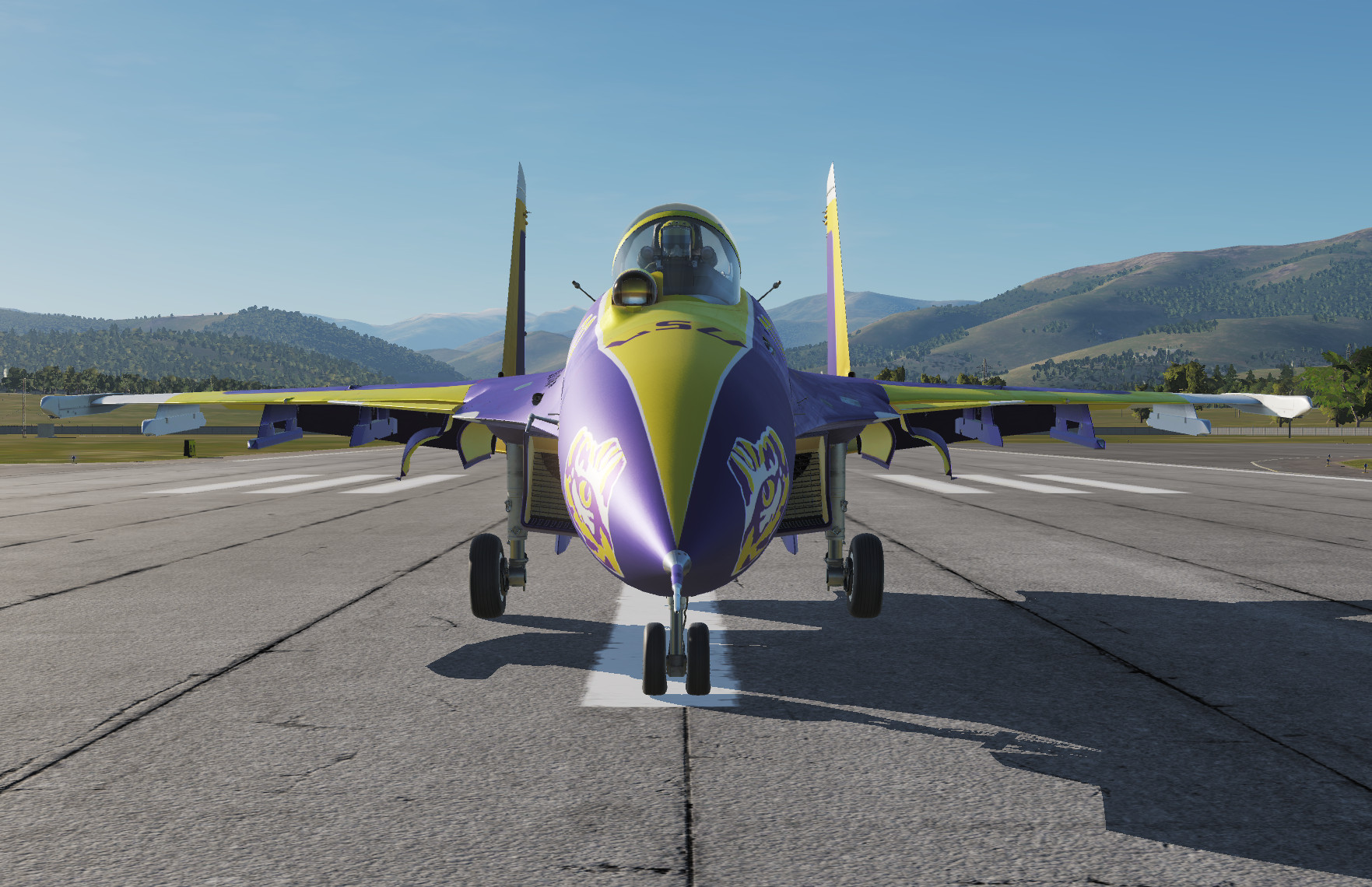 Type - Skin
Author - WytchCrypt
This Su33 skin is based on the uniform, logo and field of the LSU (Louisiana State University) 2019 National Champion college football team.  Included are both a clean airshow and dirty combat version of the paint scheme.  This skin is based on their alternate purple uniforms.  I've also created a version for the F/A 18-C Lot 20 Hornet based on their usual white uniforms, you can find that one by searching for "LSU Tiger Hornet".  Geaux Tigers!
Tags: Su33, fictional
Download Detail
DCS: World 2.5
Su-33


***About***
A recreation of the Crimson Wing livery from the game Ace Combat 6: Fires of Liberation.
Special thanks to CHSubZero for helping with the description.lau.

Version 4.0 has been converted over to the offical ED template, which includes detail corrections and enhanced weathering.
Other minor changes for enhanced accuracy included.

- Ported over to the official Eagle Dynamics template, which brings many detail fixes, better weathering & more.

- Changes to the camo geometry were made to bring the skin closer to the original Ace Combat 04 scheme rather than the AC5/Z or AC6/AH versions with the exception of the front nose (retains AC6 style).