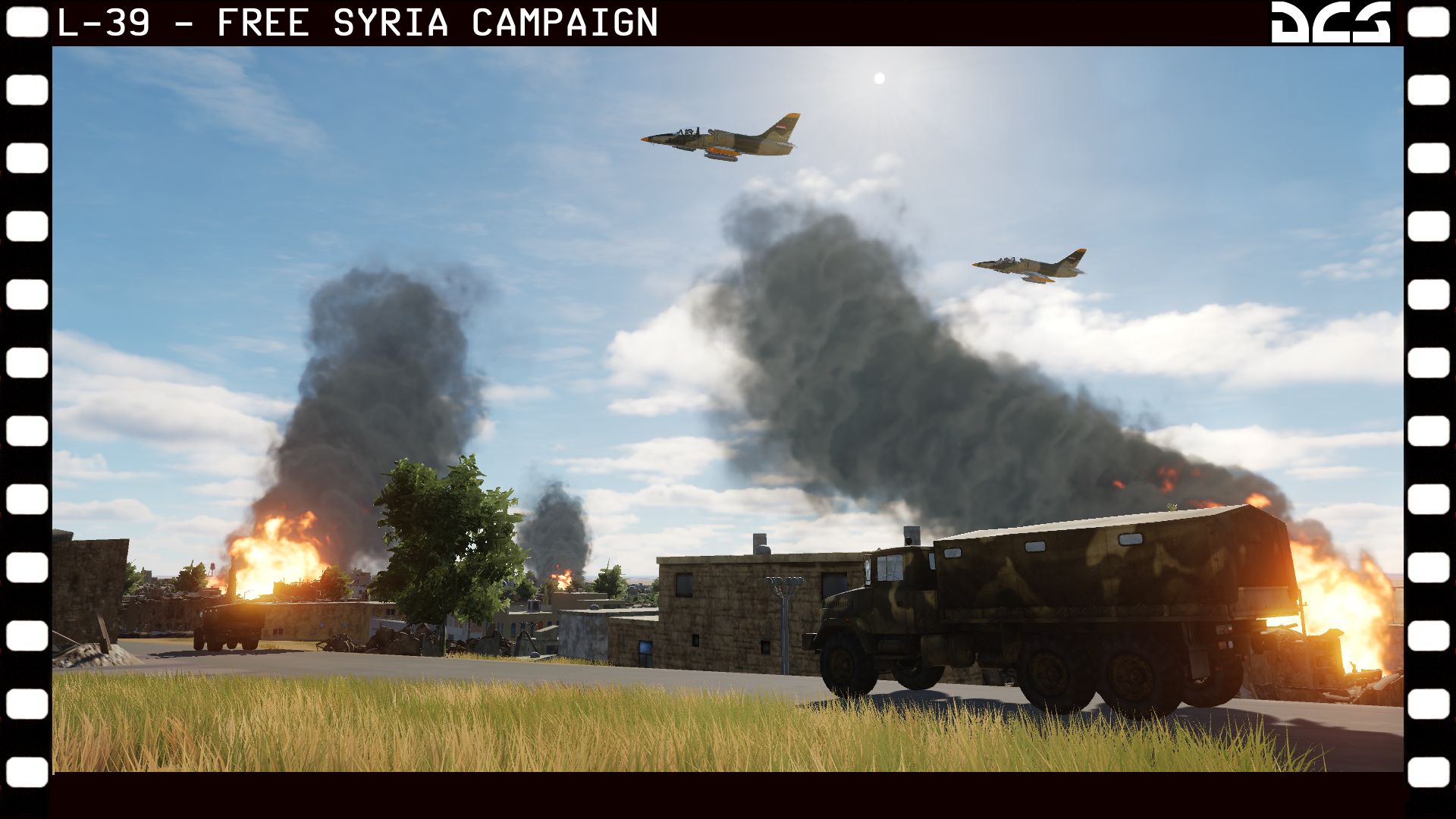 Type - Campaign
Uploaded by - dggoofy
After a civil war lasting more than 10 years, Syria is living in a fragile peace. The dictator was killed in a plane crash. Thanks to new allies, a government has been elected and the country has entered a new democratic era. Some rebel groups are resisting in the north and east of the country.
Years of war have left the Syrian air force in shambles.
You are a British pilot and L-39 instructor. You are sent to Syria to help the government retake the whole country and eliminate the last pockets of rebel resistance.

9 missions... using every weapons... as leader or as wingman... amongst other group... fully documented.