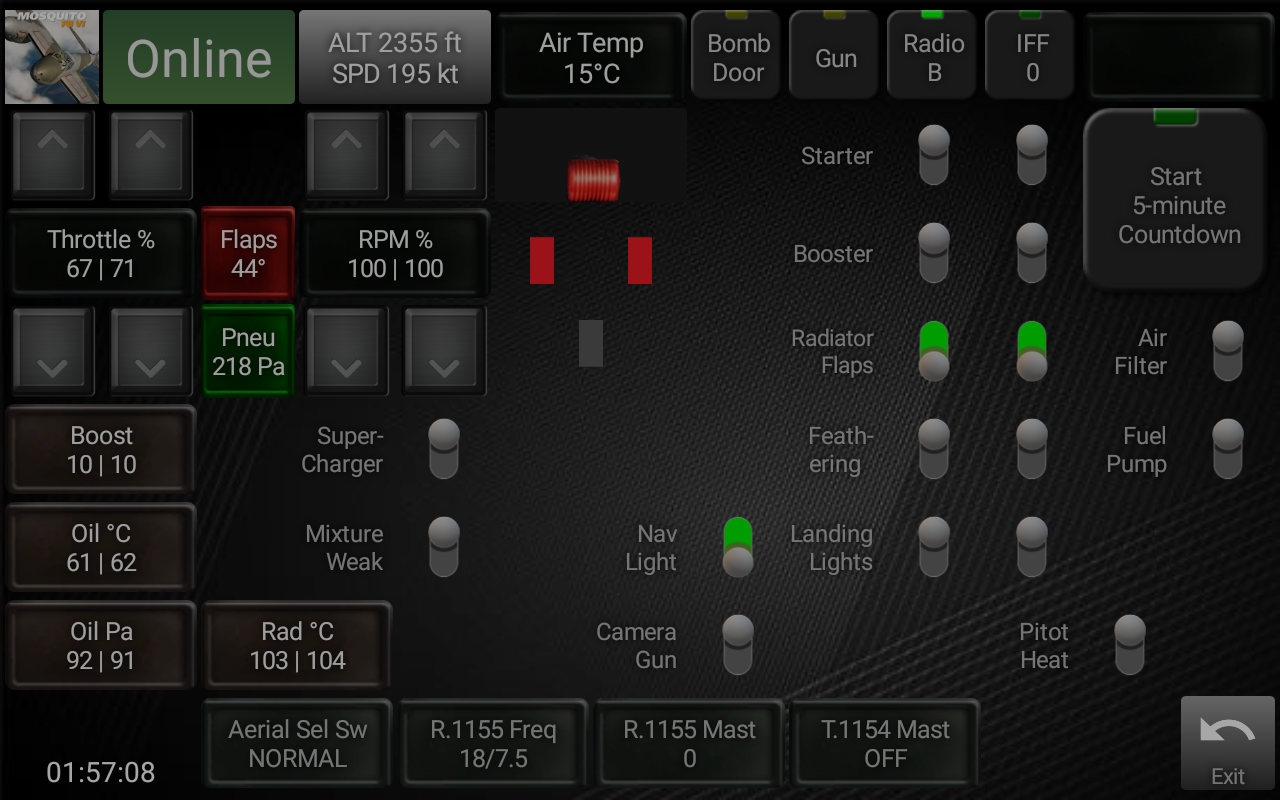 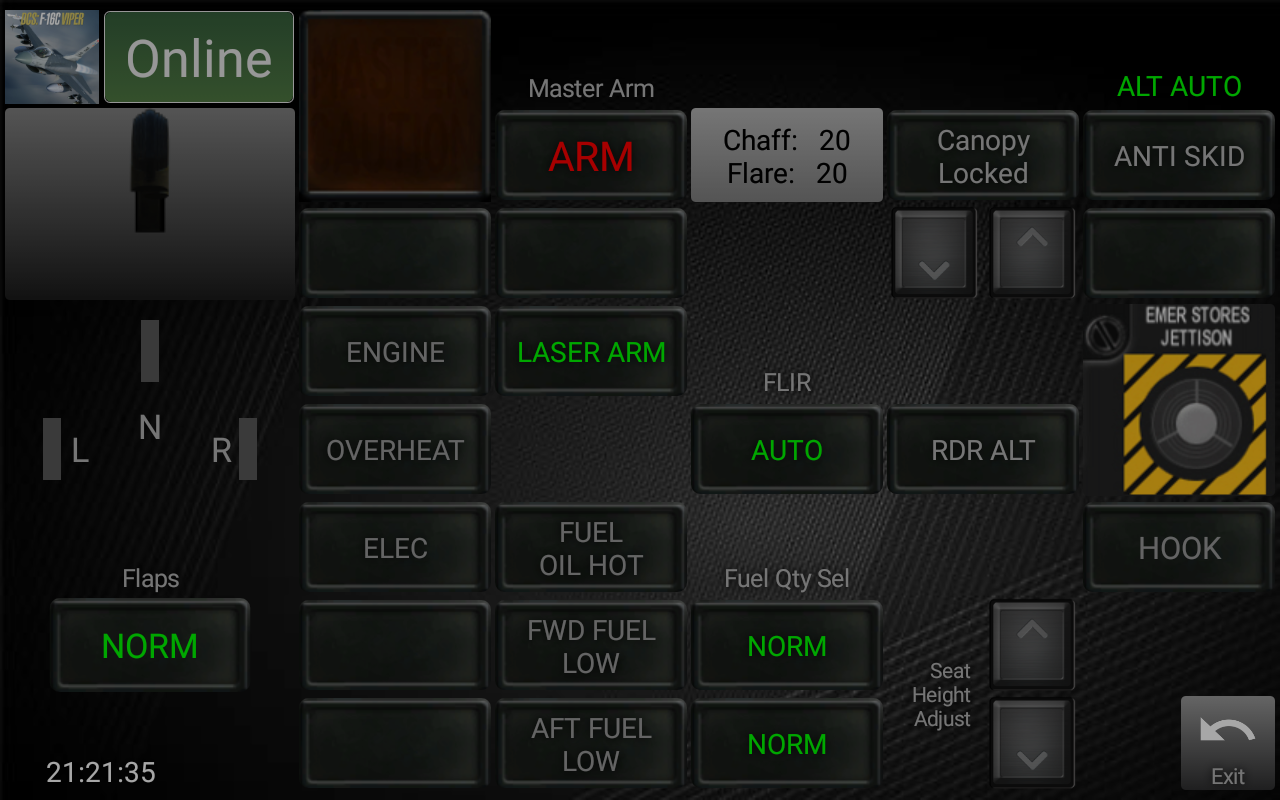 Type - Other
Author - muntg
A DCS-BIOS-based plugin for Touch Portal (Macro deck remote control for PC) where you can use Android or iOS phone/tablet as secondary display to focus on parameters such as extension of flaps and speed brakes, wheels fully or partially down, remaining chaff/flares, states of non-frontal control switches, digital readings for warbirds (eg. altitude and speed), and etc.

It enables cockpit events to be pushed to a tablet or phone via the Touch Portal app. However it will not feature ability to send commands to DCS. You can do that by key binding the target controls and setup Touch Portal buttons to generate the keystrokes concerned.