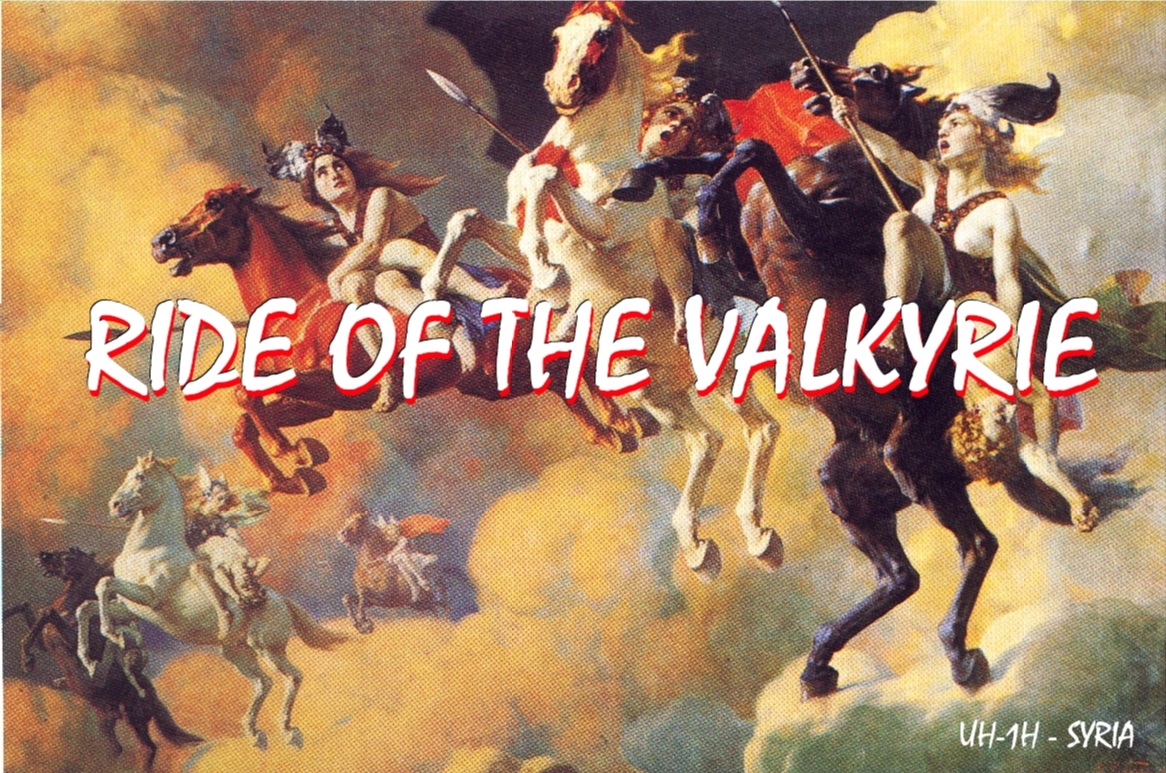 Ride of the Valkyrie - Syria UH-1H

Insurgent forces have entered the Syrian-Israeli DMZ. They seem to be preparing a defense force to occupy the entire DMZ. Syria denies any involvement, however they also don't support military action.

Israel has decided to attack the enemy before they gain any further in strength. Together with 124th squadron, you'll join this massive attack and show of force.