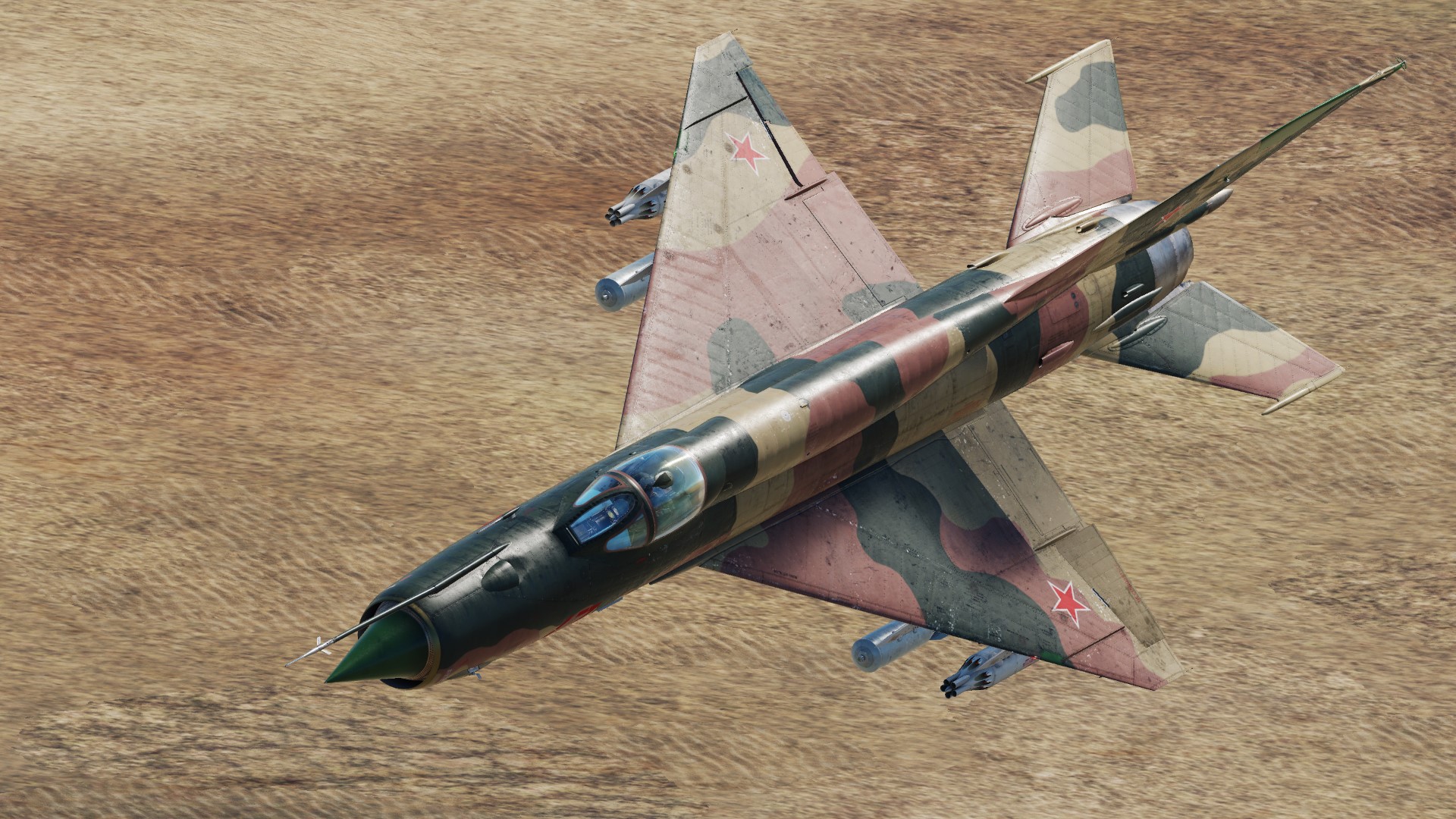 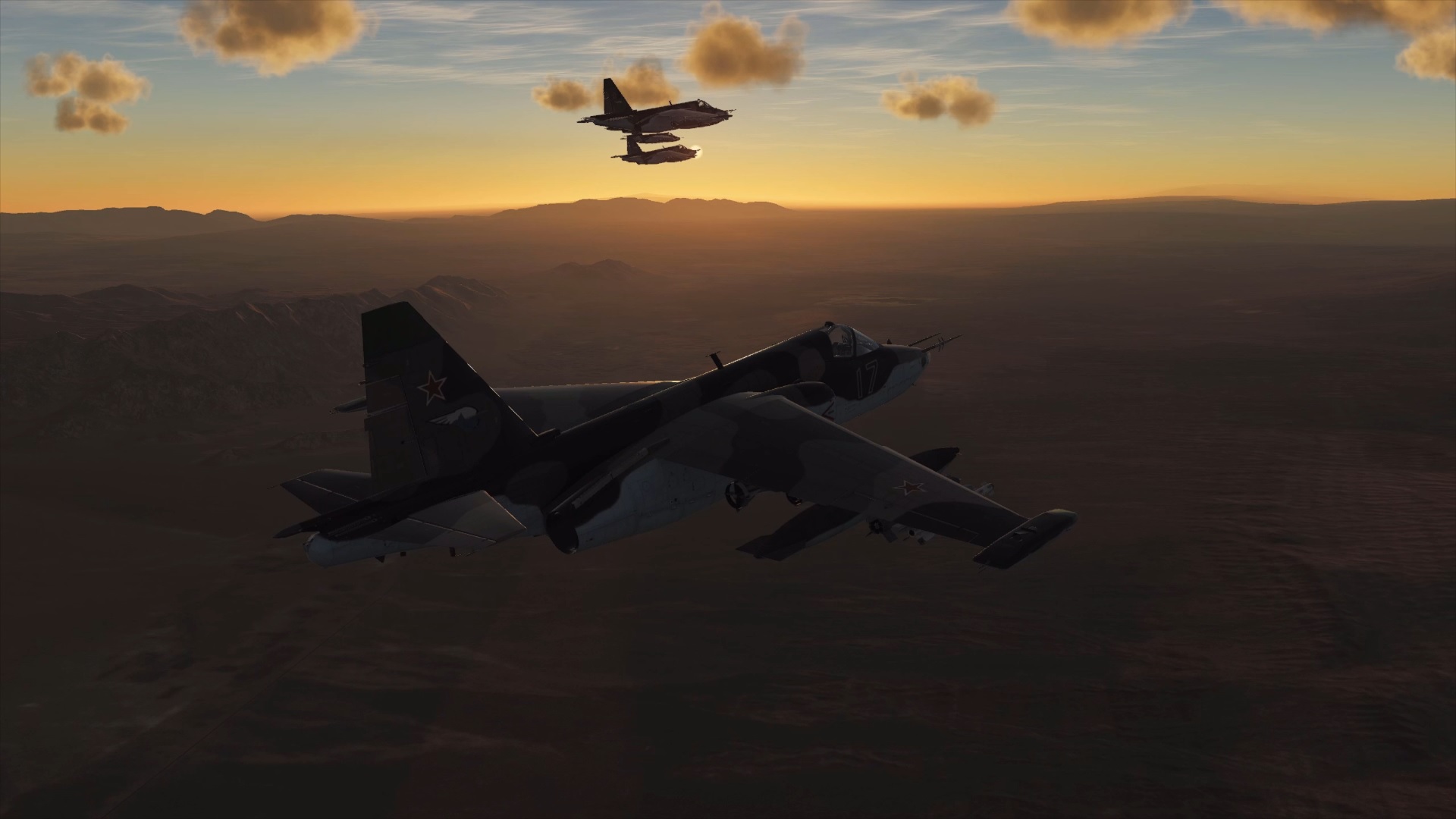 Type - Single mission
Author - Showtime112
After more than seven years of fighting, Mujahideen resistance doesn't weaken. In fact, with direct support from the USA and Pakistan, it only gets stronger. Soviets decide to raise the bar and attack a large Mujahideen training camp in Pakistani territory.
This mission is based on a historic mission flown by Su-25 pilots taking off from Bagram airbase, imitating a flight profile of a transport airplane landing at Jalalabad and then proceeding toward their target at ultra low altitude. Pakistani F-16s didn't respond in time, will this outcome be repeated in this reenactment?
Tags: Afghanistan
Download Detail
DCS: World 2.5
Su-25 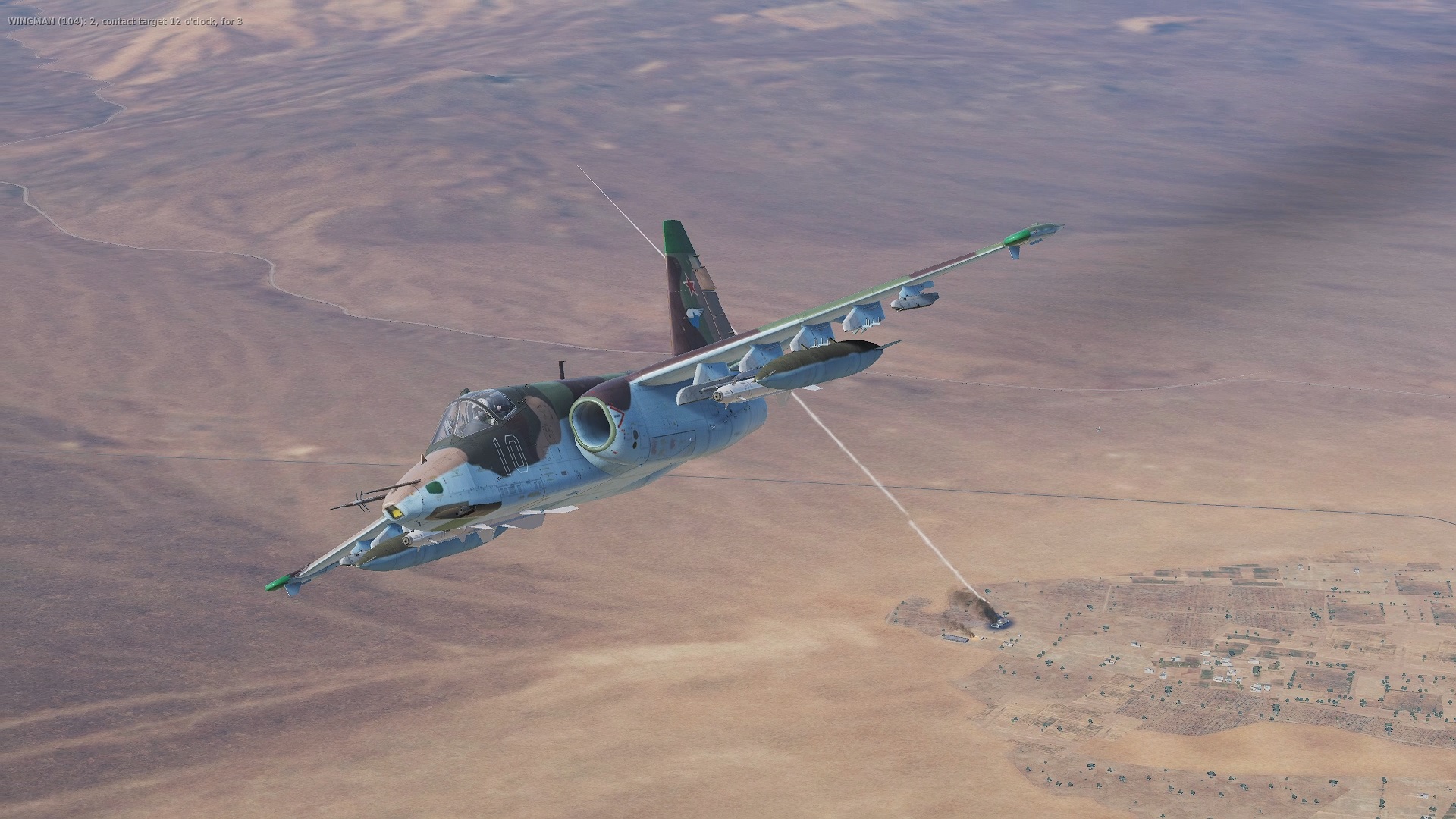 Type - Single mission
Author - Showtime112
Seven years after the beginning of the Soviet intervention in Afghanistan, the end is nowhere in sight. In fact, things got much worse for the Soviets after CIA started to supply Mujahideen forces with Stinger surface to air missiles. Soviet aircraft losses started to mount. But, intelligence service was able to learn about a Stinger training camp location and Su-25s are quickly dispatched to strike it with laser guided missiles.
Tags: Afghanistan
Download Detail
DCS: World 2.5
Su-25 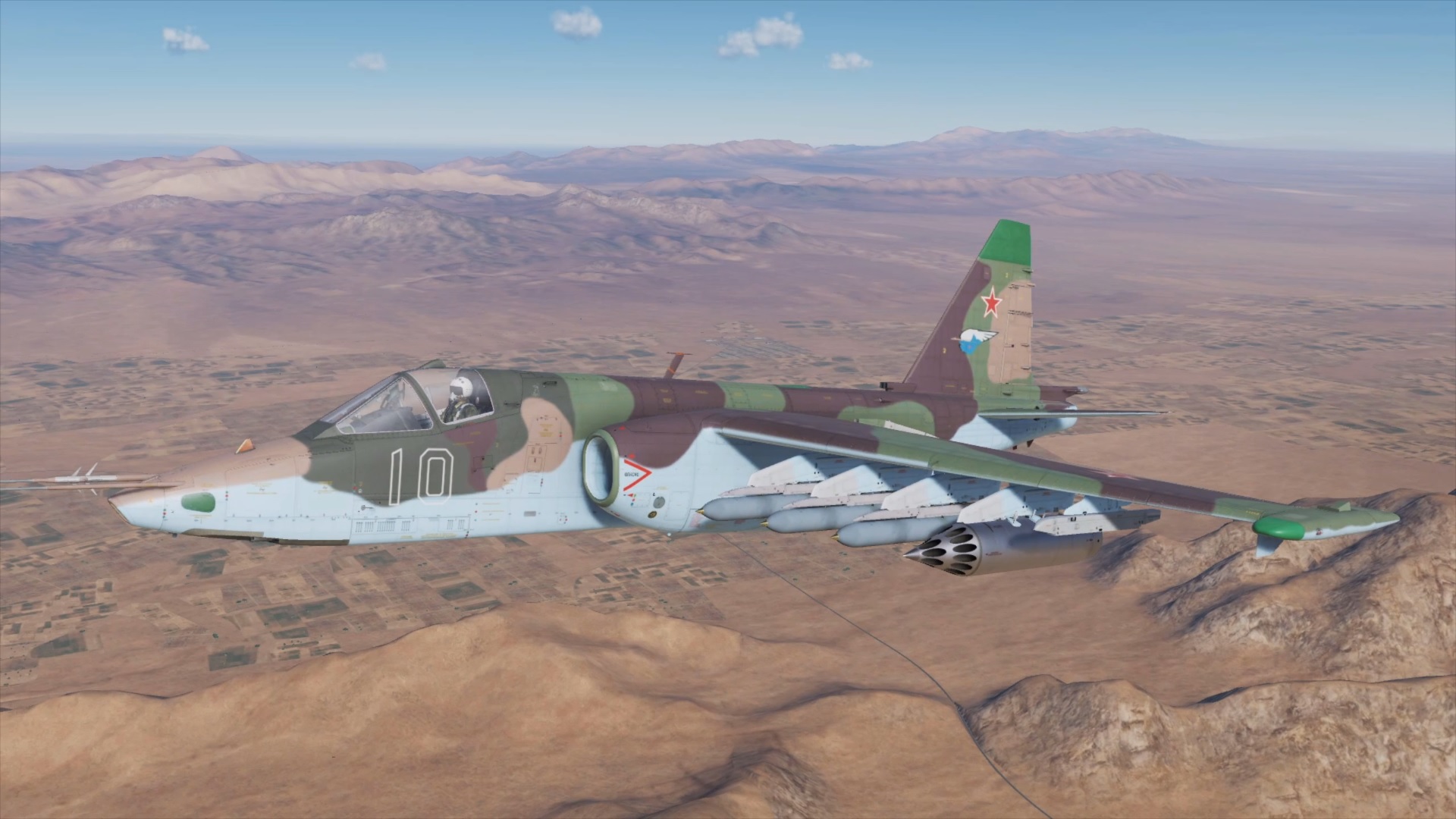 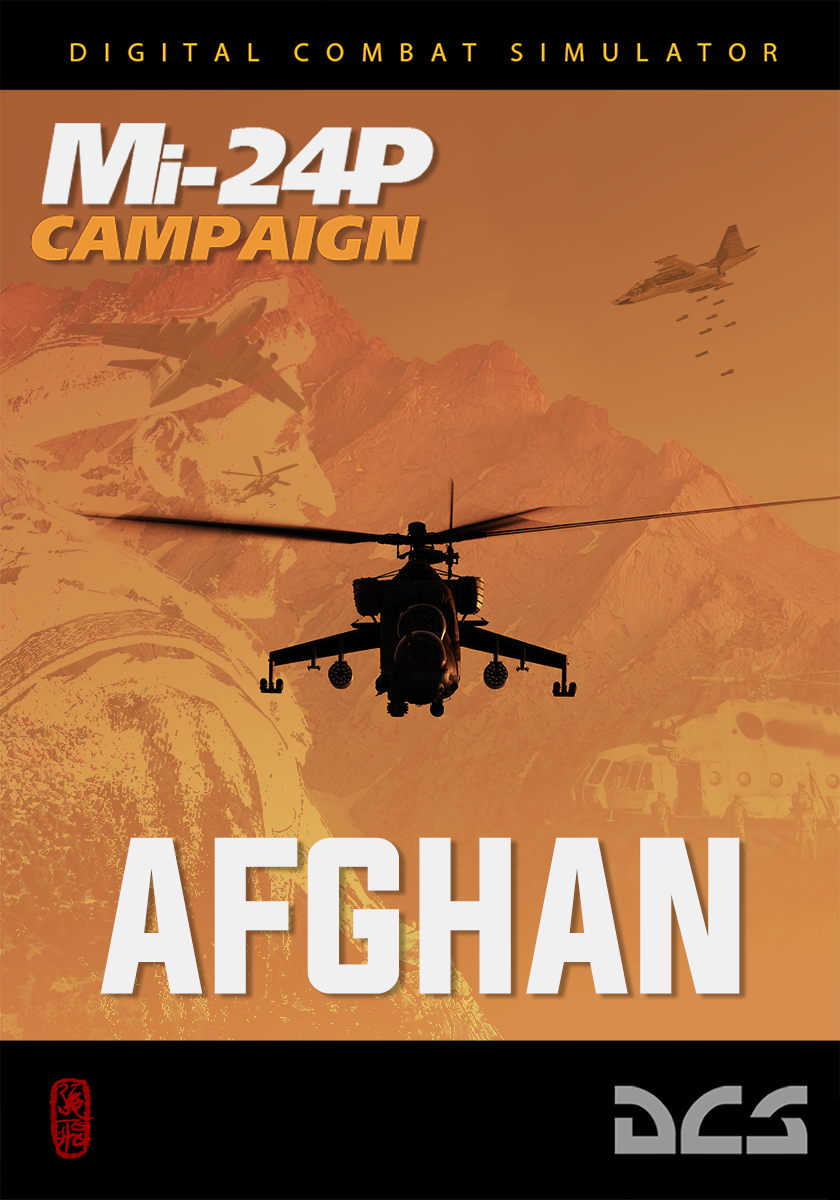 Type - Campaign
Author - faycheung
This is a helicopter oriented multiplayer mini campaign comprised of 6 missions, up to 10 player slots, designed to be run by a host/game master (refer to additional readme in resources folder), inspired by the Soviet Afghan War. This campaign has only been sparsely playtested.
Also included are a few powerpoints specific to Hind operations in mountainous terrain and multicrew CRM notes.

Missions are independent and unrelated chronologically. They may be completed in any sequence with no effect on subsequent missions. However, missions are designed according to the order below with increasing complexity and difficulty. Dependencies also listed below.