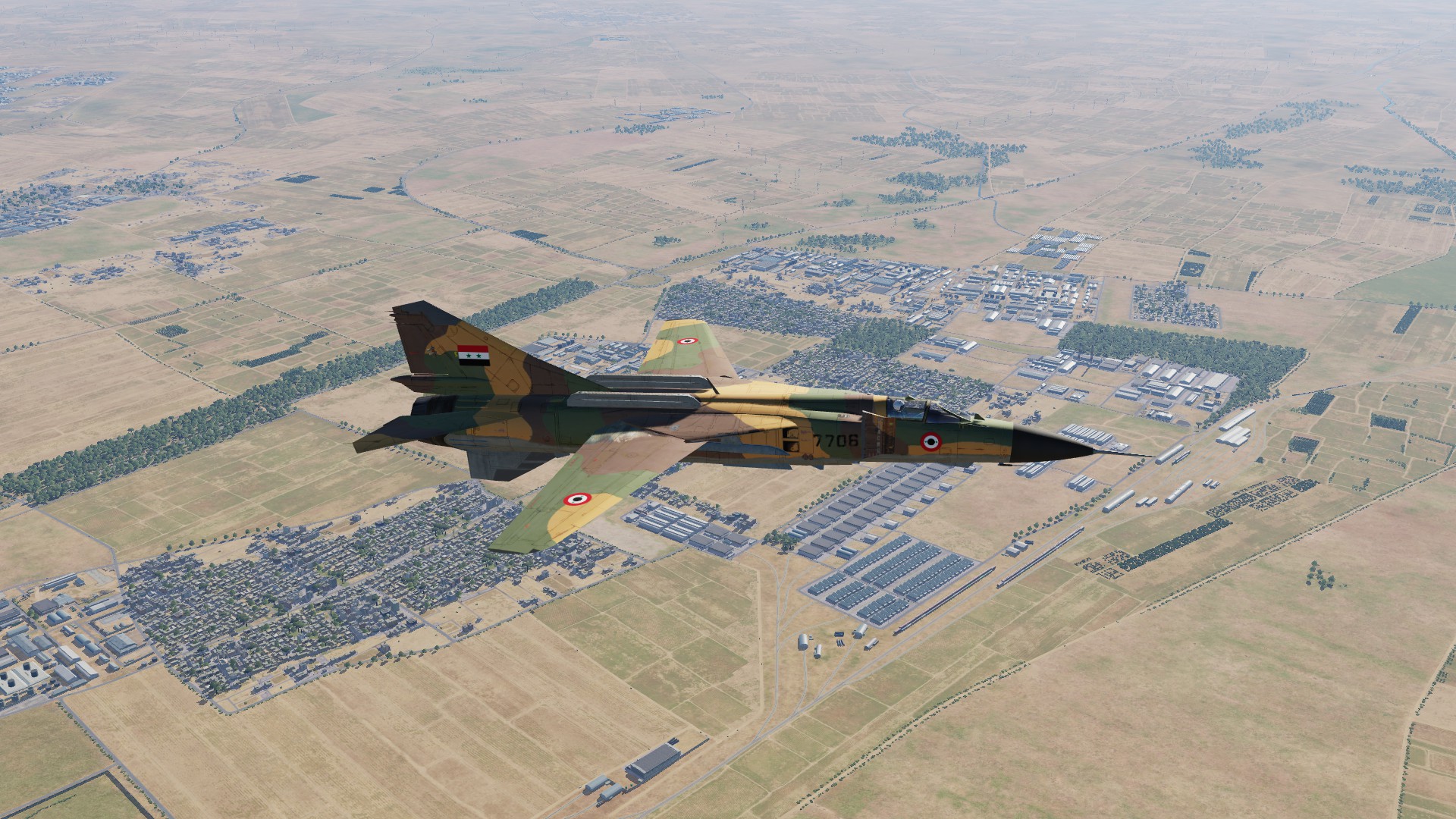 Type - Skin
Author - musolo
Thanks to Devrim for his kind help developing this skin! Checkout his other cool skins for Red jets.
Dark J15-ish remix for Devrim`s SU33 English Grey cockpit. Data link does not bleach out under the sun.
Visit out IC protected server named " EXERCISE RED FLAG".  Join our Discord: https://discord.gg/dstgrnR.
If you like the idea of having worthy adversary and you`d enjoy flying for or against adequate REDFOR this will be right place for you.
Your Flanker will be automaticly armed with  PL12 for BVR and  AG KH31  for SEAD and Anti-Ship Missiles. You can practice BVR combat against  waves of  AI planes and other players. We need test pilots for  BVR, SEAD and Anti-Ship trials.
In Red Flag exersizes Russian Flankers also represent their Chinese J-11B and J-15 versions.
J-11 dark cockpit version is soon to be released too.
Cheers!
Tags: SU-33, su 33, Su 27，SU-27, Su - 33 skin, J-15
Download Detail
DCS: World 2.5
F/A-18C Hornet 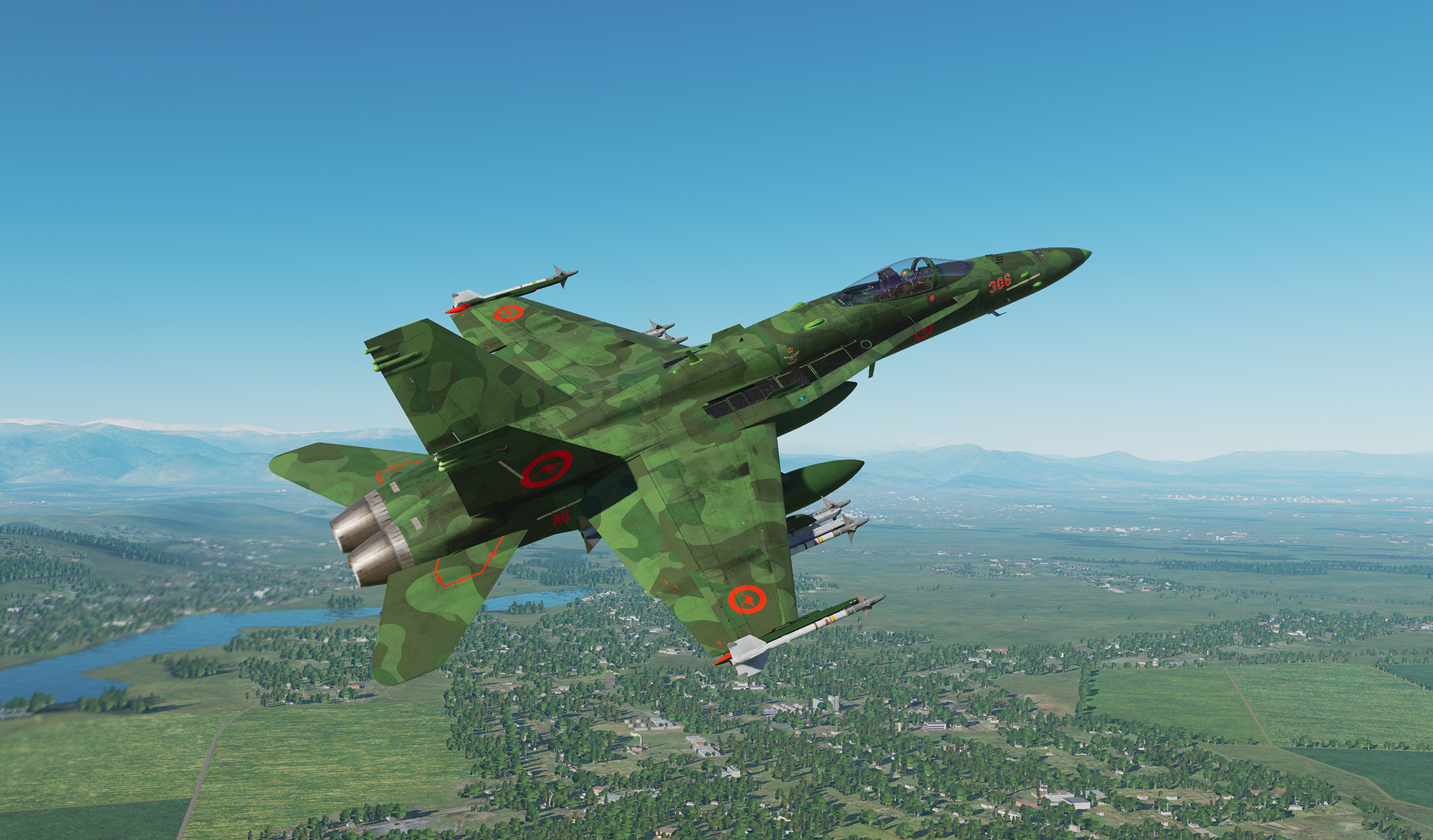 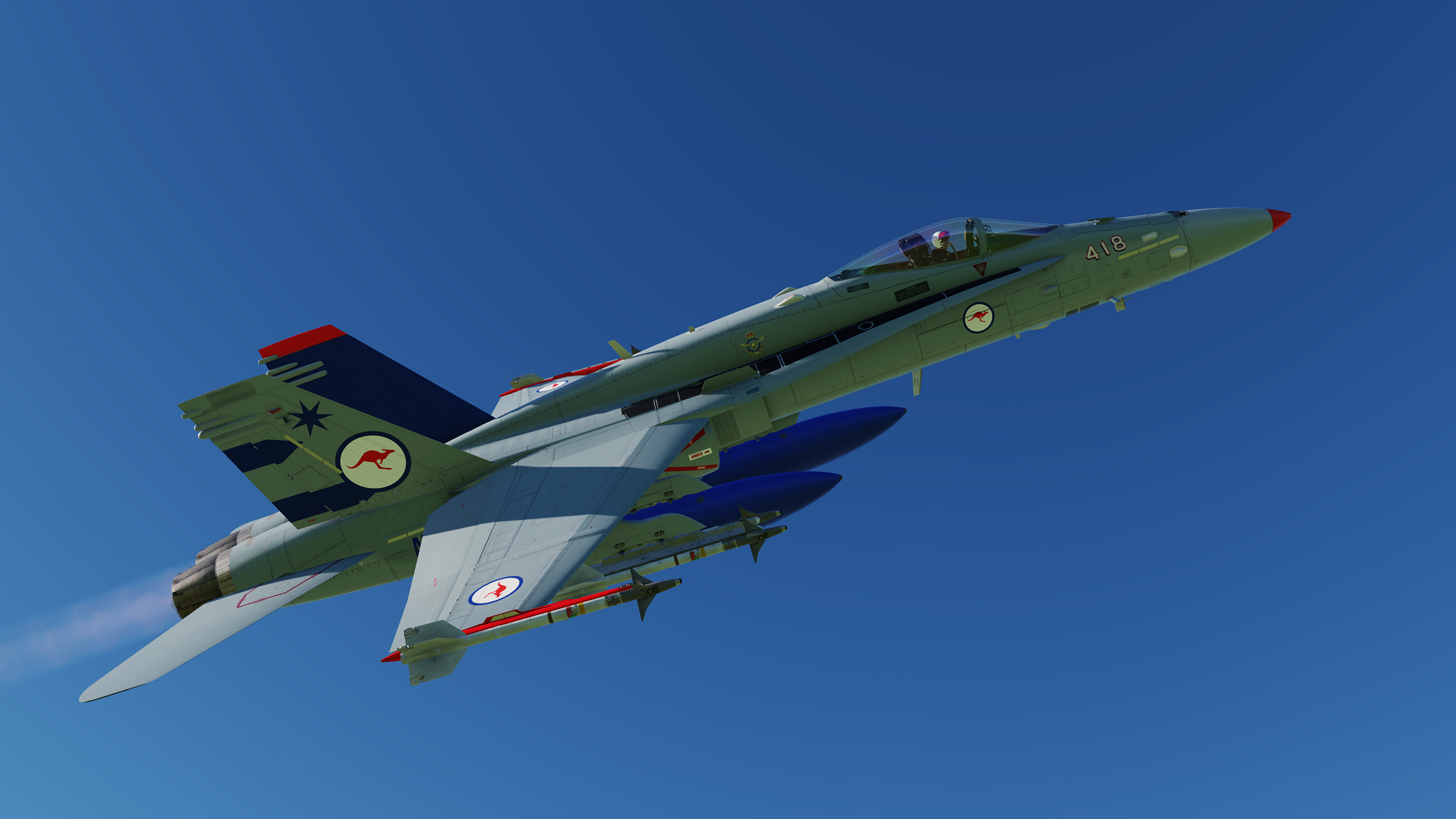 Type - Skin
Author - Wolfthrower
A livery recreation of the RJAF (Royal Jordanian Air Force) F16A Block 20 MLU number 155 of the 1st Squadron.
this particular aircraft began its way in the Belgian Air Force in 1989 as FA-111, and in 2011 was delivered to Jordan as part of the "Peace Falcon V" deal.
The number 1 Squadron was formed in Amman, in 1958, operating the hawker hunter until 1974 in which they were replaced by F-5's.
in 1981 the squadron switched to operating the Mirage F-1C/E. the squadron was deactivated at 2007 and at the same year in december reopened as an F-16A/B squadron, receiving their first ADF falcons from "TUSAS" in Turkey.
today it based at Azraq, with short periods at prince Hasan Air base and Habbaniya (Iraq).

most notable operations of the squadrons are : the enforcement of the no fly zone over Libya during Operation Odyssey Dawn / Operation Unified Protector. and operations against Daesh ( ISIS ). 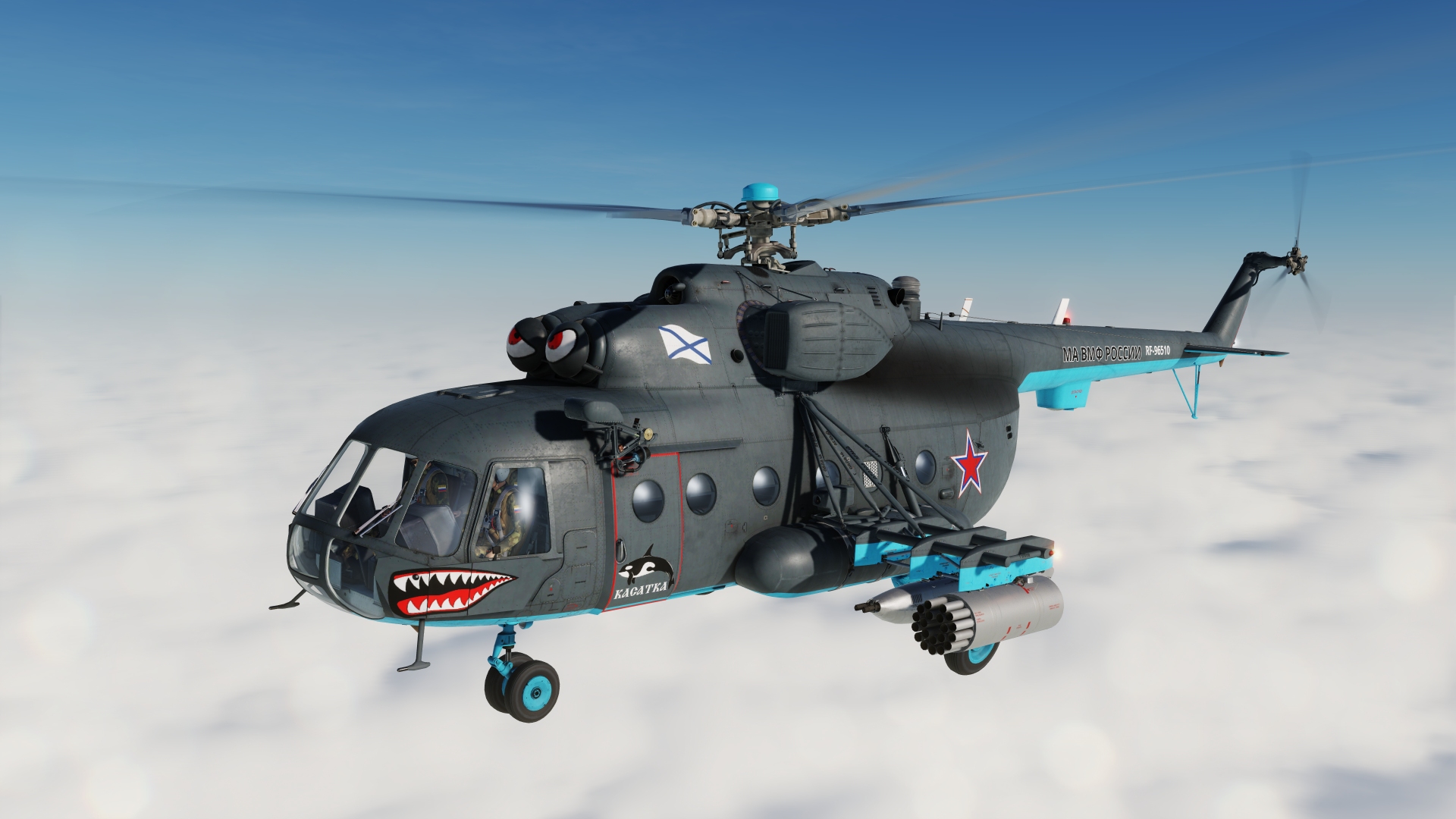 Type - Skin
Author - TillValhalla
Inspired by Russian Navy full black aircraft, with a few touches of my own... She truly does look like a Killer Whale :) To install: Open the RAR file and drag and drop the "Russian Navy Mi-8MTV2 Killer Whale" folder into your Disk:\DCS World OpenBeta\Bazar\Liveries\mi-8mt and enjoy :) I hope you like the livery and if you do feel free to rate it. As always have a safe and pleasant flight!
Tags: Mi, Mi-8, Mi 8, Mi 8 MTV2, Mi-17, Mi-8MT, Mi-8MTV2, Russia, russian navy, full black, МА ВМФ РОССИИ
Download Detail
DCS: World 2.5
UH-1H Huey 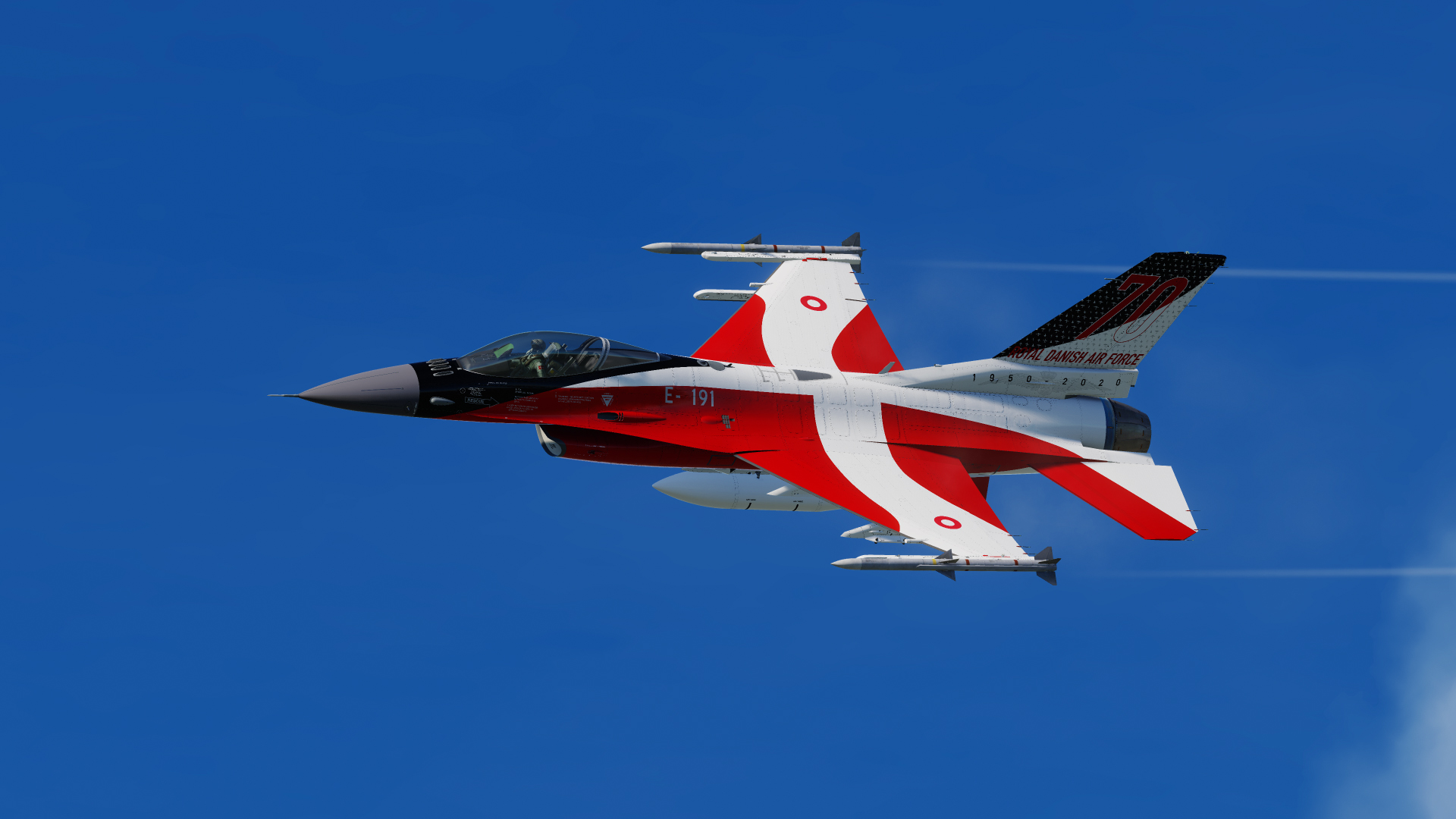 Type - Skin
Author - EIGHTBALL73
On October 1st 2020 the Royal Danish Air Force celebrated its 70 year anniversary.
Based on the ‘Dannebrog 800 years’ E-191 airframe, Mads Bangsø designed a new paint scheme for the tail,
featuring the number 70 and small silhouettes of former and present Danish air force planes.
But due to the corona crisis the project was unfortunately never realised.
At least we can enjoy his work in DCS.