In 2004 the Sultan of Oman dies suddenly leaving the country's succession plan a muddled mess. Oman dissolves into rival factions and civil war, which is swiftly won by the newly appointed Sultan and the Royal Army, but an Iranian backed anti-royalist militia is still operating out of the north and west portion of Oman. A nearby MEU, complete with Harrier attack jets, has been sent to the area to assist the disorganized and floundering Royal Omani Army regain stability in the north of the country.
Tags: AV-8B Harrier, Persian Gulf map, A 2 A Refueling, ground attack, Carrier Operations and more
Download Detail
DCS: World 2.5
AV-8B Night Attack V/STOL 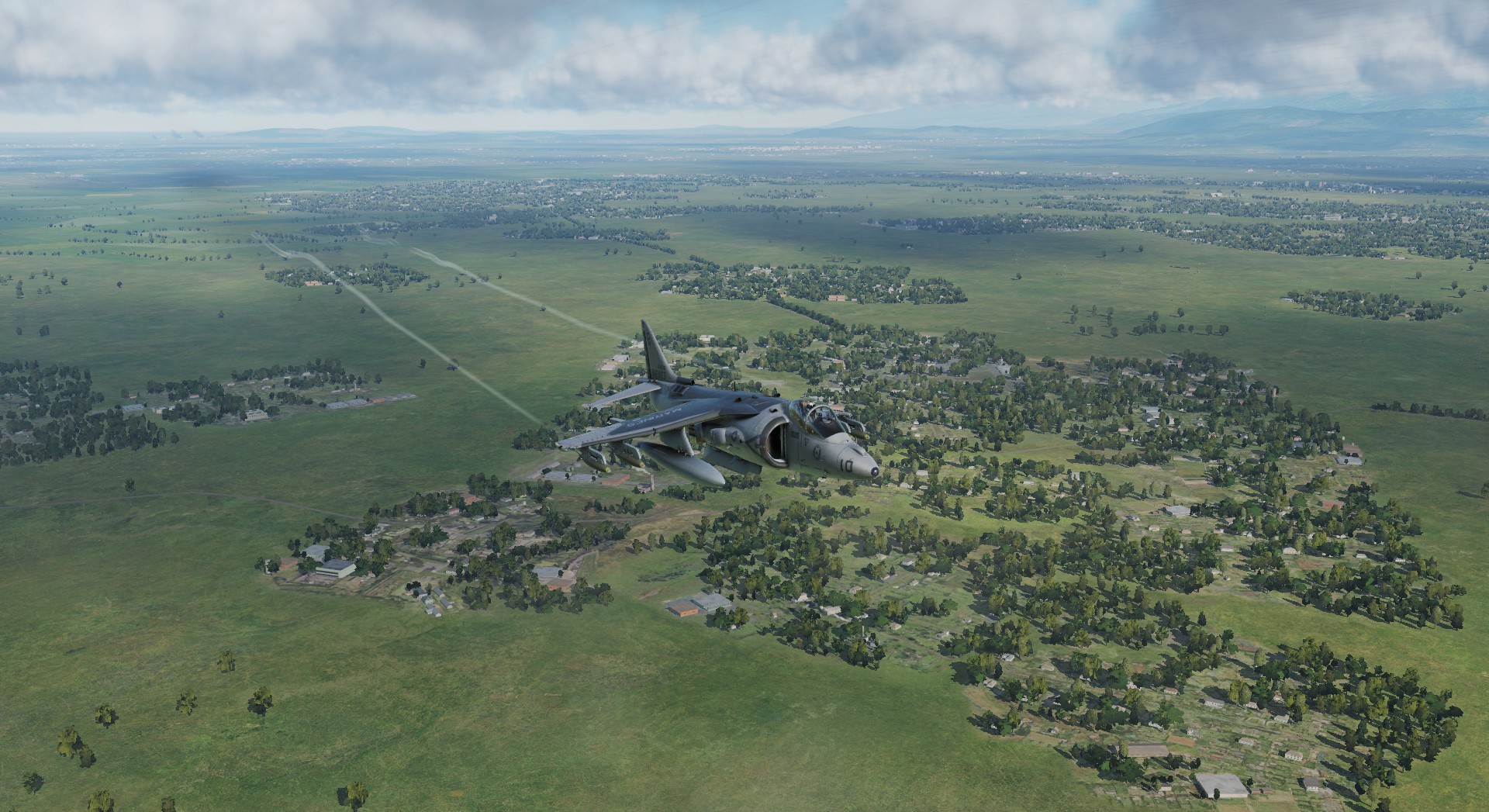 Type - Campaign
Author - Gunnar81
January 16, 2020. Updated to vers 1.2  Fixed first mission to be a 'runway' start on the Tarawa. One of the last few patches has wrecked 'ramp' starts.

An 8 mission campaign taking place in a 2005 Georgia where poor economic and social conditions have led to the rise of an ultra nationalist group known as the 'GNF' (Georgian Nationalist Front).  NATO sends a Marine Expeditionary Unit to help the Georgian government regain control of its border region with Abkhazia where the GNF has captured a swath of territory.
Tags: AV-8B N/A, Air to air refueling, Ground attack, Air to air combat, Night Operations
Download Detail
Prev. 1 Next
FOLLOW US