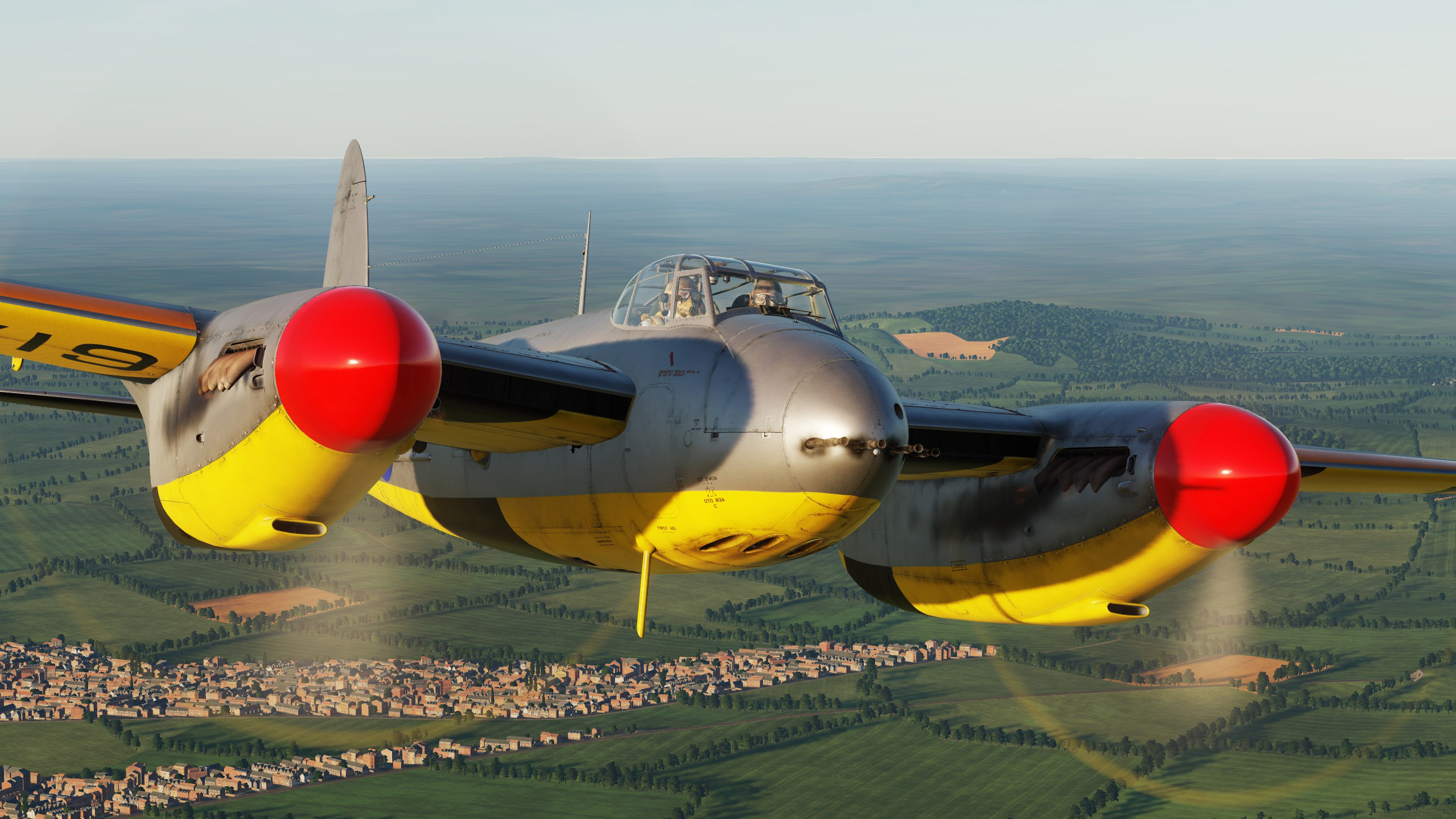 Mosquito TA719 was built at Hatfield in June 1945 and delivered straight into store. It remained in store with various maintenance units with the exception of being flown to Brooklands Aviation Ltd at Sywell for a short period on 9th August 1951 before being returned to store.
The aircraft was again delivered to Sywell on 15th August 1953 for conversion by Brooklands Aviation to a TT.35. On completion it was delivered to 22 MU, saw its first use in its new role at 4 CAACU and from there was issued to 3 CAACU on 30th June 1954, coded 56. TA719 continued in service at Exeter until it was retired on 31st March 1963.
Mosquito TA719 was flown to Bovingdon for the film 633 Squadron and given the civil registration G-ASKC on 8th July 1963. Sporting the code letters HT-G and serial HJ898, TA719 flew extensively for the film.
Following completion of filming, the Skyfame Museum acquired TA719 on 31st July 1963. The plan was to keep this aircraft airworthy, but it was badly damaged in a deadstick landing at Staverton on 27th July 1964 in which the port wing outboard of the engine was severely damaged, along with the nacelles and fuselage underside. As a result if this accident, the Civil Aviation Authority cancelled the registration G-ASKC on 3rd September 1964 as "PWFU" ("Permanently Withdrawn From Use")
Temporary repairs were carried out to the aircraft and a dummy wing attached. In 1968 it once again took part in filming, this time for Mosquito Squadron. Suffering even more, TA719 was used to simulate a crash landing during the filming and was damaged by fire in the process. Items from the aircraft, such as the cowlings, were stolen before the aircraft could be recovered to Staverton.
With the closure of the Skyfame Museum in 1978 the Mosquito was moved to Duxford and the task of restoring the aircraft was given to Ron W. Smouton. A new port wing, constructed to the original drawings was spliced on to replace the dummy wing, and the fuselage, tailplane and nacelles were also repaired.
FOLLOW US